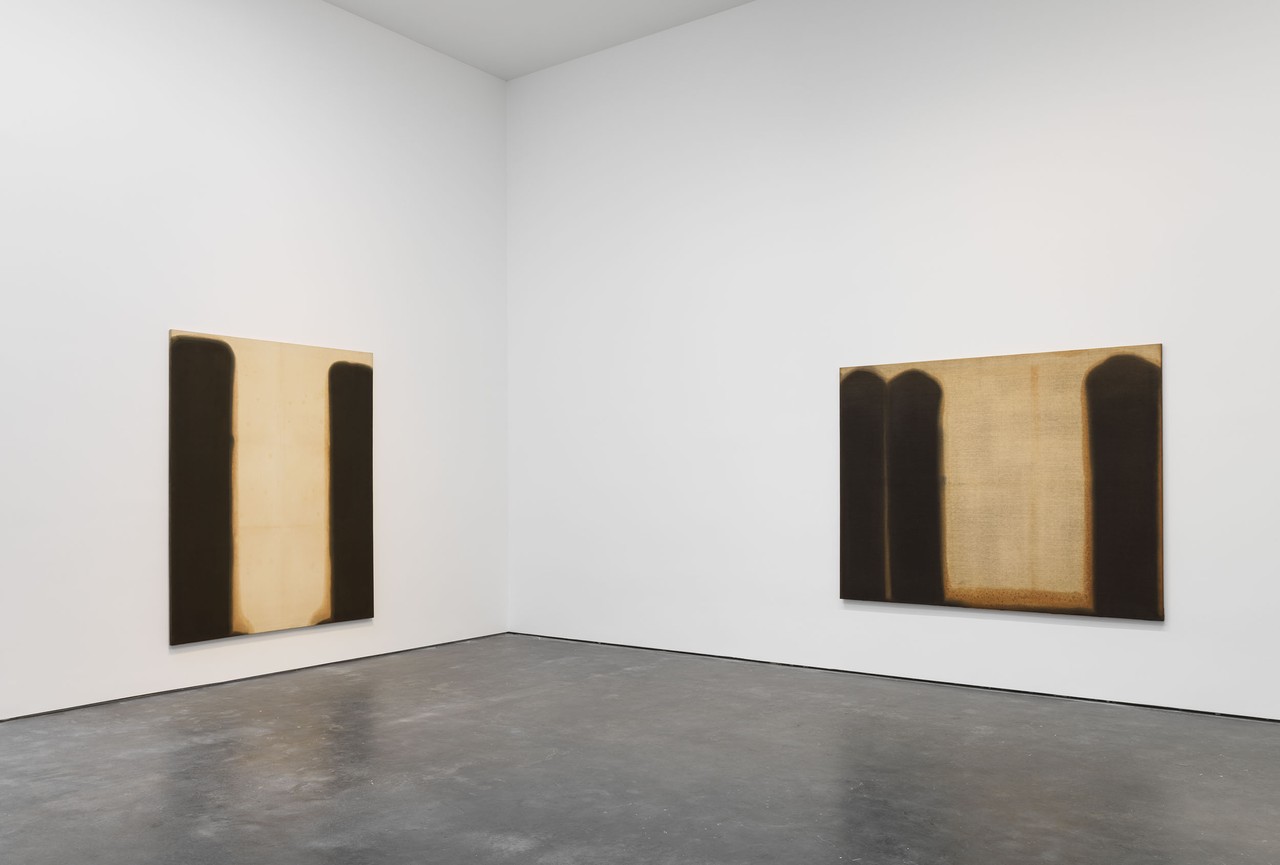 David Zwirner is pleased to present an exhibition of large-scale paintings by Yun Hyong-keun (1928-2007) from the mid-1970s through the 1980s, on view at 537 West 20th Street in Chelsea. Following on the gallery's announcement in 2016 of its New York representation of his work, the exhibition will include an unprecedented selection of paintings in the artist's unique style of monochromatic abstraction, several of which are shown here for the first time. The exhibition marks the largest solo presentation of Yun's work in North America to date.

One of the most significant Korean artists of the twentieth century, Yun was born in Miwon-ri, Chungcheongbuk-do, Korea and received his BFA from the School of Fine Arts at Hongik University, Seoul in 1957. During the 1960s, he became associated with the influential Dansaekhwa (monochromatic painting) movement in Korea, where artists experimented with the physical properties of painting and prioritized technique and process. The scarcity of materials following the Korean War (1950-1953) and the country's relative isolation from the international art world led the artists to construct their own rules and structures in relation to abstraction.

Using a restricted palette of ultramarine and umber, Yun created his distinctive compositions by adding layer upon layer of paint onto raw canvas or linen, often applying the next coat before the last one had dried. He then diluted the pigments with turpentine solvent, allowing them to seep into the fibers of the support, staining it in a similar way to traditional ink on absorbent paper. Working directly on his studio floor, he produced simple arrangements of intensely dark, vertical bands surrounded by untouched areas. The division was softened by the blurred edges caused by the uneven rates of absorption of oil and solvent, and the compositions often developed over several days, even months, with the artist adding further layers or letting the pigments bleed out gradually.

Yun visited New York in 1974, where he encountered the work of American postwar artists including Mark Rothko, which led him to further explore ways to divide the picture plane. His paintings from the mid-1970s through the 1980s revolve around a play between presence and absence, with unmarked areas characterized as intervals rather than dematerialized voids. The inherent physicality of his works and his process-oriented approach, in turn, impressed artists such as Donald Judd, who invited Yun to exhibit at his spaces on Spring Street in New York and at the Chinati Foundation in Marfa, Texas during the 1990s in what would be the artist's first solo presentations in the United States.

The fourteen paintings included in the exhibition are significant examples of Yun's work from this period, when he was also profoundly influenced by the calligraphy of the nineteenth century literary artist Chusa Kim Jeong-hui. They reflect his search for a perfect balance between the material and the immaterial, and by extension, between human beings and nature. As Yun wrote in 1976, "Nature, however you look at it, is always unadorned, fresh, and beautiful. I wonder if my paintings could capture the beauty of nature. No, it would be impossible. Even so, I want to make paintings that, like nature, one never tires of looking at. That is all that I want in my art. Canvas is still made just from those old and familiar materials: cotton and hemp. Looking at it, I always feel its warmth and familiarity. This affinity comes from the absolute simplicity and freshness of the natural fiber. This in itself is a work of art."1