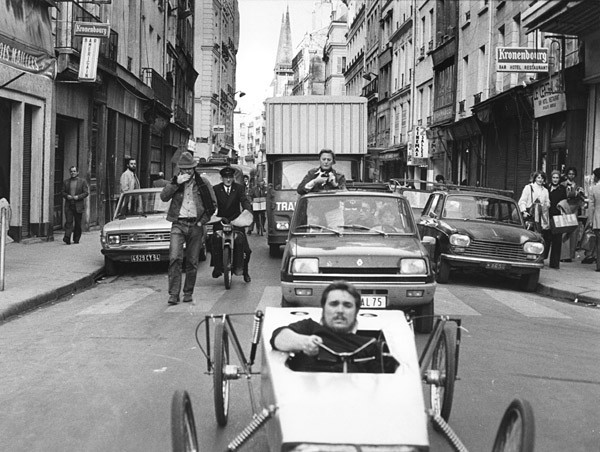 From 8 till 28 June materials from Chris Burden from de Appel arts centre's archive are on show in the basement of de Appel arts centre. In 1975, October 18th, at one o'clock in the afternoon started at the performance/exhibition Art and Technology by the American artist Chris Burden (1946-2015). The invitation stated: 'it will last long ...'. Burdens performance eventually lasted four days.

During his stay in de Appel the artist assembled a lightweight car that he had previously constructed in three months in Los Angeles. The design of the B-Car derived from bicycles and airplanes and sought an optimal distribution of body weight. Burden wanted to drive it to Paris and exhibit it in Galerie Stadler, but because of the lack of a registration certificate, the car was transported to Paris, after several rounds through Amsterdam. Locussolus delves back into this special project.

Chris Burden began his career as a performance artist in 1971 with the performance Shoot, in which a friend shot a bullet through his left arm. In the seventies, the heyday of conceptual art and body art, Burden made name with poignant performances in which he publicly stated his body to the test. Later he became world famous with large-scale sculptural works and installations. Chris Burden is deceased earlier this year at age 69.