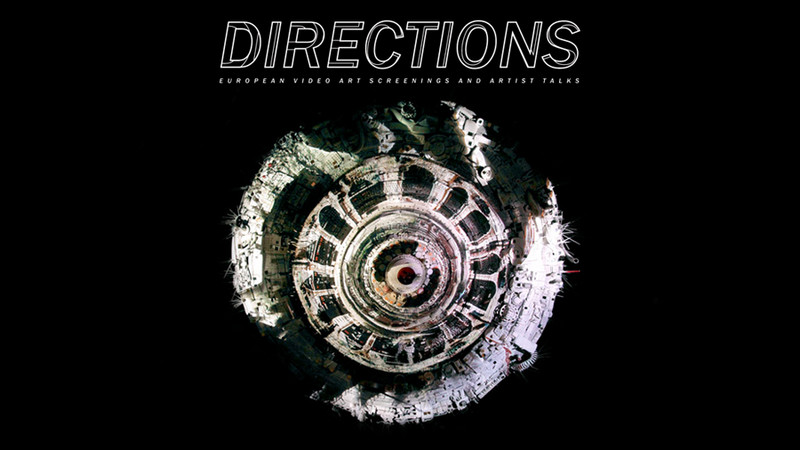 the screenings are from 6 – 11 pm
Admittance: free

The second edition of Directions will continue to investigate what lies between video art and cinema, revealing the influences that lead the artist through his or her creative process. The different interpretations of the cinematographic language, that have followed from its origins to today, are a fertile ground for artistic experimentation. This makes the interrelations between cinema and video art more and more frequent, and the two scenes now seem to feed each other. The selected artists are able to use the cinematic language in a personal and unique way, in order to create their own universe reassembling the film grammar.

Developing connections between the selected artists by facilitating a dialogue that puts relations and differences as well as the relationship with the cinematic form in the foreground is one of the main goals of the project. Thus, the project favors not only the screenings, but also the need to deepen them.

Müller is an artist working in film, video and photography. He is based in Bielefeld and Cologne, Germany. "Like Peter Campus’s work, Christoph Girardet and Matthias Müller’s film 'Cut' (2013) renders the screen as a skin to be punctured and penetrated, with the cinematic interface acting as a fragile boundary between inside and outside. Through editing found footage with surgical precision, they craft a disturbing montage that exploits our reflexive identification with the figures we follow onscreen (what film theorists have evocatively called 'suture'). Closeups of wounds, spilled blood and other unsettling tactile images inspire a certain nausea as the film potently cuts through self and other, the 'flesh of the world' and our very own blood and guts." Jon Davies, Depth of Perception, curatorial essay for Oakville Galleries, January 2014.

Wednesday 16, Thursday 17 2015
Ali Kazma - Play
Ali Kazma is a video artist who received his MA degree from The New School in New York City. His videos raise fundamental questions about the meaning and significance of human activity and labor and the meaning of economy, production, and social organization. 'Play' stages the representation of the body through an artistic discipline; the theatre. Shooting the Wooster Group’s Hamlet rehearsals and the actual performance, Ali Kazma takes the audience into a haunted world where the borders between the past and the present, the original and remake, real and representation are skilfully blurred; a world of ghosts that evokes contemplation on memory, loss and death in a seemingly contrasting technological set-up."

Born in Budapest (Hungary) in 1984, lives and works between Amsterdam and Budapest. “Alexander and the Toad" is part of an ongoing video series called "The Originator". The video is an introduction for further series in which the main character ­ supplemented with further figures ­ will participate in a mutual carnivalesque procedure to meet what they call the Originator. "Alexander and the Toad" is based on a 17th century alchemical text (which fragmentally shows up in the video). This cryptic text - "The Vision of Sir George Ripley by Eirenaeus Philalethes" - tells the story of the basic alchemical trans­substantional procedure using the image of a Toad to explain the correct way of the alchemical operations for the alchemist.