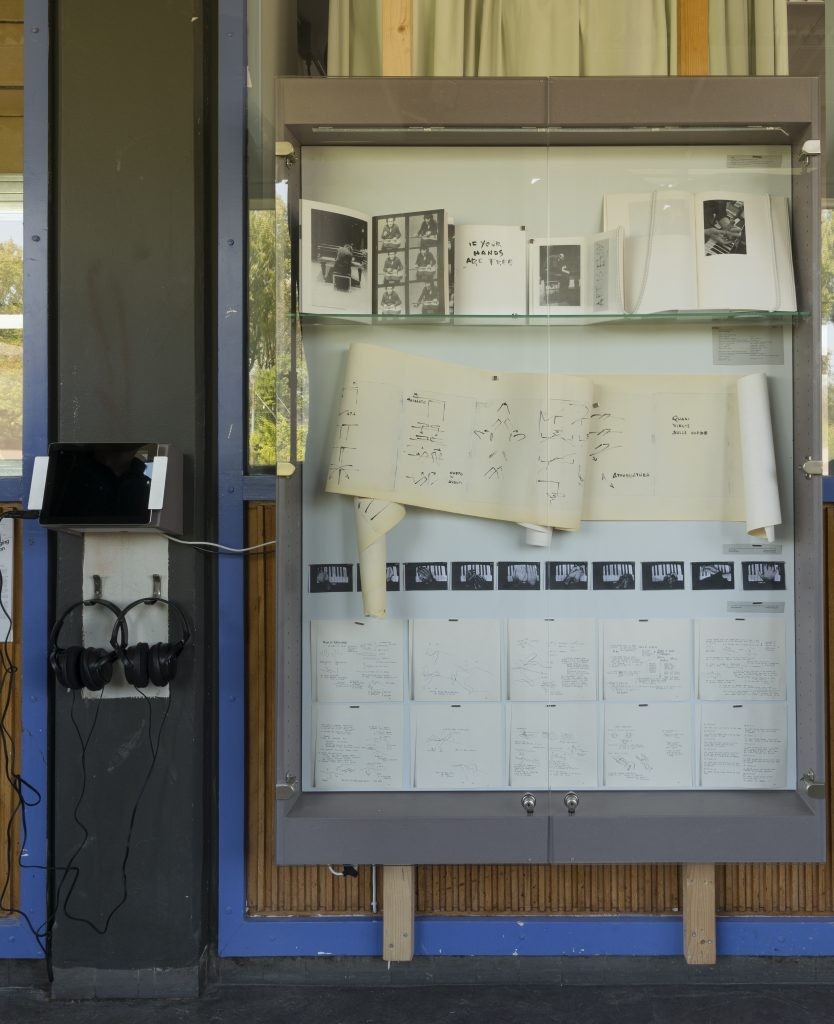 This FOOTNOTES presentation of a visual score by Giuseppe Chiari (1926 – 2007) balances off Christine Sun Kim’s intricate visual representations of sound through drawing. Consisting of visual instructions for a composition, Chiari bypasses traditional modes of musical notation. He considers a score not only “as a basis for producing sound, but also as a painting to look at, in which the notes and the representation of gestures become visual elements”.

In 1979 Giuseppe Chiari was invited to the Holland Festival, upon invitation by De Appel curator Josine Van Droffelaar. He performed three concerts: in Amsterdam, Groningen and Rotterdam.

The FOOTNOTES presentation is based upon a visual score recently discovered (again) in De Appel Archive, and which was used for the above performances. The score will be on view, alongside a video registration of the 1979 performance in Groningen.

Giuseppe Chiari was an artist, composer and philosopher. He was part of Fluxus and Gruppo 70 and a supporter of intermedia work conducted between music, speech, gesture and image.

FOOTNOTES is a new, recurring exhibition format at De Appel. Its aim is to build upon, comment or deconstruct a motive from the main exhibition from within De Appel Archive or from an historical perspective.
www.deappel.nl