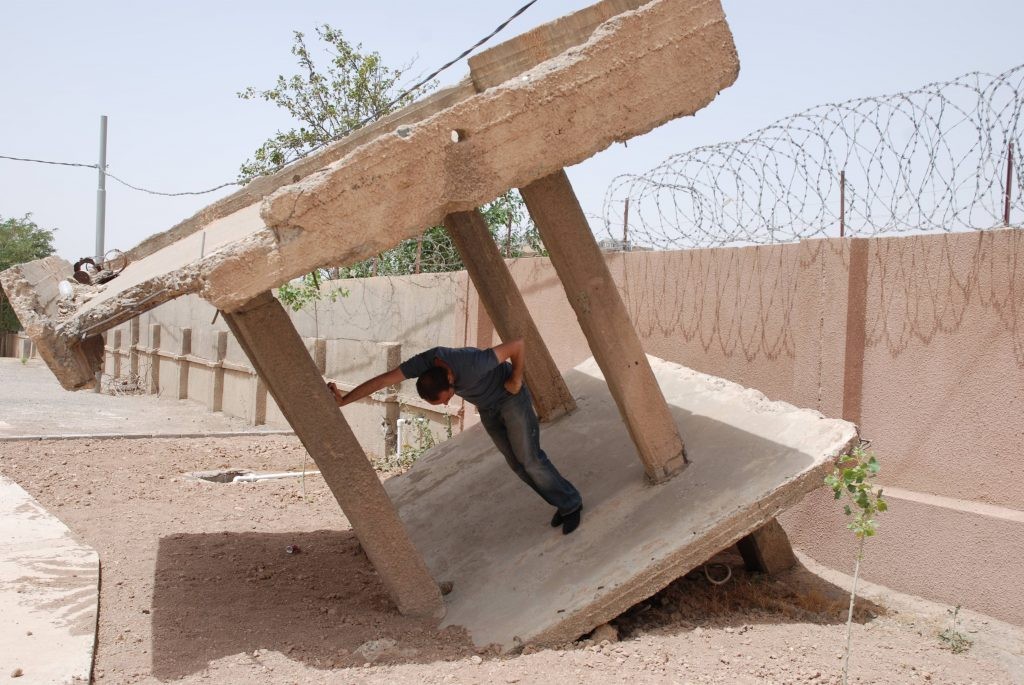 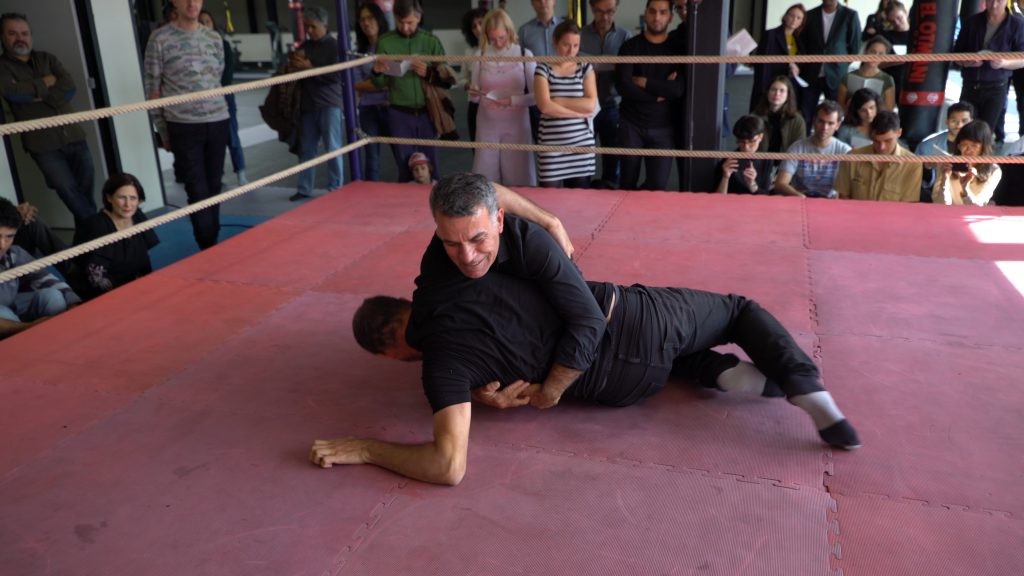 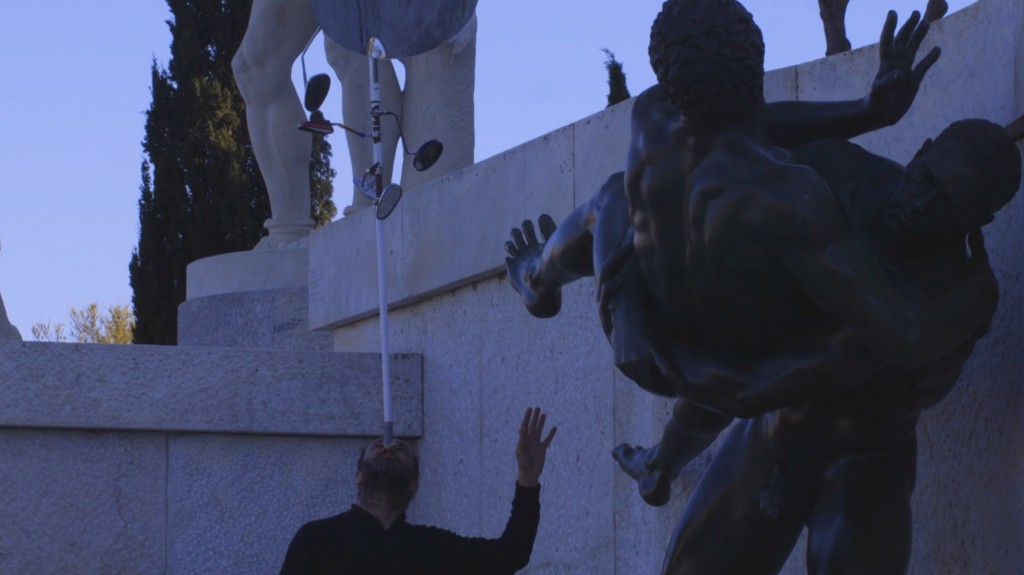 “After they stabbed me under the bridge, they ran away. I slowly lay down on my back. My breath was very cold because I was surrounded by snow. It was after midnight, December in Amsterdam Nieuw-West. I was looking at the underside of the bridge. My lungs were cold; blood was dripping down into my lungs. Each drop would warm them. It was pleasant.”

The above account is by the Berlin-based artist Hiwa K (Kurdistan-Iraq, 1975) and concerns a certain K, a fictive persona the artist regularly quotes. K, at the time a recent immigrant to the Netherlands, was violently attacked by four people on a cold, snowy winter night. They perforated his lungs with a knife and abandoned him, leaving him for dead in the freezing street. K, according to the artist, had never felt welcome in the Netherlands and eventually opted to leave the country.

With this story in mind, De Appel invited Hiwa K to Amsterdam to collaboratively produce two new works and an exhibition in which the artist addresses severe acts of violence and conflict.

Similarly, in deDutched, Hiwa K investigates if there is a way to share a common experience with the former perpetrators of K beyond questions of guilt and retribution, resolutely opposing a formal closing of the case. The work foregrounds a mysterious stone sculpture that gives off heat, a quintessential element of domesticity. As such, the object engages notions of existential foreignness and exclusion as experienced by K, who was on the brink of becoming homeless at the time. Additionally, a sprawling yet personal accumulation of drawings and documents accentuates these ideas.

Decidedly more performative, and defined by the artist as an “occasion”, Pin-down (2017) stages an intellectual wrestling game between Hiwa K and Bakir Ali, an Iraqi-Kurdish philosopher and writer currently working as a taxi driver in Berlin. Over the past years the artist and the philosopher have had wide-ranging poetic and philosophical conversations, which initially took place in intimate settings. Together they discussed the Kurdish question, ideas of non-belonging and “tracelessness”, “horizontalism” versus “verticalism” and an unfixed understanding of the world.

Recently, however, these encounters have shifted towards intense, and notably amateurish, wrestling-sessions, in which the movement of bodies acts as a memory tool. These unfold not as prescribed performative gestures but rather organically, anytime the conversation comes to a verbal impasse. For Pin-down, Hiwa K challenges Bakir Ali to a public “battle” staged at the renowned El Otmani Gym fight club in Amsterdam Nieuw-West. The work is shown here for the first time as a three-channel video-installation.

In addition to these newly commissioned projects, a concise selection of previously produced artworks by the artist completes the exhibition. The works Star-Cross (2009), Pre-Image (Blind as the Mother Tongue) (2017) and A View From Above (2017) revolve around make-shift solutions and thoughtful approaches to staging complex mnemonic situations that involve acts of violence or experiences of displacement.

Taken together, these five works negotiate how conflicting notions of hospitality and hostility determinedly inform everyday migrant experiences, as well as ways in which memory intermingles with narration. In so doing, they hint at a multifaceted pragmatic world of amateur immigrant tools that bypass official methodologies of remembering.

To remember, sometimes you need different archeological tools idiosyncratically connects Hiwa K’s poetic understanding of the world and his open-ended artistic approach with a flexible curatorial undertaking. The resulting exhibition hints at these strategies and encourages the visitor to enter it and start engaging with it...

Hiwa K rejects normative aesthetic definitions by exploring alternative artistic possibilities that engage oral histories, social confrontations and politically charged situations. He is motivated by accounts that family members or friends share, and by everyday narrative forms shaped by pragmatism and urgency. The artist often seeks out collective and participatory dimensions in his work through which he proposes alternative modes of learning. Hiwa K’s projects are shown at Documenta 14, the 56th Venice Biennale and Manifesta 7, and at renowned art institutions such as the New Museum, New York; Serpentine Gallery, London; KW Institute for Contemporary Art, Berlin and M HKA, Antwerp. Hiwa K is autodidact and often criticizes the heightened professionalization of artistic practices, as well as the myth of the individual artist. He is also a flamenco guitarist.