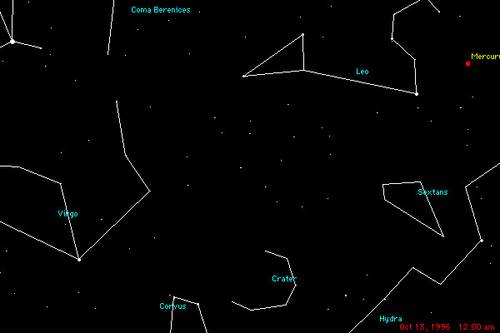 Mercury in Retrograde is an exhibition of twisted timelines, hallucinated futures, and historical chain reactions. It is an experiment from which to launch expeditions into vanished histories - a momentary repository for new thoughts gleaned from sedimentary deposits in time. Mercury in Retrograde cracks open the notion of authorized collective histories, with examples that explode and decipher the codes of our constructed reality.

In a spirit of exchange with the Rijksmuseum in Amsterdam, a prized selection of 16th century objects excavated from the ice of Nova Zembla is presented at De Appel. The myth of the collective wintering of Dutch explorers in the severe Polar environment has been subject of study to generations of writers, archaeologists, adventurers, and explorers. Select navigational tools are accompanied by Sven Johne’s double images that tell the stories of people whose various endeavors ran aground on the tiny Baltic island of Vinta.

Many of the new commissions and presented works at Mercury in Retrograde remain haunted by past narratives, connected only by collisions, with unexpected outcomes, coincidences, aliases, ghosts, and disappearances.

An untapped history of the building of De Appel is unearthed in an installation by Michael Blum, re-staging the established bank Lippmann, Rosenthal & Co., bequeathing a potent, and valuable story back into the Dutch contemporary discourse. Mariana Castillo Deball traces colonial history, and inserts the story of the relocation of the giant stone of the God Tlaloc in an audio piece, as the listener weaves through the antique shops of Amsterdam.

Omer Fast implodes viewer’s definition of time with his re-sampled interviews with living-history museum interpreters, while Missingbooks revive the story of the disappearance of radical Argentine intellectual Rodolfo Walsh, and the subsequent eradication of his subversive short story. Aurélien Froment’s trompe-l'œil constructions set the stage for a guided tour through a mysterious landscape, while Ohad Meromi proposes the Moon a new set for fiction. David Maljkovic revisits cultural heritage by alighting from the future, and excavating a monument.

Exposing production of myth and reality and challenging the re-writable nature of history through time, the exhibition ranges from Fernando Sánchez Castillo’s operatic saga of an allegorical and “standardized” coup d’état to Khalil Rabah’s investigative re-appropriation of the tulip that traces the origin of the flower to Palestine, and from Dmitry Gutov’s poetic criticism of Western art history with the activities of the Lifshitz-Institute to the incongruous mix of authority and popular imagination in Tilmann Meyer-Faje's publication on the occasion of the 400th birth anniversary of Rembrandt. Stephan Dillemuth’s explorations of 19th century reform movements look into the archives of Dutch social visionary Frederik van Eeden. Throughout the exhibition emerge the still unopened envelopes from1983/84, of Johan Cornelissen’s journey along the ever elusive line of the equator.
www.deappel.nl