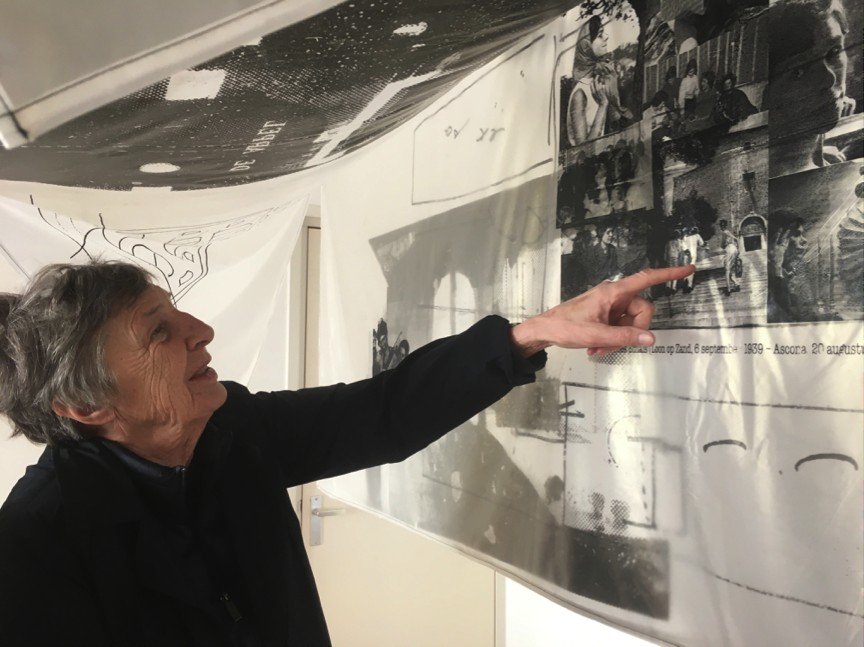 Philipp Gufler is an Amsterdam based artist working with performance, text, video installation, artist books and silkscreen prints. In his journey researching sexual politics, gender identity and sociability he talks with contemporary witnesses and looks into unexpected sources. And then as always: one discovery leads to another. Via the grassroot archive forum homosexualität münchen, he stumbled with Richard John Jones on Bei Cosy, an eminent Munich artist bar.

While working on a re-embodiment of a performance by the Dutch artist Ben d’ Armagnac he stumbled upon Wies Smals, who, as one of the first in Europa, invited performance and video artists from the Netherlands and abroad to work with new art forms. He was touched by her vanguard story, and dove into it. He researched De Appel Archive and met with acquaintances of Smals. He talked to longtime partner and childhood friend of Smals; Marijke van der Wijst who is an exhibition designer and interior architect. Smals and van der Wijst stayed together until Smals died tragically on a flight crash in the Swiss mountains in 1983. Gufler assembled Smals story to unravel her life and vision about what a place for art should be, reflected in the set-up and lay-out of De Appel.

The outcome is a new part of Gufler’s ongoing quilt series that reflects Smals life and Guflers personal quest in art, gender and sexuality. Quilt #23 (Wies Smals)” will be revealed on the 10th of July during AO/OA in De Appel Archive, it will stay on view until the end of September.