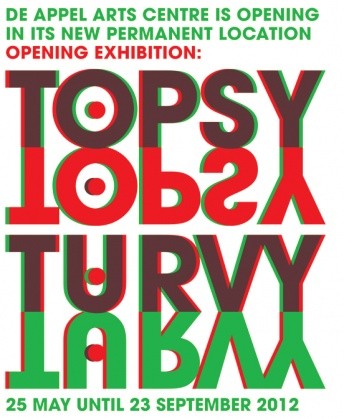 The first exhibition in the new premises is based on the popular carnival festival. In addition to being a period of excess before the austerity of Lent, carnival is a time in which the world is temporarily turned upside down in a collective masquerade. The existing balance of power, codes of conduct and values are thrown overboard and satire reigns supreme. Socio-political commentary and criticism go hand-in-hand with an exuberant party atmosphere. Everything and everyone temporarily assumes a different identity and everyday reality is seen from a different perspective.

Through their work, artists also suggest alternative ways of looking at reality and experiencing it differently. They invite us to approach the world in an unusual way. “Topsy Turvy, Long live the upside-down world!” explores the ways in which they liberate reality from the constraints of convention. A range of artists – from the nineteenth-century painter James Ensor and the V-for-Vendetta illustrator David Lloyd, to the film producer Matthew Barney and the artists Melanie Gilligan and Markus Selg – present films, installations, paintings and performances which are directly or indirectly inspired by carnival. It is an exhibition of festive and critical works in which the familiar suddenly no longer appears to be so familiar.
www.deappel.nl