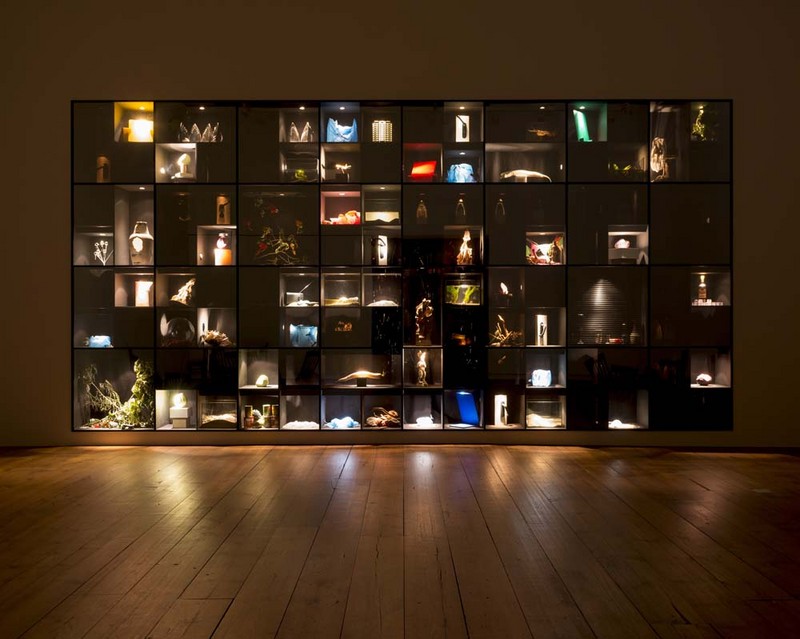 “Trust me – I’m an artist,” Gabriel Lester says sometimes. Should we trust that he is an artist? Should we trust whatever he says because he’s an artist? What if he says “I am Kanye West”? What if he says this artist run exhibition, which has put its shoulders under the troubled institute, is about creating a composition of autonomous universes with a centre that is not the artist himself? Should we not look surprised when he says each separate element is a group show in and of itself? Should we have confidence in his friends’ intentions to play along the lines of a crew in production and narrative making? Should we believe that the excessive figure of the artist is necessary for collective celebration and joy? "See you in the future," Gabriel Lester cheerfully calls, as if everything that comes to us is coming to meet us.

The roots of Gabriel Lester's practice are in the electronic, in sample music and in experimental cinema. In the eighties and nineties he was active rapper, poet and beat-creator as a member of various groups and so-called crews. Later he directed music videos for Dutch R & B, house and hip hop and edited art videos for artist friends. With a selection of video clips and performances Lester was admitted to the Rijksakademie, where he developed into a visual artist between 1999 and 2000. The exhibition Unresolved, which is also known by titles such as Unhappen, Apple Z, Præmonitions, The Nine Day Week and Seven Hills Secrets, is a collection of collective productions between 1996 and 2016.

Changing twists and turns begot this exhibition, apparently, because what was right Monday was all wrong on Thursday. Foreshadows, composite characters speak of doppelgängers with mistaken identities – like a stick insect that’s not a real stick, but so convincing that even a real stick thinks it is. Likewise, gestures and body language reveal the concealed intentions with which strangers recognize each other at the agreed meeting place. Yes, you still find each other. Just as we agreed in adolescence to meet again at the tower on a date a century onwards. We did it like we hid small trophies in the earth, with the future finder’s phantom enjoyment in mind. In the many cities with seven hills, like Rome, Brussels, Jerusalem, Mecca, Vilnius, Moscow and Prague, a secret is probably hidden under every hill. But these are the speculations and loose ends spoken of in a cafe called Onions on an island of disappearance and appearance, where the Bacardi rum headquarters, a remarkable building, is questionably copied from a copied original.

During the course of the exhibition performances by Miet Warlop, Alex Bailey, Danielle Freakley, Lisa Rosenblatt and Vaast Colson will be featured.

June 28 there is a Artist Talk with Gabriel Lester in EYE Filmmuseum. Lester talks about his research and how his artworks have developed. Lester’s The Last Smoking Flight is also screened. More info

Special thanks to the Amsterdam Fund for the Arts, the Mondriaan Fund and Fonds 21.
www.deappel.nl