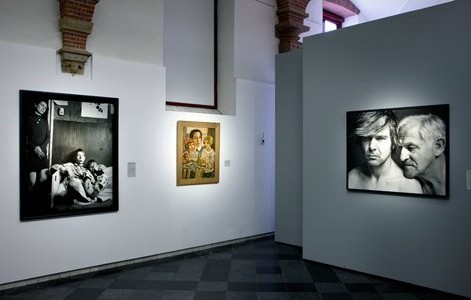 This summer De Hallen Haarlem is staging a major retrospective of modern and contemporary Dutch portraiture from the past hundred years. Featuring the work of Isaac Israels, Carel Willink, Paul Citroen, Jan Toorop, Jan Sluijters, Rineke Dijkstra, Marlene Dumas and many others - paintings and sculpture, video art and photography - it is a unique and varied overview. The exhibition is being staged to mark the centenary of the foundation of the Frans Hals Museum | De Hallen Haarlem.

Innovation and diversity
In the Golden Age, Dutch portraiture scaled the heights with innovative artists like Frans Hals and Rembrandt. There followed a long period in which portraiture was quite traditional and realistic, and it was not until around 1900 that true innovations and personal approaches resurfaced. Isaac Israels attracted attention with his individual version of Impressionism. Jan Toorop and Paul Citroen experimented with expressionist and realistic style forms, and Carel Willink and Pyke Koch developed their Magic Realism. Great expressionists like Jan Sluijters and Kees van Dongen produced amazingly dynamic portraits. Artists like Koos Breukel, Rineke Dijkstra and Bas Jan Ader used photography and film techniques to give portraiture new dimensions.

Exhibition
The exhibition in De Hallen Haarlem fills all the rooms and will feature around 130 works from museum and private collections. The image it presents is a varied one: portraiture is a genre that lends itself to a variety of approaches. The layout of the exhibition is built around the different types of portraits that Frans Hals explored - from children’s portraits, portrayals of married couples and family portraits, to portraits of powerful men and people from the lowest level of society.