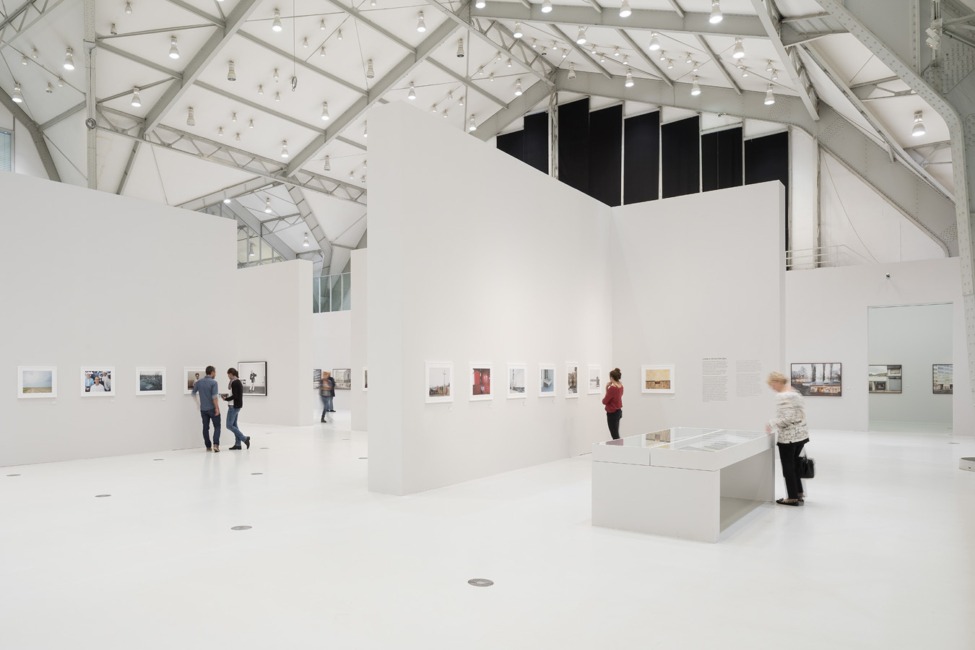 Alec Soth (*1969) is regarded as one of the most important figures in documentary photography. From 8 September 2017 to 7 January 2018, the exhibition Gathered Leaves in the House of Photography at the Deichtorhallen Hamburg will feature a comprehensive selection of some sixty-five photographs that offer an in-depth look at the work of this Magnum photographer.

The Telegraph has called Alec Soth »the greatest living photographer of America’s social and geographical landscape.« Soth thus follows in the tradition of Robert Frank, Stephen Shore, and Joel Sternfeld. He has inspired a wide audience at numerous international solo and group exhibitions, most recently at the Whitney Biennale, the 2004 São Paulo Biennale, as well as the Jeu de Paume in Paris and the Fotomuseum Winterthur in 2008. The exhibition at the Deichtorhallen Hamburg will be the first comprehensive showing of his four characteristic series Sleeping by the Mississippi (2004), Niagara (2006), Broken Manual (2010), and Songbook (2014).

The physical landscapes of his homeland—the majestic Mississippi, the torrential Niagara Falls, wide-open deserts and pristine natural expanses, small towns and suburbs—form the structure and setting of his poetic studies of American life. The subjects of Alec Soth’s works are the American ideals of independence, freedom, spirituality, and individuality, which the photographer expresses in scenes of daily life. The human essence always remains the central aspect of his intimate portraits; his trained eye is directed at the story behind the visual narrative—human emotions, personal destinies and longings. Soth always follows his aesthetic approach: »to me the most beautiful thing is vulnerability.«

The exhibition was developed in cooperation with Magnum Photos. Hamburg will be its only stop in Germany on an international tour that includes the Media Space at the Science Museum and the National Media Museum (both in London), the Finnish Museum of Photography (Helsinki), and the Fotomuseum in Antwerp