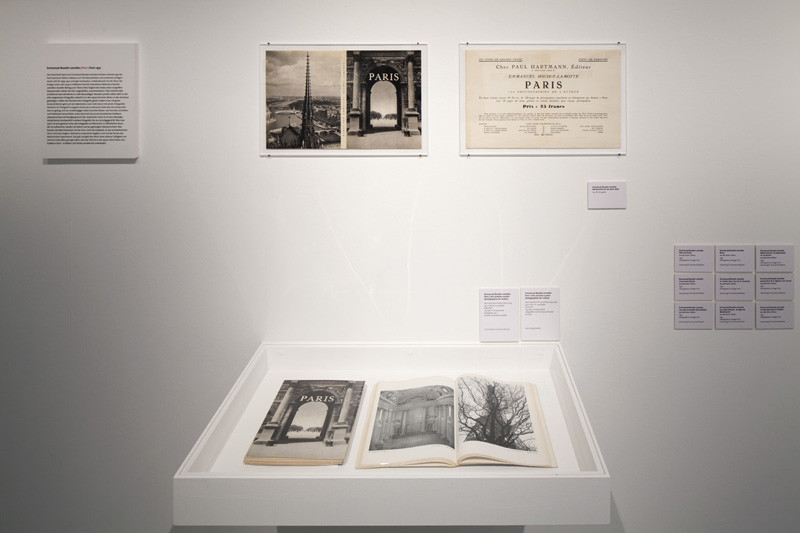 Paris is considered to be the cradle of photography. It was here that the technology was first made public – on August 19, 1839 – and instantly enthused the waiting world. Paris with its artists, scientists and craftsmen proved to be the ideal breeding ground for the medium. Moreover, from the outset the city itself was the subject for ambitious photographic projects.

Without a doubt Paris is the most photographed city in the world. Above all, in the 20th century the metropolis on the Seine emerged as the starting point for important cycles regardless of whether photographing artists sought to confirm a myth or instead eyed it critically. Photography in 20th century Paris not only reflected important stages in modern art and cultural history but equally outlined the opportunities for photographic perception. The present exhibition, whose title is inspired by Henry Miller, sets out to demonstrate the latter by means of a fascinating tour.

Eyes on Paris shows how artists engaged in photography (French and immigrants alike) saw, experienced and captured Paris with the camera. The artists’ gaze oscillates between documentary interest and subjective perception, a chronicler’s duty and the projection of personal feelings. Around 400 photographic works by important representatives of 20th-century photography enter into a dialog with epoch-making books, portfolios or rare portfolio works. After all, no other city in the world has been the subject of as many outstanding publications as has Paris: from Atget to Ed van der Elsken, from Robert Doisneau to William Klein.

Vintage print and Vintage book in dialog – the Hamburg exhibition ventures into new territory and simultaneously does justice to the enormously increased interest in the printed image. Not only does the show bring together all the important 20th century books on Paris (with photographic illustrations). It also tells about their genesis and reception – with the aid of selected prints, book dummies or documents.

The exhibition covers the period from around 1890 to the present day. Original black-and-white and color photographs will be on display, works by classic photographers (from Kertész to Izis), not to mention groups of works by young, contemporary photo-artists whose post-modern view of a changing Paris confirms the city’s status as an ongoing challenge for international art photography.
On around 1,000 square meters of exhibition space visitors can experience a tour of 20th-century Paris that repeatedly harbors surprises, and cross-references architecture and urban history, everyday culture and art practice. Scheduled to run for some four months the show can safely be considered the most ambitious project on the 20th-century photographic iconography of Paris.

The exhibition at Deichtorhallen Hamburg’s Haus der Photographie will be curated by Hans-Michael Koetzle (Munich) and Ingo Taubhorn (Deichtorhallen Hamburg) runs from Sept. 16, 2011 thru Jan. 8, 2012. It will be accompanied by a comprehensive publication as a standard reference work on photographic Parisian 20th-century literature, which will be brought out by Hirmer Verlag, Munich
www.deichtorhallen.de