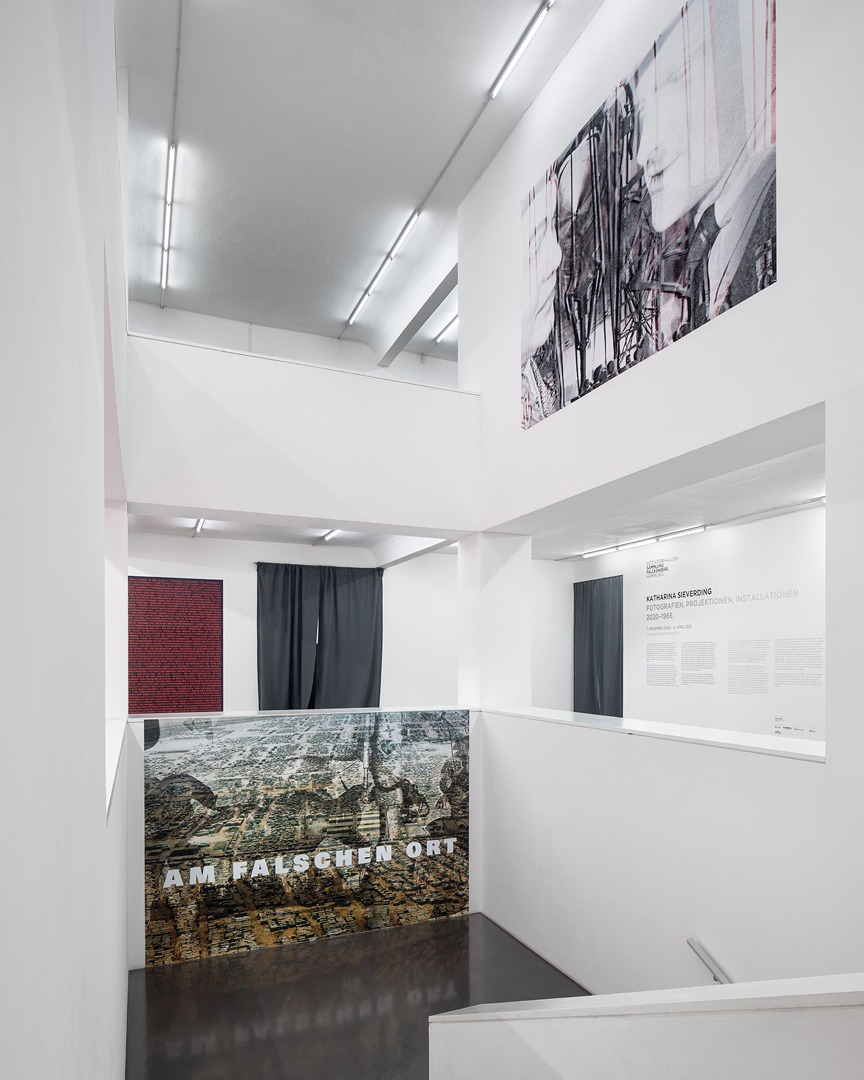 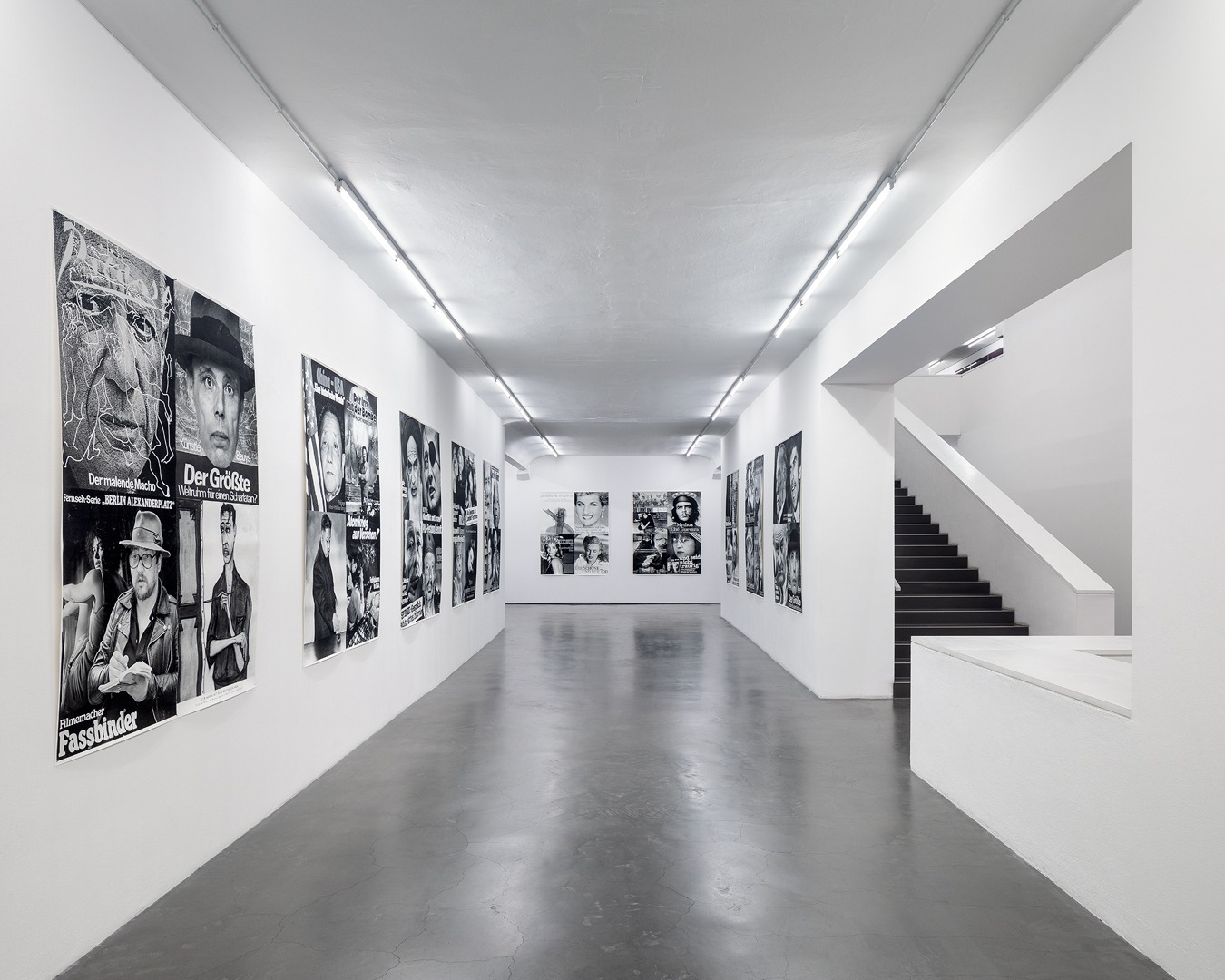 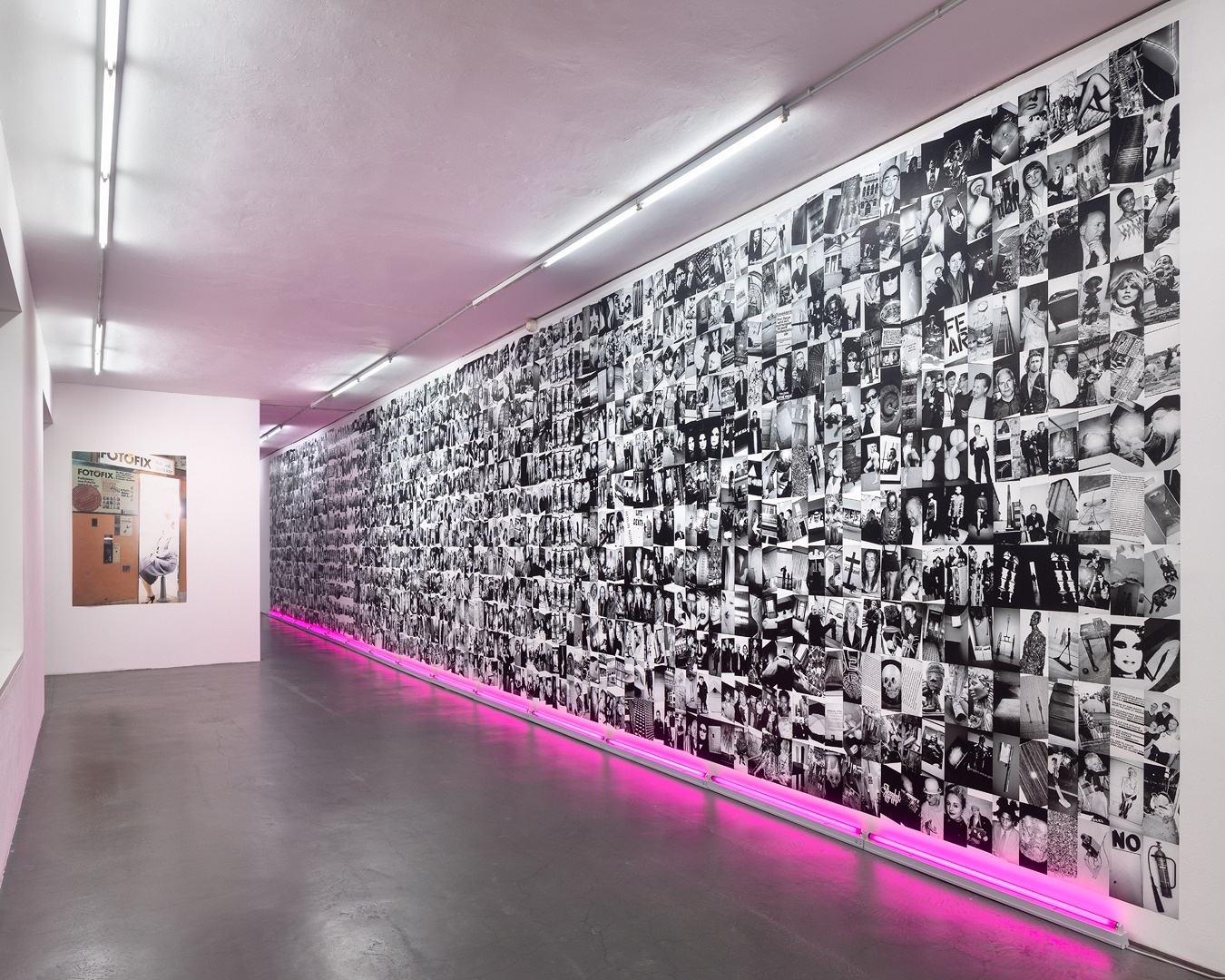 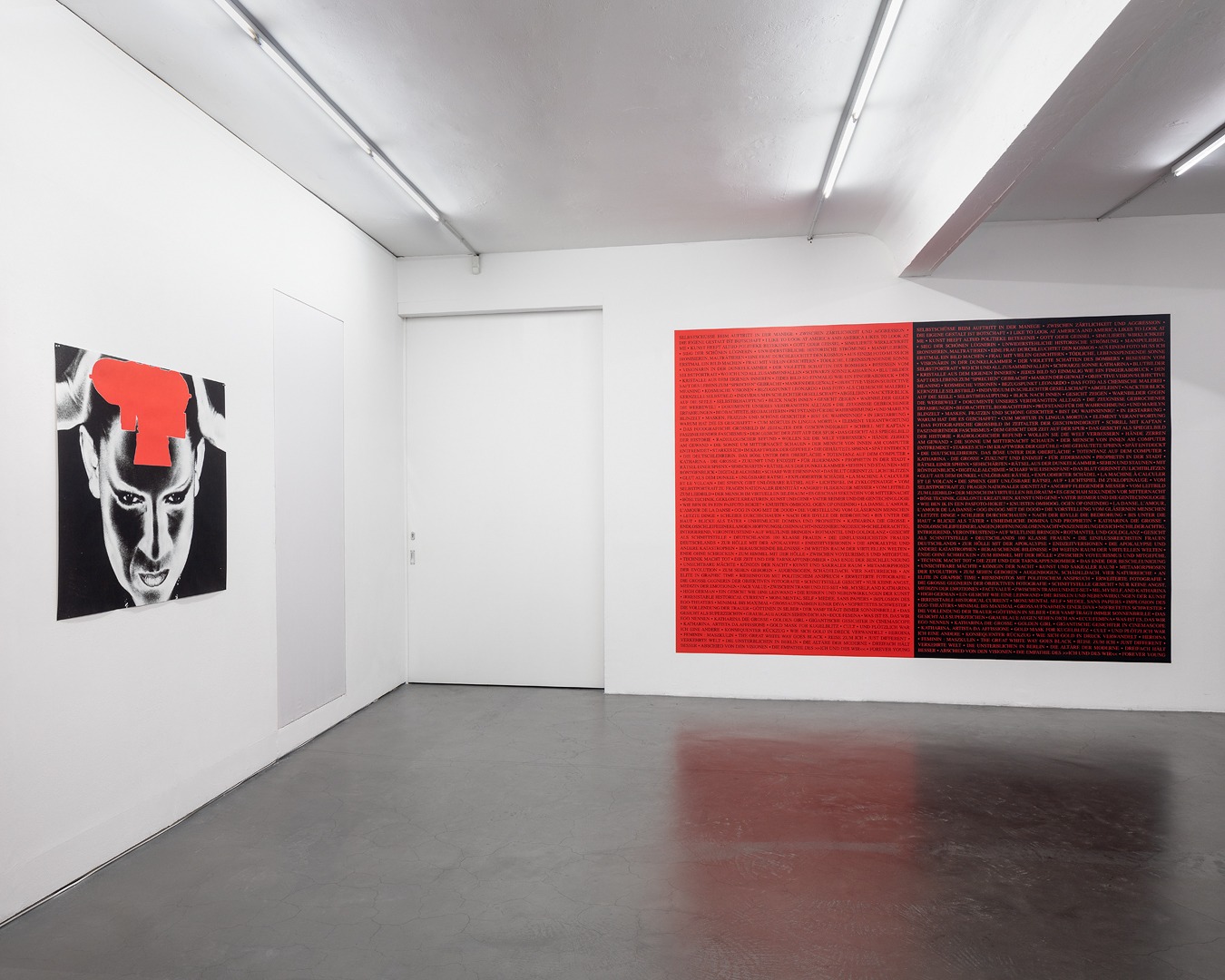 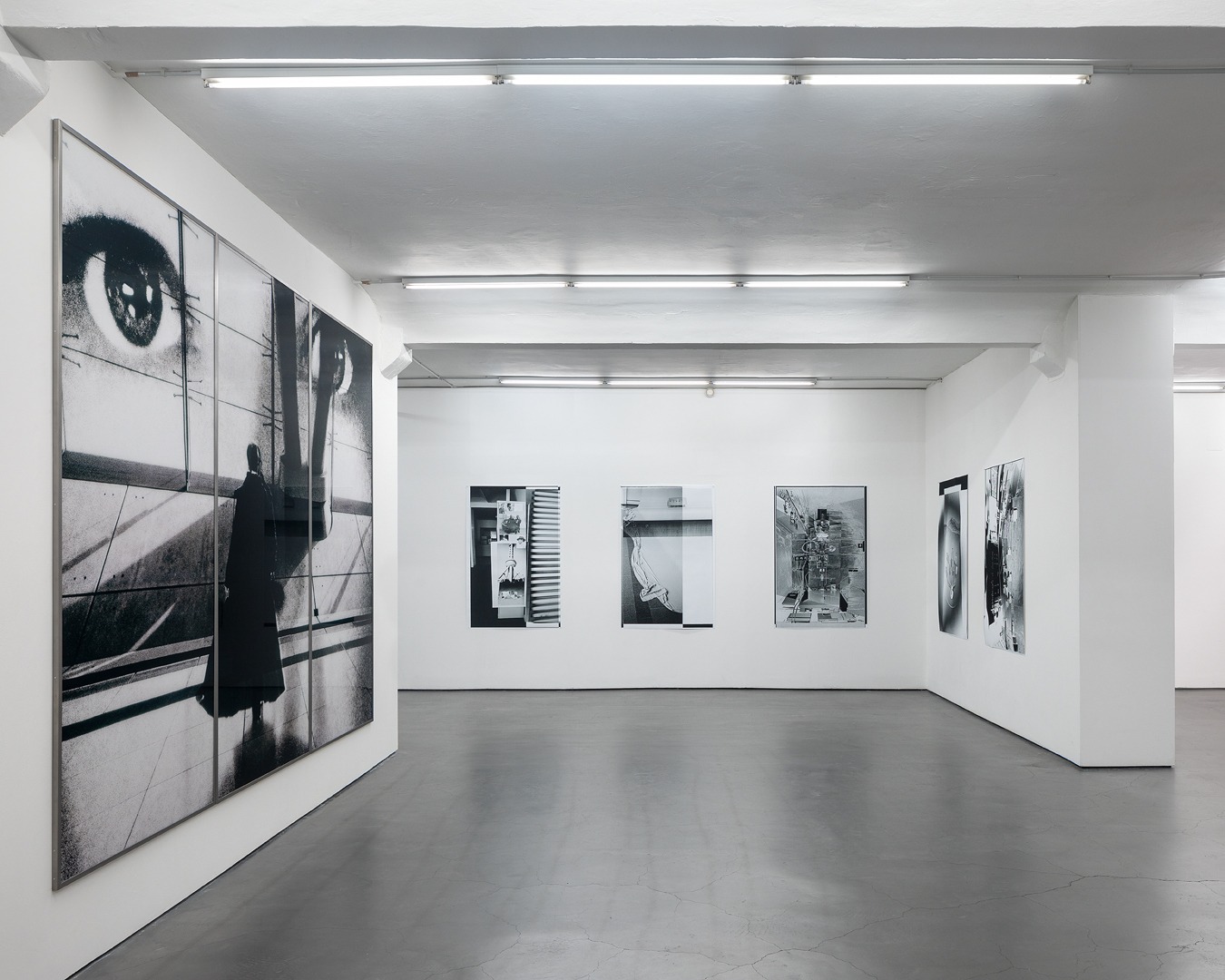 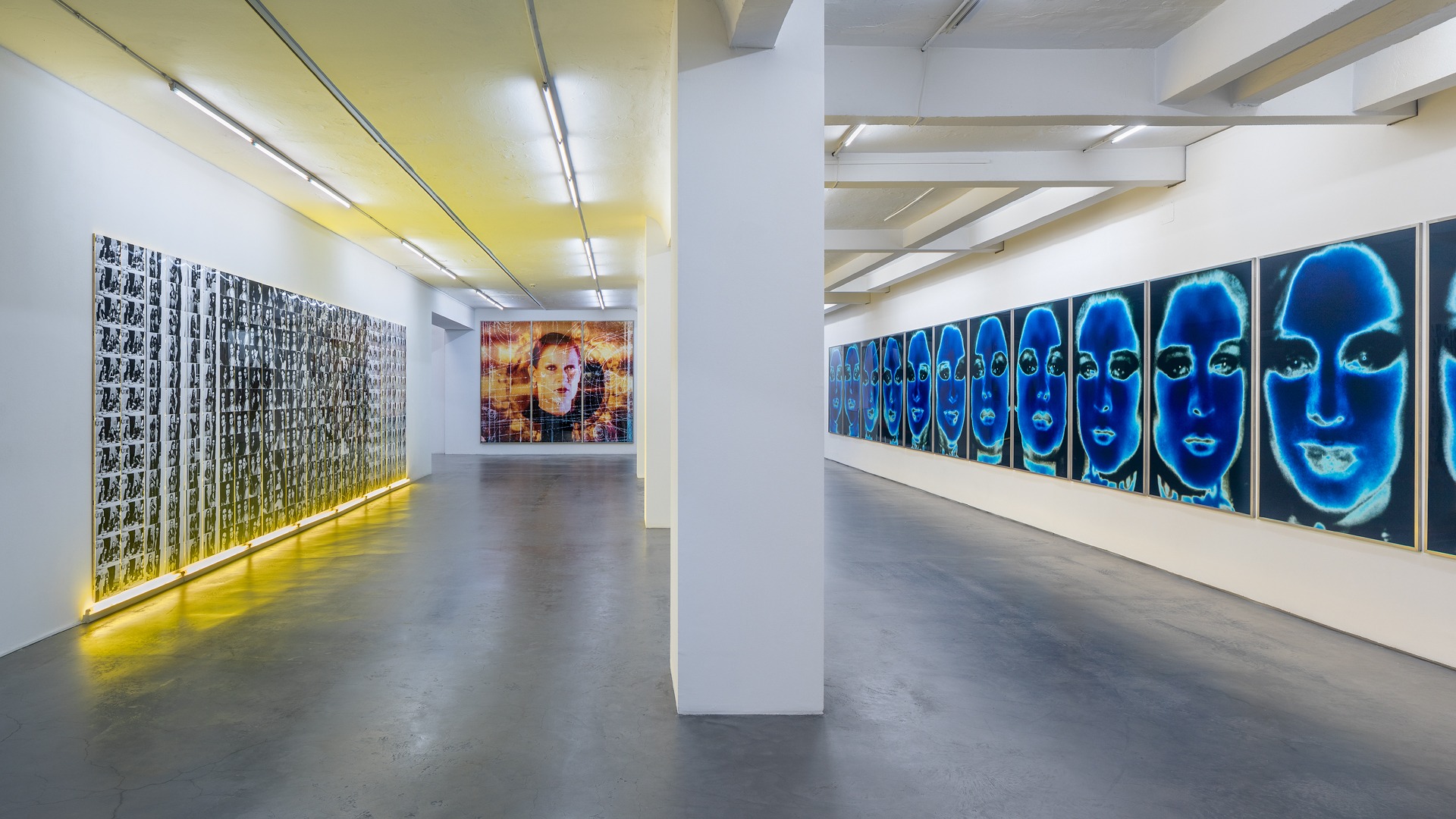 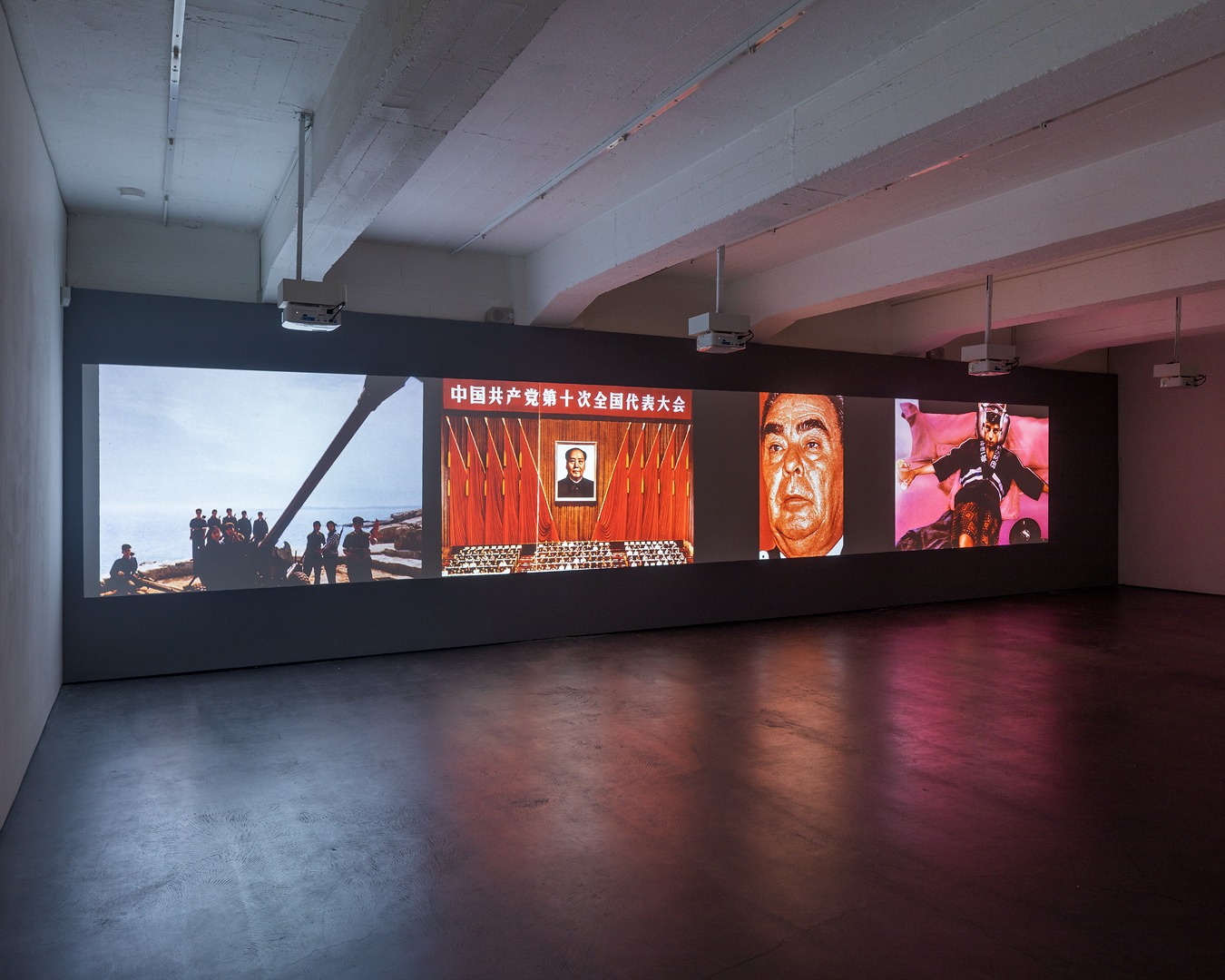 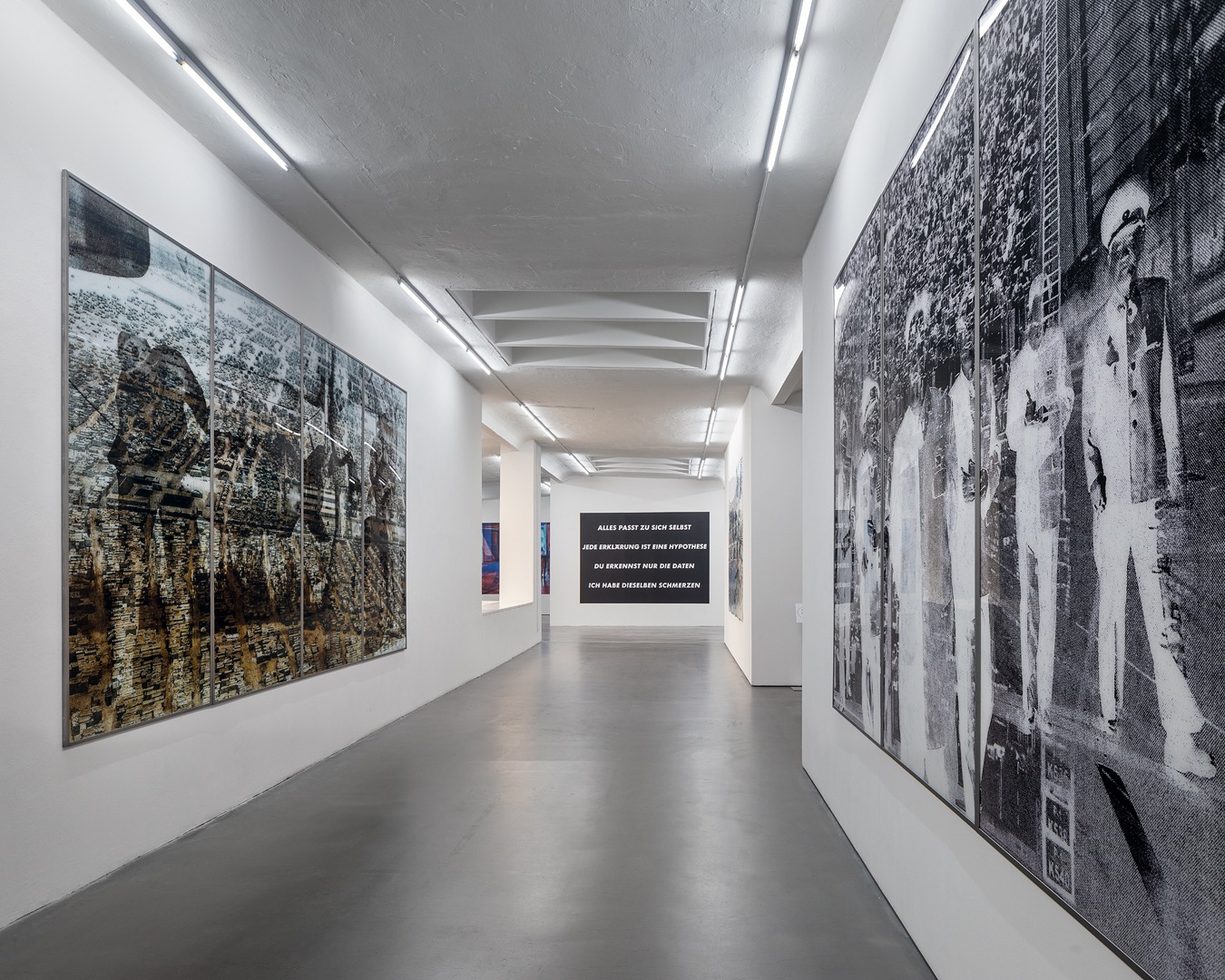 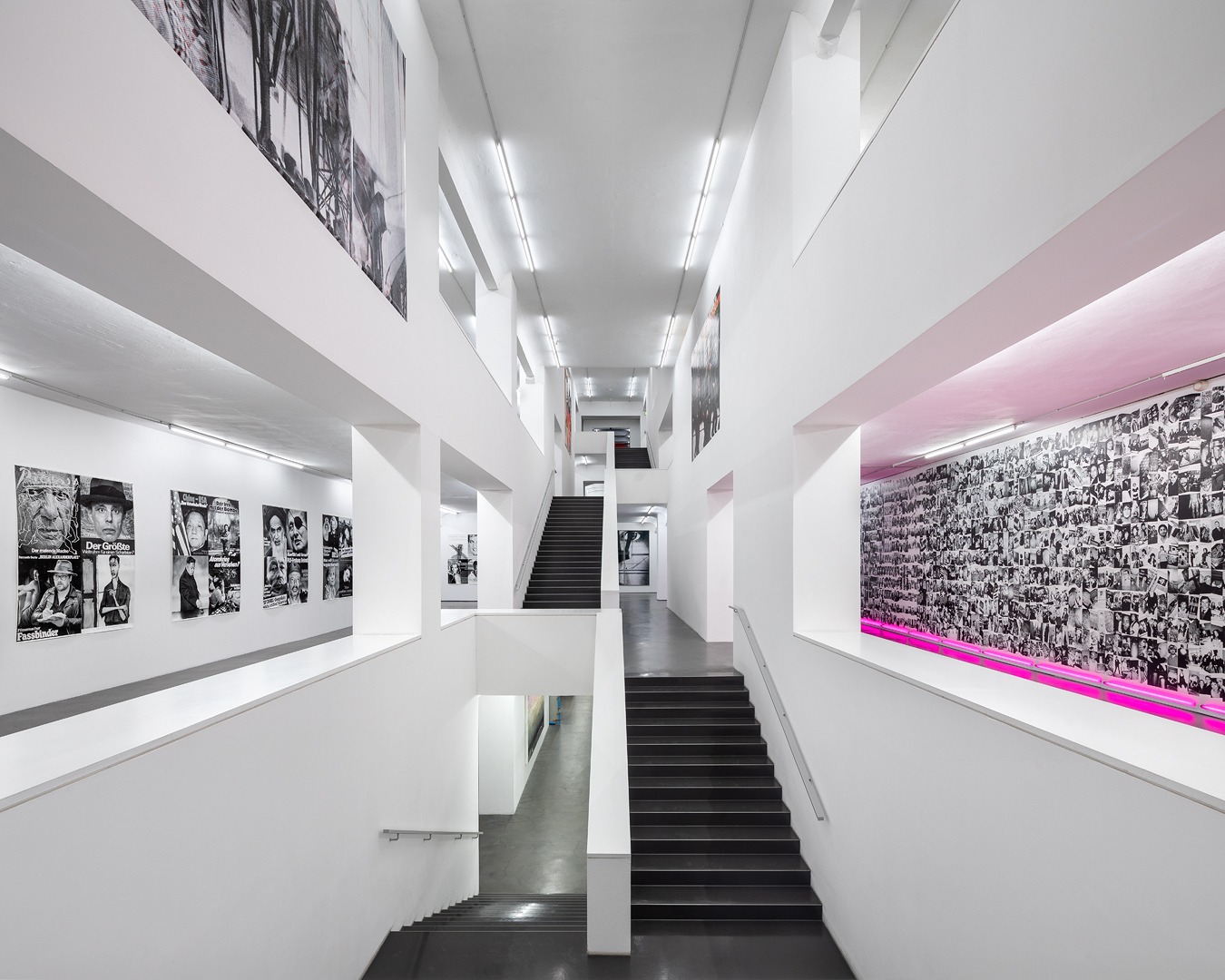 Katharina Sieverding. Photography, Projections, Installations 2020-1966. Installation view at Deichtorhallen, Hamburg, 2021. Photo: Henning Rogge / Deichtorhallen Hamburg
For more than five decades, Katharina Sieverding (*1944) has been one of the pioneers who recognized the diverse expressive possibilities of photography early on and continually expanded the medium conceptually and formally. Her subject and artistic principle are »transformation processes, questions about identity, gender, and race,« the artist says. Sieverding became known for the unprecedented consistency with which she has used her portrait, enlarging and manipulating it in a variety of ways, in film and photography since the 1960s.

Beginning in the 1970s she worked on large-format montages on the state of the world, first shown internationally at documenta 6 in 1977. She critically questions the accelerated imaging processes of the present in the sense of responsibility also toward oneself. Her best-known works include Schlachtfeld Deutschland from 1978, a statement on the time of the Red Army Faction, and the 1993 Berlin poster campaign Deutschland wird deutscher, in which Sieverding reacted to the radical right-wing attacks after the fall of the Berlin Wall. Shortly before this, the artist realized the Memorial to the Murdered Members of the Reichstag.

This major exhibition in the Falckenberg Collection presents some 120 works and spans all phases of the artist’s oeuvre, from her early large-scale photomontages in the 1960s to her striking series of self-portraits and films ranging from the 1970s to the 1990s as well as current productions. This also includes completely new, previously unseen works, such as the documentary film Metroboards about Sieverding’s art in public places and the work Gefechtspause, which deals with the lockdown during the coronavirus crisis. The exhibition focuses in particular on the continuing relevance of earlier works and the artist’s interest in creating installation-based approaches to the medium of photography.
www.deichtorhallen.de