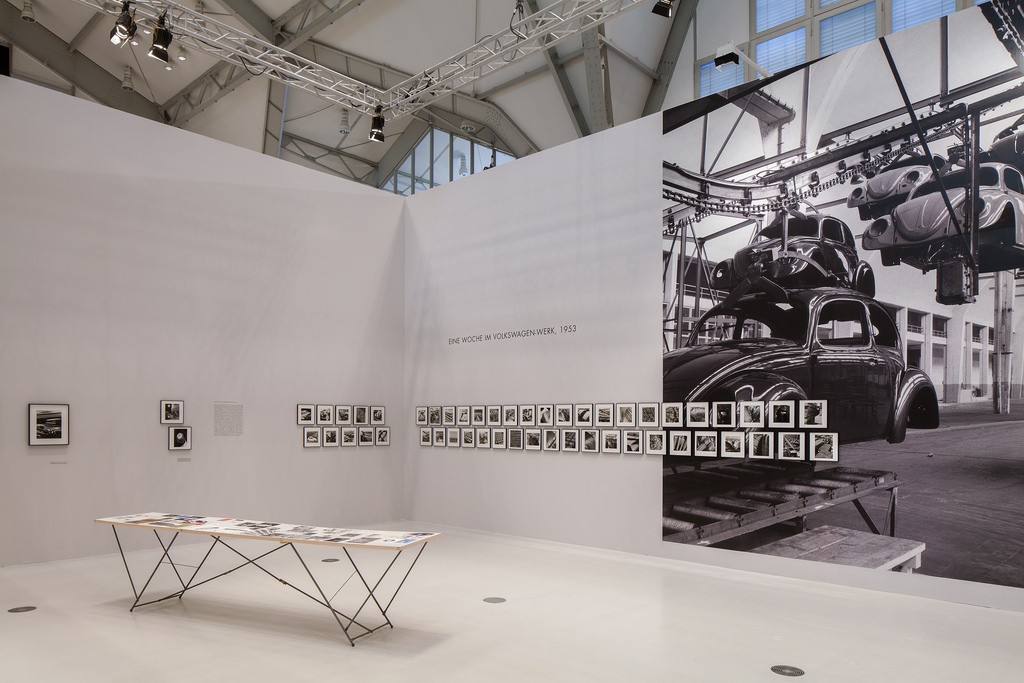 The photographic oeuvre of Peter Keetman (1916-2005) is central to Germany’s postwar modernism. Shaping the world: the title of exhibition and catalogue indicates, how Keetman’s photographic approach merges two creative tendencies of his time: on the one hand the modernist intention of form and shape, allowing for experiment and abstraction, and on the other hand the humanist reference to the world, reflecting and investigating the human beings and their surroundings.

Organized by the F.C. Gundlach Foundation and the Museum Folkwang, this first comprehensive retrospective shows how these tendencies are combined and intertwined in the work of Peter Keetman.

The exhibition presents Keetman’s perpetual and creative examination of both aspects, his search of a fresh and relevant photographic expression and his conceptual approach to visual phenomena in a photo-historical prelude and eight chapters. His famous series One week at the Volkswagen factory 1953 as well as his subtle light-oscillations (1949−1955) − Keetman’s major achievements for modern photography − are presented in a comprehensive selection of works.

Peter Keetman’s biography and his photographic language are closely tied to German History from the 1930s to the 1960s, from the suppression of avant-garde photography in the Nazi era through World War II to the postwar disillusion and the economic miracle. The exhibition includes a substantial selection of Keetman’s early works in the style of the New Objectivity as well as his photographs taken during the war against the Soviet Union, in which Keetman lost his left leg.

In the late 1940s, Peter Keetman left the aesthetic dogmatism of his teachers behind and joined the secessionist group fotoform. Inspired by the experimental approach of avant-garde photography in the 1920s the group developed a new photographic language based on formal reduction, the creative power of light and upon the subjectivity of individual experience. Together with Otto Steinert and the other members of fotoform, Keetman marks a new beginning in photography.

The retrospective shows the fascinating development of German photography starting in the late 1940s. It also illustrates how Keetman avoided the paralyzing danger of formalism by working in several fields of photography − documenting the reconstruction of Munich, discovering the hidden structures of landscape and nature and the big picture in the smallest detail, and translating the dynamics of a changing society intoabstract images.

This retrospective is the result of a close cooperation between the F.C. Gundlach Foundation, which holds a substantial part of Keetman’s archive as well as his copyrights, and the Museum Folkwang, which holds his negative archive and a large number of his work prints.