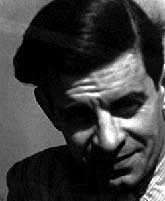 Josef Strau has worked during recent years in different practices, mostly as an artist, but also as gallerist, curator and writer. Initially, his writings were more conventional texts within the form of art catalogues and art magazines, but later they turned into more freewheeling expressions and narratives, often produced as brochures and posters within the art exhibition context, mostly being part of a kind of ongoing novel.

In several exhibitions during the past two years, he included lamp sculptures, built of found material connecting his texts and images. The texts are then attached with ribbons, clipped to the lamps, or some lamps even \"speak\" the text. While primarily a literary effort, \"reading\" is here relocated within a sculptural installation. In Bruxelles, Strau will be presenting new works with original texts, sometimes including merciless subjective content, both as original 'drawings' of almost automatic writing and in the form of posters available for the viewer to take away.

Strau just finished his four year period of organizing the Galerie Meerrettich in Berlin, and he previously co-directed the seminal Friesenwall gallery in Cologne. His most recent solo exhibition \"Don't climb the Pyramids\" took place at Gallery Greene Naftali, New York last year. His work is also included in the current exhibition \"MAKE YOUR OWN LIFE: Artists In & Out of Cologne\" at the ICA Philadelphia, Toronto and Seattle and in the last exhibition at the Portikus, Frankfurt together with Gareth James, John Kelsey and Michael Krebber.
www.dependance.be