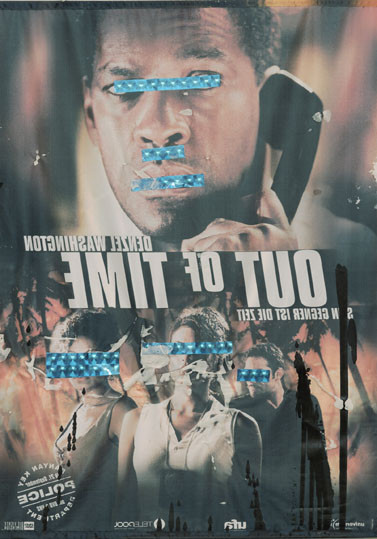 To mark the 10-year anniversary of the exhibition space on the boulevard “Unter den Linden” in Berlin, the joint venture between Deutsche Bank and the Guggenheim Foundation will now be celebrated by this show reflecting the unique cooperation. For the first time ever at this decade milestone, the most recent new acquisitions for the bank’s collection will be placed opposite masterpieces from the Guggenheim Foundation, St. Petersburg’s Hermitage, Stockholm’s Moderna Museet, Paris’s Musée d'art Moderne de la Ville and the Dakis Joannou Foundation as well as never-before-seen works of art from the corporate collection.

With stops in Mumbai and Hong Kong following the presentation in Berlin, Affinities, the show marking the 10-year anniversary in the Deutsche Guggenheim, will exhibit 10 artistic pairs with incunabula/ incunables/ideals of art history. The show’s spectrum extends from artworks by Henri Matisse and Wassily Kandinsky through stars of contemporary art, such as Hiroshi Sugimoto and Louise Bourgeoise, up to newcomers to the international art scene, like Kai Althoff and Diamantis Sotiropoulos.

For the Affinities exhibition in the Deutsche Guggenheim, commissioned artworks were newly created for the Deutsche Bank Collection. Right at the start, the artist duo Clegg & Guttmann were asked to portray the members of the bank’s Management Board who have been responsible for the Deutsche Guggenheim since 1997. Besides the founder Hilmar Kopper, these are Rolf-E. Breuer and his successor Tessen von Heydebreck. Taken in three individual shootings, these photographs can be put together as a whole and seen as an image of the first decade. The photo portraits complement their pendant, the diptych by the Austrian artist Erwin Wurms. In front of the spectacular titanium façade of the Guggenheim Museum Bilbao, he took a photograph of Thomas Krens standing over Ariane Grigoteit (the Deutsche Bank Collection) with the title “Don’t trust your curator”.

“Krens stands on Grigoteit,” according to Brita Sachs in the catalogue to accompany the exhibition, “which is to say that the New York art imperator has created a tightly woven network for his diverse activities and that without Deutsche Bank there would be no Deutsche Guggenheim Berlin for ten years now.”