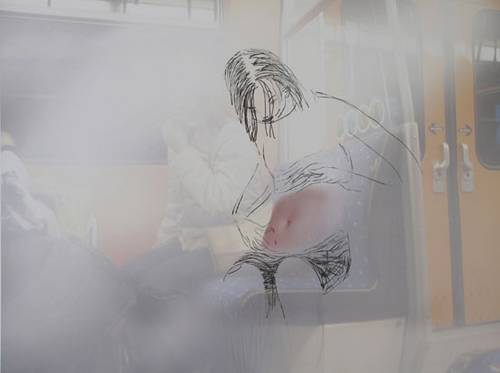 Martin Walde was born in Innsbruck, Austria, in 1957. He lives and works in Vienna and New York. Since his first solo show at the Internationaler Kunstmarkt, Dьsseldorf 1982, Walde’s work has been exhibited in Europe and Japan (Fuchu Art Museum and Yumico Chiba Gallery in Tokyo)and participated in a good number of group shows and art fairs: Biennale di Venezzia (2001), Fundaзaio Gulbenkian Lisboa (1998), Documenta X Kassel 1997 (Museum Fridericianum, Kulturbahnhof)...
Walde’s artistic enterprises have been marked by elements of chance, of entropy, of mystery, of exchange and of chemical reactions of all kinds for many years. He is a researcher and puzzler whose output is interdisciplinary. He operates with modes of appearance that he re-stages ceaselessly, constantly refreshing them through observation.
Walde is interested in triggering processes regarding both material and form as well as people’s actions, experiences and thinking. He is after a phenomenology of change, which he seeks out in everyday situations, e.g., in the public space of a city. He also stages change within the structural givens of the artwork itself he integrates people in the artwork so that they become an interactive part of the artistic scenario.
The Enactments, are photographs the artist has taken in urban zones, such as the subway, a station platform or the street. In these pictures, Walde adds the drawing of a scene that he himself experienced – someone committing suicide on the edge of a platform or a woman lying on the pavement. These drawings are added as a testimonial triggering a real, often frightful situation.
Shrinking Bottles/Melting Bottles, also on show here, consists of a simple arrangement –an infra-red lamp hanging 15 centimetres above a stearin slab in the shape of an iceberg– which subsumes and represents a whole series of fictitious models connected with improvisation, ritual and recycling.