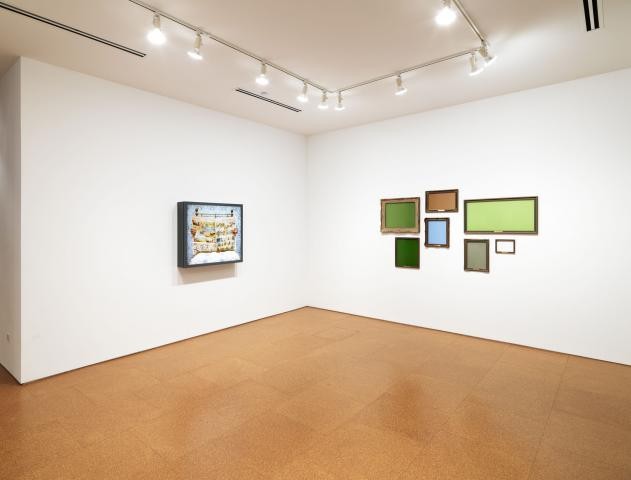 The Donald Young Gallery is pleased to announce the sixth and final exhibition in the series In the Spirit of Walser with new work by Rodney Graham and Josiah McElheny. A reception for the artists will take place from 3-7 pm on Saturday, September 22nd and will also celebrate the life of gallery founder Donald Young who passed away on April 12, 2012. The event will mark the release of the publication A Little Ramble: In the Spirit of Robert Walser published in collaboration with Christine Burgin and New Directions. In the Spirit of Walser brought work of contemporary artists and the writings of the Swiss author, Robert Walser (1878-1956), together with archival material including first edition books by Walser, facsimiles of his microscripts and photographs of the author. Participating artists include Peter Fischli and David Weiss (December), Moyra Davey (January), Thomas Schütte (February), Rosemarie Trockel (March), Tacita Dean and Mark Wallinger (April) and Rodney Graham and Josiah McElheny (September).
Sourcing inspiration from the notion of reading, Rodney Graham touches on themes present in Walser’s writings and his own practice. Titled Sunday Sun (2012), Graham’s new light box features a figure reading the newspaper in bed. Reprising the role the Vancouver Sun played in Graham’s 2011 work, The Avid Reader, this image signals a return to the early 20th
century with the Sun’s “funny papers’ from 1938. The innocuous scene belies another layer of visual history with Graham’s take on a classic cinematic trick. A second glance reveals two different hands, and thus, two individuals hiding behind the comic pages. Referencing Alfred Hitchcock’s 1938 film The Lady Vanishes (Alfred Hitchcock), the still mines the realms of literature, art and cinema with Graham’s inclination for deft imagery.
Josiah McElheny presents two works based on a short story by Robert Walser, A Painter’s Life (1916), both of which recall McElheny's work on mirrors and more recently the evocative potential of color. Imaginary Paintings (2012), consists of seven antique, period frames grouped together on the wall. Each wood frame has a small hand-lettered brass plaque with the name of a painting or drawing from Walser’s story; the interior of each frame is “glazed” with tinted multi-chrome wavy glass that shows only the wall behind. Focusing on the tension between imagination and biography in Walser, Imaginary Paintings proposes that simply the title and color atmosphere of a painting might stand in for all that we remember of an image.
A Painter’s Life (2012), is a suite of eight letterpress prints, each with a subtle fold at the edge and small holes evoking pages removed from a book. The suite begins with the title and a year, 1916; subsequent pages hold empty hand-drawn frames of varying proportions, each one holding the space for a picture illustration. Here is the briefest sequential narrative, told only through the general shape of an image and the few words of their captions, from “A Dream” to a painting called “The Farewell”.
A Little Ramble: In the Spirit of Robert Walser is a project initiated by the gallerist Donald Young who saw in Robert Walser an exemplary figure through whom connections between art and literature could be discussed anew. He invited a group of artists to respond to the writing of Robert Walser. This book is a result of that collaboration. Much of this material appears here for the first time in English.
Selected by the artists, the texts by Walser are accompanied by over fifty color reproductions of artworks created specifically for this project, together with an introduction by Donald Young, an afterword by Lynne Cooke and translations by Susan Bernofsky, Christopher Middleton and Tom Whalin.

Rodney Graham
Rodney Graham was born in Vancouver in 1949 and has exhibited internationally since the 1970s including numerous touring survey exhibitions in Europe and North America, most recently showing at the Vancouver Art Gallery (2012), and the Museu d'Art Contemporani de Barcelona, Spain; Museum für Gegenwartskunst, Basel, Switzerland; Hamburger Kunsthalle, Germany (2010). He has participated in landmark exhibitions, representing Canada at the Venice Biennale in 1997, and exhibiting at documenta IX in 1992 and at Sculpture Project Muenster in 1987. His work is part of major collections from international institutions including The Art Institute of Chicago, Tate Gallery, Centre Georges Pompidou, and the Metropolitan Museum of Art.