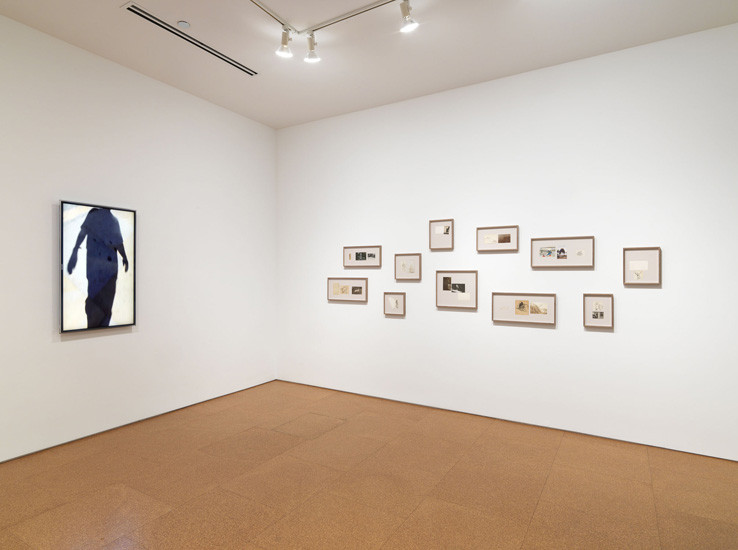 The Donald Young Gallery is pleased to present a series of exhibitions bringing together the work of contemporary artists and the writings of the Swiss author, Robert Walser (1878-1956). Each month a contemporary artist will present work inspired by Walser’s writings to be exhibited together with archival material including first edition books by Walser, facsimiles of his microscripts and photographs of the author. Participating artists include Peter Fischli and David Weiss (December), Moyra Davey (January), Thomas Schütte (February), Rosemarie Trockel (March), Tacita Dean and Mark Wallinger (April) and Rodney Graham and Josiah McElheny (Summer 2012).

The fifth exhibition in this series will feature video, mixed media and works on paper by Tacita Dean and Mark Wallinger. Using found drawings and photographs, Tacita Dean examines beauty found in the everyday. Culling source material from a flea market in Berlin, Dean discovered a collection of drawings by Martin Stekker. Further research identified the artist as little known contemporary of Robert Walser (both born in 1878), inciting further inspiration for eleven works titled Berlin and the Artist (2012). Mark Wallinger pairs nine works on paper with a new video piece that responds to Walser’s predilection for walking and writing. With Shadow Walker (2011), Wallinger records himself wandering along Shaftesbury Avenue in London. The three-minute, looped video captures the sound of a busy street and Wallinger’s shadow cast on the ground. This exercise allows the artist to experience the city in the tradition of Baudelaire’s flaneur and absorb the freedom of anonymity expressed by Walser in his prose. The Color of Snow (2012) is a series of nine works on paper reflecting on Walser’s highly stylized mode of writing with The Microscripts. Wallinger notes: “Each has the urgency of a coded message smuggled out of captivity on found scraps of paper. To start with a blank sheet of paper would be anathema, out of the question, a dizzying prospect. Better to greet the page as the first snow ready for the carefree and the careless to leave their mark.”

Together with the Goethe-Institut Chicago, the Donald Young Gallery hosted a symposium on Robert Walser on February 26, 2012 with the support of the Swiss Arts Council Pro Helvetia and the Swiss Consulate Chicago. The gallery will publish a book with contributions from the participating artists and the exhibition is in collaboration with Christine Burgin, New York, The Robert Walser Centre, Bern and Konrad Aeschbacher, Erlach.

A number of years ago, I enjoyed reading a selection of short stories by Robert Walser, with a forward by Susan Sontag and a postscript by the translator Christopher Middleton, and from there I went on to read his novels: The Assistant (1908), Jakob Von Gunten (1909), and The Tanners (1907). He is a modernist but at the same time unlike any other modernist. He can be self-effacing, indignant, curious, happy, but always about the most modest people, things, or occurrences. Walking was important to him and The Walk (1917) is one of his best-known short stories. During his lifetime he crisscrossed Switzerland on long, solitary hikes and he died on Christmas Day walking in the snow. The finest writing on Robert Walser and his work is by another walker/writer W.G. Sebald who described him as: "A clairvoyant of the small." And started his essay for The Tanners as follows: "The trace Robert Walser left on his path through life were so faint as to almost have been effaced altogether...he was only connected with the world in the most fleeting of ways. Nowhere was he able to settle, never did he acquire the least thing by way of possessions. Even the paper he used for writing was secondhand. And just as throughout his life he was almost entirely devoid of material possessions so too was he remote from other people." Of his writing Sebald wrote that Walser, "almost always wrote the same thing and yet never repeated himself." And that his, "prose has the tendency to dissolve upon reading so that only a few hours later one can barely remember the ephemeral figures, events, and things of which he spoke." Walter Benjamin went, as far as to say that, "the point of every one of his sentences is to make us forget the last one." Sebald also wrote: "If Walser had any literary relative or predecessor, then it is Gogol. Both of them gradually lost the ability to keep their eye on the center of the plot, losing themselves instead in the almost compulsive contemplation of strangely unreal creations appearing on the periphery of their vision, and about whose previous and future fate we never learn even the slightest thing."

I was fascinated by the microscripts, which I first saw in an extraordinary exhibition in 2008 in Berlin entitled "Notation. Kalkul und Form in den Kunsten". Then Christine Burgin worked on the book Microscripts with its translations by Susan Bernofsky and was interested in creating an exhibition in New York with the help of the Walser Center in Bern. We decided to collaborate on showing the microscripts together with first editions of his publications, many of which were illustrated by his brother, as well as photographs. I became more and more interested in the connection between his writings and certain contemporary artists and out of this has come a series of exhibitions: "In the Spirit of Walser". This is a purely subjective choice and avoids any attempt at an inclusive exhibition or homage to the writer. Hundreds of artists have made work in homage to Walser--many of a highly personal and sometimes romantic and sentimental nature. This is not an area that interests me personally and I am confident that the artists who have agreed to work on this project will produce work that is as original as its inspiration. With this in mind I have asked each artist to write a text that will be published with the documentation of the exhibition.