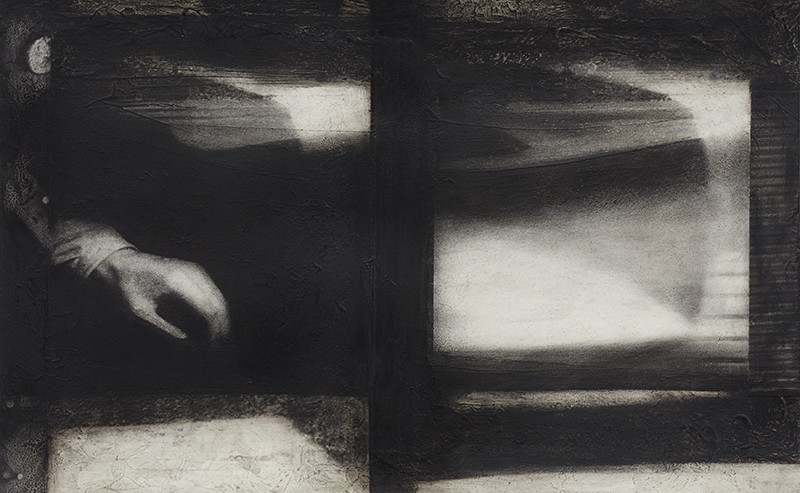 Raha Raissnia: Alluvius, the first solo museum exhibition of work by the Iranian-American artist Raha Raissnia, will contextualize the artist’s drawings as part of her broader consideration of photographic and filmic representation. Raissnia grew up in Tehran during the 1978–79 revolution, and she often accompanied her father, an amateur photographer, on trips to the city center to document mass protests against the shah. Mirroring this early experience in her current work, Raissnia surreptitiously continues to take portraits and photographs of everyday life as a course of habit. For The Drawing Center, Raissnia created the two series of densely-composed charcoal drawings on view—entitled Alluvius (2016) and Canto (2017)—by referencing images sourced from her personal archive of both original and found photographs and film, ranging from photographic slides of mosque architecture to iPhone films taken on walks through Manhattan and snapshots of friends, family, and strangers. Rather than create direct copies, Raissnia intuitively abstracts her sources, laboriously rephotographing and drawing each image, transferring it between paper and celluloid, until it becomes unrecognizable and its meaning unsettled. Raha Raissnia: Alluvius engages drawing as a way to revisit, question, and change the images we use to construct personal, cultural, and national identity.