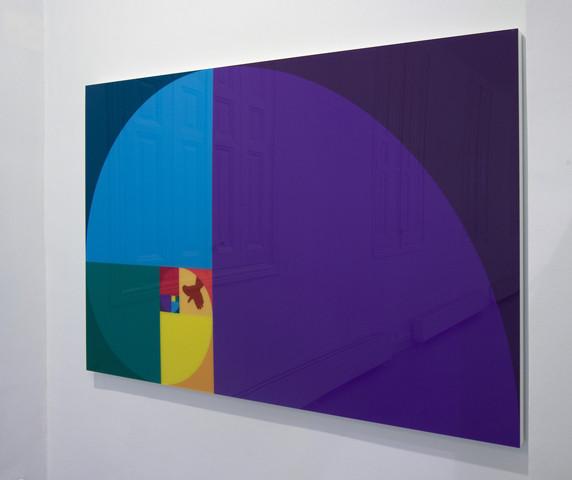 Over the past 40 years Hreinn Fridfinnsson (Iceland, 1943) has forged a highly personal and idiosyncratic artistic style that might be thought of as lyrical conceptualism, equally at ease with fact as it is with fiction, with memories as with mirages, with real things as with their reflections. His object-poems incorporate perceptual and sensorial play in such a way as to capture and convey the elusive moments that flit, dragonfly-like, across the surface of existence.

His poetic text-works and photographs assuredly inhabit a shifting semiotic terrain that at different moments may become narrative, mythical, documentary, secretive or dream-like. Throughout, Fridfinnsson’s art, regardless of format, remains at all times attuned to the hidden poetry latent within our experience of the world.

The current exhibition of Fridfinnsson’s work at the Elba Benítez Gallery -- the artist’s second at the gallery -- consists of a careful selection of work in various formats culled from throughout his career, ranging from historic pieces from the early 1970’s to new works produced especially for this exhibition. Given that the work on view spans a 40-year period (including works that revisit earlier manifestations of themselves), it is inevitable that time’s passing should become a component of the exhibition as a whole, an overarching theme that informs the experience of each individual work. But time has long been a concern of Fridfinnsson’s, and as a motif has found poetic expression in various formats and media across the arc of the artist’s career; today, after nearly five decades of art-making, this concern with time’s passing has only taken on a greater intensity and an enhanced poignancy.

For instance, a sense of age and ageing have begun to appear -- literally, for instance, in the series of photographs entitled Around and About,where the artist’s hand, aged and weathered but apparently still strong and sure, is shown (as the title indicates) reflected on water. Nostalgia and melodrama have no place here; instead, there is a simple and brave continuation of the artist still at work -- including Fridfinnsson’s ongoing use of reflections and duplications as part of his artistic vocabulary. At the same time, the role of the artist’s hand has always been key to Fridfinnsson’s work, as a concrete motif in its own right but also, on a conceptual level, in his own variant of the readymade where he executes slight but precise interventions to existing objects, thereby releasing, via his own hand, their artistic potential. Thus these photographs -- as well as the exhibition itself -- might serve as a meditation or reflection, literally and metaphorically, on Fridfinnsson’s singular way of making art, an art that is as relevant today as it was 40 years ago.

Hreinn Fridfinnsson first came to international prominence in 1965 as a co-founder of the Icelandic avant-garde artistic group SUM. He has had recent solo exhibitions at the Hafnarfjordur Centre of Culture and Fine Art, the Bergen Kunstmuseum, the Malmö Konsthall, the Reykjavik Art Museum, the Serpentine Gallery (curated by Hans-Ulrich Obrist), the Domaine de Kerguehennec, the Centre d’Art Contemporain (Bignan) and the Kyoto Art Center. His work has also been featured in group shows including the Carnegie Art Award, and Sleeping Beauty–Art Now, Scandinavia Today, Solomon R. Guggenheim Museum, New York. He represented Iceland at the 45th Venice Biennale in 1993 and participated in the 30th Sao Paulo Biennial in 2012. In 2000, Fridfinnsson received the Ars Fennica Prize.