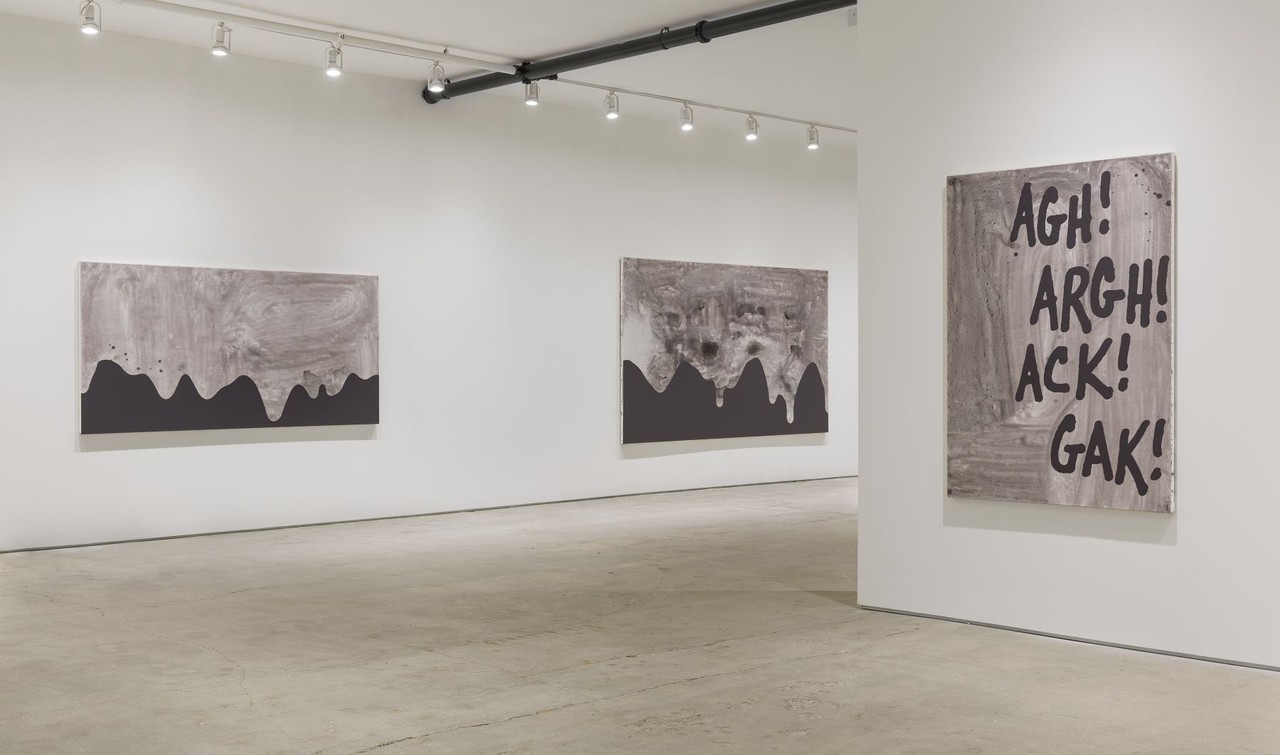 Elizabeth Dee is pleased to present the fifth solo show of new paintings by Carl Ostendarp at the new gallery space in Harlem. There will be an opening on Saturday, January 21st from 5-8PM. Over the past two decades, Ostendarp has mined sources as varied as Pollock’s drips, Newman’s zips, American color fields, Pop Art, and Surrealism to forge his own unique and influential brand of abstract painting.

In an ongoing study of the formative period of painting between the mid sixties and mid seventies, Ostendarp continues to explore contexts ranging from the emotional, historical and conceptual. He often responds directly to the physical gallery space through the spatial embodiment of his paintings. In this new exhibition, Ostendarp looks more specifically at artists he has studied for decades, particularly Ad Reinhardt's late black paintings at the Jewish Museum exhibition of 1966, Lee Lozano’s wave paintings at the Whitney Museum of American Art in 1970, and Barnett Newman's Stations of the Cross, which was shown in the legendary exhibition Lema Sabachthani (organized by Lawrence Alloway) at the Guggenheim Museum that same year. Beyond Newman’s personal relationship to religion and radicality, this show addressed the theme of the Holocaust through his abstract methods. Ostendarp describes this interest for the exhibition: "The exhibition as a whole is intended as a response to the social, political and psychological state of society, not as an expressionistic gesture but as an expression.”

The sizes, aspect ratios and locations of the works in this show are deduced from the architectural geometry of the gallery for the purpose of creating one complete painting installation, in order to present the work as a thematic group cycle. The large paintings are divided into two integrated groups, all with loosely painted, semi-transparent grounds (applied with a mop). All of the works in the exhibition contain thin-stained fields in contrast to opaque areas, derived from the same color of gray, which calls to mind newsprint, documentary film and photography. The works in the first group share a signature horizon drip-line image that the artist has mainly produced in mural-installation works of the last 10 years, rooted in the iconography of Ostendarp’s first stand-alone paintings of the mid 90’s. In these works, the opaque areas are located at the bottom of the canvasses, in what would be understood to be the “ground” which the “seeping painting” is yet to cover. Their overall effect relays a sense of entropy and restlessness in the image.

In the second group of works, the paintings feature opaque painting words on similarly loose grounds. The words retain the character of “voices,” being sourced from hand-drawn cartoons and embodying meaning as expression. Not found in any official language dictionary, these expressions are not words but technically referred to as ejaculations; vocal sounds that are pre-language such as “ACK!,” “ECH!,” “ARGH,” “MMP!,” etc. According to Ostendarp, “these [are] expressions that summon up or refer to unwilled responses like disgust and outrage.”

Ostendarp has had over 33 solo exhibitions and participated in over 170 group shows internationally. According to Howard Halle, "Ostendarp was part of a wave of Yale-trained painters during the early-to-mid-’90s, who took a dyspeptic approach to reviving various art-historical genres.” The artist is a founding member of the Elizabeth Dee Gallery. Recent exhibitions include: Blanks at Elizabeth Dee, New York; Everything Falls Faster than an Anvil at Pace Gallery, London; and Pop Abstractions at Garth Greenan Gallery. He has been a professor, teaching at several schools, including The Cooper Union, prior to his 17 years at Cornell. Ostendarp received his B.F.A. from Boston University and his M.F.A. from Yale University. He currently directs the Graduate Program of Art at Cornell University.
www.elizabethdee.com