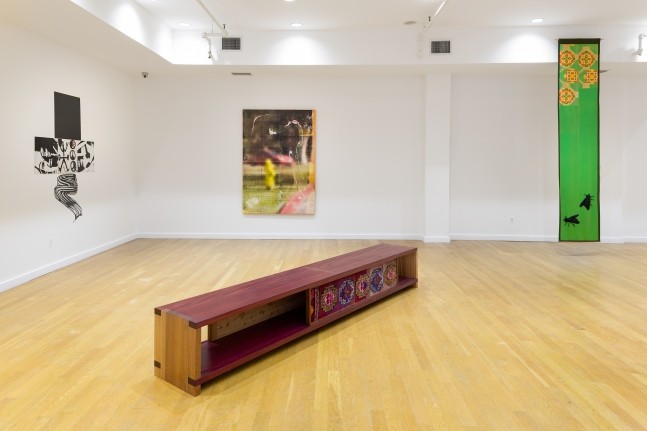 Elizabeth Dee Gallery is pleased to announce the gallery’s expansion to 2033/2037 Fifth Avenue, at the corner of East 126th Street. The inaugural exhibition, First Exhibition, will highlight our program for the coming year and also reveal the gallery’s new direction.

First Exhibition will feature a selection of new pieces by gallery artists who will have solo shows over the coming season. John Giorno, Carl Ostendarp, Joel Otterson and Julia Wachtel will present new directions from the studio, prior to their solo exhibitions at the gallery.

We’re delighted to announce that the gallery will launch an initiative to develop major group shows with accompanying publications. In October, the gallery will open Every Future Has a Price: 30 Years after Infotainment, reexamining the original Infotainment exhibition for the first time in New York. Infotainment was an intellectual appraisal of a complex and interrelated emerging New York East Village gallery scene in the 1980s. It was organized by Peter Nagy, Alan Belcher, artists and cofounders of gallery Nature Morte, and Anne Livet. Infotainment was never shown locally, yet traveled internationally to Texas Gallery (Houston), Rhona Hoffman Gallery (Chicago) and Aspen Art Museum (Aspen), as well as European venues from 1985-1987. The catalog was an important reference with texts by George W.S. Trow, David Robbins and Thomas Lawson.

Every Future Has a Price: 30 Years After Infotainment will reexamine rarely seen connections during this period between the dynamics of the art world and the art market that came soon after in New York. Updated and expanded to include more than 30 artists from the original 18, the gallery will showcase original works from the Infotainment show and catalog. First Exhibition will present selections from the 1980s era from six of the original 18 Infotainment artists. Rarely seen works by Gretchen Bender, Jessica Diamond, Steven Parrino, and Joan Wallace will be on view.
www.elizabethdee.com