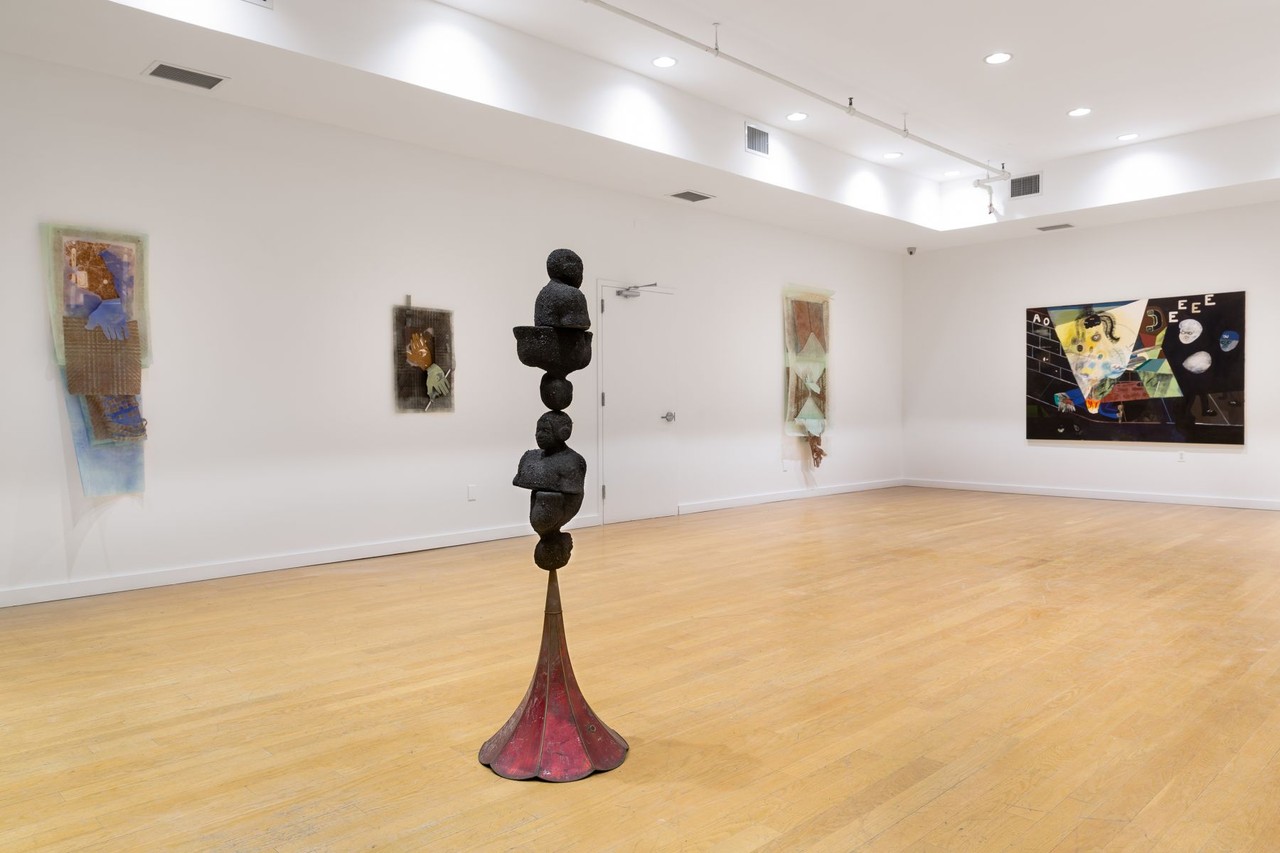 In its newest initiative, Elizabeth Dee is pleased to present, Selections, an exhibition series designed to bring visibility to the dynamism of today’s emerging artists. Works included in Selections are chosen by esteemed curators, who are actively engaged with the up and coming artistic voices shaping our society. Elizabeth Dee has invited culturally influential curator Larry Ossei-Mensah to organize the inaugural edition of Selections, which will be open to the public starting Saturday, January 21st from 5-8PM.

The inaugural installment of Selections features the work of four artists based in Harlem and the South Bronx: Derek Fordjour, Emily Henretta, Lucia Hierro and Kenny Rivero.

Ossei-Mensah has selected a group of artists whose rigorous approach to experimentation pushes the boundaries of their practice in response to a continuously shifting landscape that challenges tradition and is ripe with possibilities. Via a creative lens that explores a myriad of topics from the autobiographical to environmental, these artists’ inquisitive approach to their practice results in work that spans a broad range of mediums, such as felt, works on paper, sculpture and collage.

Derek Fordjour (b. 1974) mines the allegorical relationship between art and sports to investigate questions of value with relation to personal self-worth and notions of winning and losing—in how they are derived, consumed and maintained.

Emily Henretta (b. 1982) uses discarded materials imbued with a certain history to re-manufacture & re-contextualize objects that evoke the structures which support and challenge human life, architecture, technology, weather and landscape. By augmenting the form of her materials, Henretta models a space that is neither entirely of the past or of the future.

Lucia Hierro (b. 1987) explores the body as a collection of fragmented signifiers, such as language, taste and culture. Hierro probes these ideas through the utilization of a broad spectrum of techniques that include digital media, collage and felt painting constructions.

Kenny Rivero (b. 1981) investigates ideas of hope, loss and memory through coded gestures based on certainty and fiction. Rivero invents narratives that seek to find the truth based on his experiences that reality fails to address.

Larry Ossei-Mensah is a Ghanaian-American independent curator and cultural critic who uses contemporary art and culture as a vehicle to redefine how we see ourselves and the world around us. He has organized exhibitions at commercial and nonprofit galleries throughout New York City featuring a roster of critically acclaimed artists including Firelei Baez, ruby amanze, Hugo McCloud and Brendan Fernandes to name a few. Ossei-Mensah is also the Co-Founder of ARTNOIR, a global collective of culturalists who design multimodal experiences aimed to engage this generation’s dynamic and diverse creative class. He has documented contemporary art happenings for various publications and his writings have profiled some of the most dynamic visual artists working today—Derrick Adams, Mickalene Thomas, Kehinde Wiley, Lorna Simpson and street artist JR.
www.elizabethdee.com