With the Eyes of Others

Hungarian Artists of the Sixties and Seventies 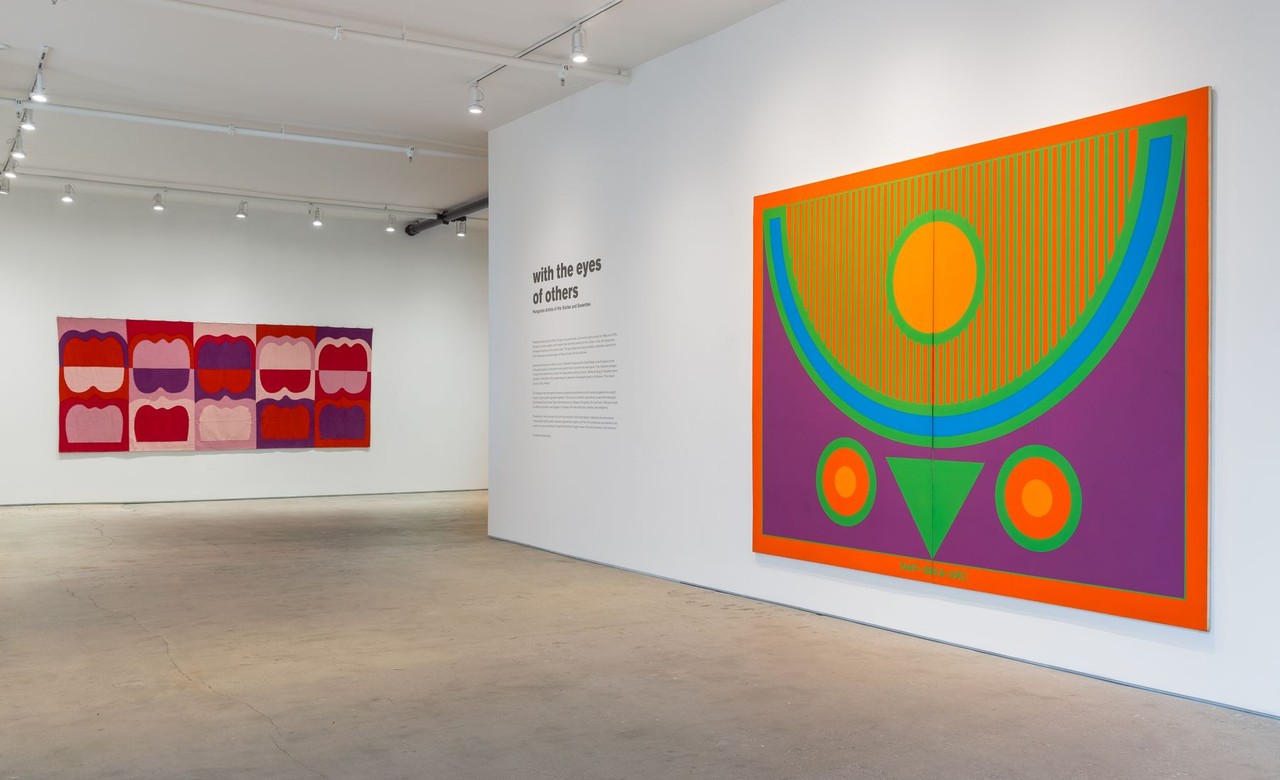 With the Eyes of Others: Hungarian Artists of the Sixties and Seventies presents more than one hundred works by thirty artists active in the Hungarian Neo-avant-garde in the latter half of the 20th Century. Organized by New York-based guest curator András Szántó, this will be the first large-scale exhibition in the United States devoted to a fertile yet underappreciated period in Hungarian art. Against the backdrop of an authoritarian system, which placed strict ideological limits on free expression, this group of artists found diverse and inventive ways in which to encrypt and express powerful messages in the face of the constrained social, cultural, and political reality of their time.

The artists in this exhibition operated inside the confines of the one-party state – a somewhat permissive socialist state, to be sure, when compared to other nations in the Eastern Bloc, but one in which open dissent was not tolerated. Most of the featured artists in With the Eyes of Others have not yet been on view in New York before. What unites them is that, one way or another, they were all playing a game of hide and seek with the state authorities.

Spread over both floors of the Elizabeth Dee Gallery, the exhibition – the second thematic historical show since the gallery’s relocation to Harlem – With the Eyes of Others offers a comprehensive introduction to the period, capturing the particular mood and texture of the non-official art scene. On the one hand, Hungarian artists were close enough to the West to consider themselves flagbearers of the avant-garde. They eagerly followed and responded to artistic developments in London, Cologne, and New York. On the other hand, these artists did not have regular access to the institutions, publications, and networks of the Western art capitals. Their semi-peripheral, semi-connected state endowed the Hungarian Neo-avant-garde with a particular outlook, language, and attitude.

Loosely organized around four themes, the exhibition explores diverse strategies of evasion which artists deployed to put forward independent, even controversial positions without getting caught up in the web of censorship. Some painters developed their own highly abstract pictorial style, escaping into a self-enclosed universe of optical perception and remove that was seemingly devoid of politics, even while its allegiance to abstraction signaled coded affinities to the West. Other artists pursued conceptual investigations so obscure as to render their works inaccessible to all but the small, closed coterie of artists and intellectual allies. Still others turned to humor, thumbing their noses in expressions of seemingly pointless behavior—a form of jest that asserted individualism in a language that would not allow itself to be taken too seriously. Still others staged evanescent actions, often in informal venues, documented for posterity but slipping from view before the authorities could arrive on the scene.

Pictorial and conceptual, visual and performative positions overlapped and interconnected on the small, informal scene. Some players emerged out of the world of poetry and literature as much as from the academies of fine art. Most of them were concentrated in Budapest, but key figures resided outside the capital, including the town of Pécs. The artists typically ranged freely across artistic media—there was no market or hardened critical consensus to steer them to one approach. Their practices correspondingly encompass an eclectic array of form, scale, and materials – from magisterial abstractions to diminutive photographs and drawings, to sculpture and video.

Much of the recent interest in East Central Europe in the post-war era derives from the closed nature of life under socialism and the corresponding delay in recognizing the rich cultural activity that thrived even under repressive circumstances. The exhibition includes documentary images from the ArtPool archive in Budapest that bring to life the atmosphere of the scene. The works and documents vividly call to life a period when artists operating at a distance from the Western mainstream nonetheless produced a legacy of works that appear extraordinarily fresh and relevant today.

Most of the key figures of the period appear in the exhibition, including some who, late in life, are being embraced by international museums, biennials, and collectors. Even so, most of the artists in With the Eyes of Others have not exhibited in New York or the U.S. Their groundbreaking and courageous work during the Cold War remains largely unknown outside Hungary.

The exhibition includes a small display of works produced in recent years by some of the participating artists who are still actively working. It will coincide with a colloquium with Columbia University dedicated to the Hungarian culture of the sixties and seventies. In addition to a lead essay by András Szántó, a richly illustrated catalogue will feature texts by Hungarian expert contributors, Emese Kürti, Dávid Fehér, and interviews by Nóra Winkler with eyewitnesses from the period, including some of the featured artists.

András Szántó, Ph.D. is a New York-based author and a cultural-strategy consultant to leading museums, foundations, and companies worldwide. His writings have appeared in The New York Times, The Los Angeles Times, The Boston Globe, Artforum, Museum Practice, and many other publications. The former director of the National Arts Journalism Program at Columbia University, Szántó has been a visiting critic at the American Academy in Rome, a visiting senior fellow at the Center for Arts and Culture in Washington, DC, and a research affiliate of the Center for Arts and Cultural Policy Studies at Princeton University. Since 2014, he has overseen the Global Museum Leaders Colloquium at the Metropolitan Museum of Art.

This exhibition has been made possible thanks to the generous collaboration of Gábor Pados and Orsolya Hegedűs at ACB Gallery, Margit Valkó at Kisterem Gallery, Attila Pőcze at Vintage Gallery, Katherine Kostyal at White Cube, London, and the Museum of Fine Arts and Artpool Art Research Center, Budapest. The exhibition catalogue was produced with the generous support of the Balassi Institute - Hungarian Cultural Center in New York and the Ministry of Foreign Affairs and Trade of Hungary.
www.elizabethdee.com