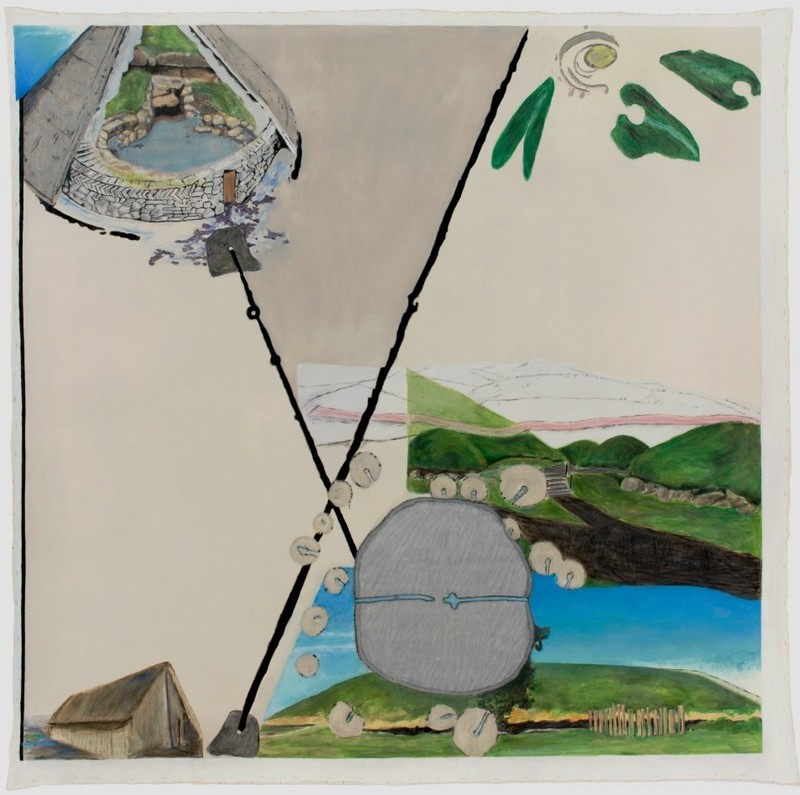 Jo Baer was a key figure among the celebrated protagonists of Minimalist painting in New York in the 1960s and first half of the ’70s. It was during that period that she executed her series of different-sized squares as well as vertical and horizontal rectangles in the hard-edge style, works she later expanded into multipartite arrangements as diptychs and triptychs.

Baer describes her early ambition to make “poetic objects that would be discrete yet coherent, legible yet dense, subtle yet clear.” The artist produced what she called a radical redefinition of painting by arguing that the root of painting was neither flatness, nor colour, nor shape. She placed the emphasis entirely on light.

The figural subjects, concepts and objects in her paintings make reference to historical, mythological and private sources. [...] Jo Baer’s ‘image’ paintings are often distinguished by their forceful colours and emphatic chiaroscuro contrasts. Other compositions are dominated by white surfaces. By the use of a pronounced positioning of colour as well as translucent and opaque areas in her current works, Jo Baer once again brings her own artistic origins to light, placing them on an equal footing with the newer elements.

Jo Baer who was born in Seattle in 1929 now lives and works in Amsterdam. Her works are part of various public collections such as the Museum of Modern Art, New York, Tate Gallery, London and the Museum fur Moderne Kunst, Frankfurt am Main. Her latest solo shows were at Van Abbemuseum Eindhoven (2009) and Secession Vienna (2008).
Recently solo exhibitions of Jo Baer’s work were held at Stedelijk Museum, Amsterdam (2013) and Ludwig Museum, Cologne (2013). Her work was part of “highways and byways. together again. Nic Hess creates a setting for American Art from the Daimler Art Collection” at Daimler Contemporary Berlin (2013). In 2015 Baer’s work was included in the 31st Bienal de São Paulo and shown during a solo exhibition at Camden Arts Centre, London.
www.edbprojects.nl