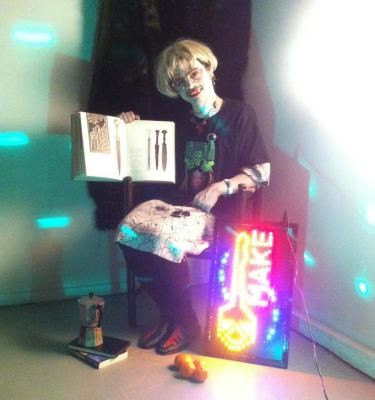 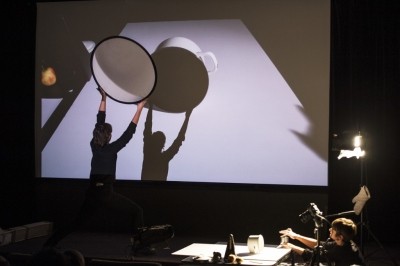 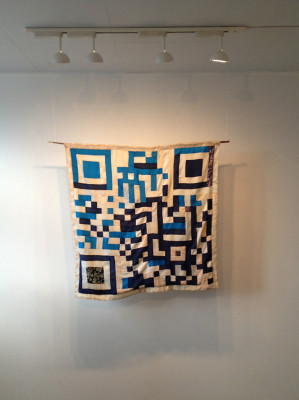 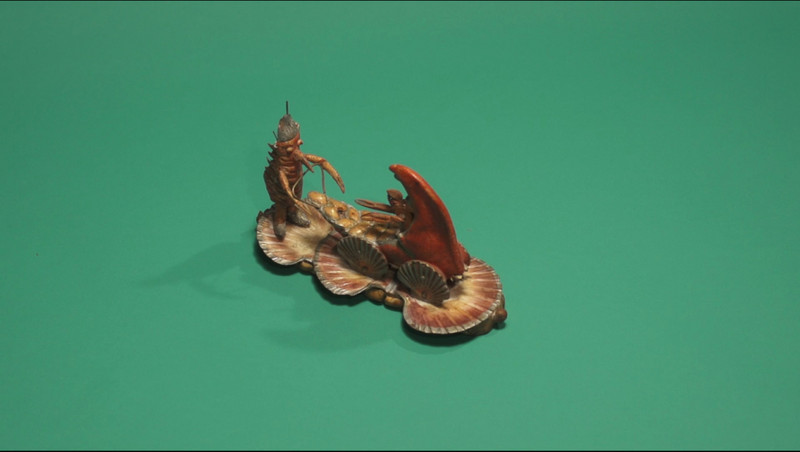 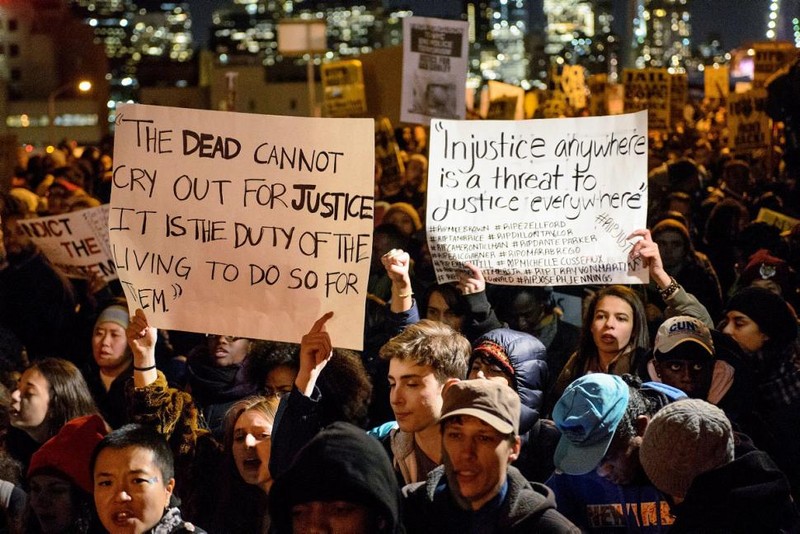 In collaboration with Kunstverein Amsterdam Ellen de Bruijne Projects will present different performances every week, by the following artists:

What does a man have in his plastic bag? Nothing.

Slapstick comedy and philosophical wanderings repeatedly cross paths in an absurdist swirl that is the work Erkka Nissinen. This video is the result of a creative working period in Amsterdam Southeast, as a resident artist at FLAT. Like often in his videos, Erkka himself takes on the role of different characters that converge with several fictional storylines – here, revolving around actual locals. The environment of the Bijlmer is the concrete backdrop while the imaginary at the same time functions as a more abstract setting in which the stories unfold. Video Without Ideas follows real human obsessions and the oddities of communication. The tracks do not lead to any solution, but rather to the process of elegantly thickening confusion.
The music in Video Without Ideas is by Blodfet & DJ Lonely (Flat artist Jonas Ohlsson). For the video, Erkka worked with the help of local filmmakers and actors.

HW Clobba is the artist’s dead godmother, in Amsterdam for the first time from New York City. Feb 17-20, she will be present in the gallery during daytime hours, working on her latest poems.

* Nancy Acid is a two-person experimental punk group based in Amsterdam. Nancy Acid was raised in Playa, Aruba. As childhood friends they connected over a similar interest in skateboarding and punk music. They started out as The Sasters in which Ef plays guitar and Kev looks over the percussion section. In Nancy Acid they have switched roles.
www.kunstverein.nl

‘Things on a Table’ is based on a live recital of Gertrude Stein’s mesmerizing modernist text ‘Objects Lie on a Table – A Play’ (1922.) This abundant cacophony of rhythmically repeated and recombined fragments raises questions about the nature of representation, the bourgeois fixation on objects and their depiction, issues of gender, race and environment.

Simultaneously, ordinary everyday objects are continuously rearranged on a tabletop. These objects appear transformed into protean characters in the play and bring to mind a range of fleeting associations. The emerging still lifes are framed by a camera and projected live onto a screen — juxtaposing two perspectives and modes of practice: performance and photography. The friction with Stein’s text initiates a playful dynamic process of constructing and deconstructing visual meanings.

Janneke Raaphorst (NL) is a performance artist from Amsterdam. In the past period her work, love and live brought her all over the world. When asked to tell something about her work, she answered: “In my work and during my travels I tend to find connections where there aren’t seem to be any”.

*of, relating to, or marked by extreme economy of speech or writing (2) : of or relating to deliberate obscurity (as of literary or conversational style)

In her work Sarah van Lamsweerde (Brussels, 1971) tries to extricate new sense from basic binaries such as language / image or performer / spectator. In 2008, she completed her Masters in artistic research and performance at Dasarts, Amsterdam. Her projects have been shown internationally in both visual arts and performance contexts. Since 2011, she is an associate artist at Het Veem Theater in Amsterdam. Besides her own work, she participates in projects by other artists, such as Zhana Ivanova and Ivana Müller.

As often in French artists Louise Hervé and Chloé Maillet’s projects, the origin of the film Un passage d’eau is based on scientific grounds. Employing a methodology that reflects their doctoral education in the humanities and literature, Louise Hervé and Chloé Maillet’s scenarios establish consistency between speculation around mythologies, proposed solutions to impasses of science, and surveys around a field to study, making their films rather stages of exploration than a plausible answer.

Indeed, science is discussed in their work as a knowledge which forever renews the realities as well as fantasies. Their films are so, somehow, research laboratories, made ​​of different layers and stages of proof of computation more or less likely, also echoing to the history of cinema. Playing with genres, from science fiction to epic, from TV reconstitution to anthropological documentary. Using experimental filming methods, as seen in Werner Herzog’s movies, or forms and frames, reminding particular Eric Rohmer’s visual language, the filmmakers offer a quite contemporary vision on the history of myths.

Louise Hervé and Chloé Maillet’s first entirely written scenario, Un passage d’eau unfolds his story at the crossroads of history and knowledge. By staging their cinematic and philosophical potential, the film offers a contemporary and poetic vue on a history of aquatic fantasy. It is built around three narratives, in different places and times, in which actions are alternately held. This triptych aims to uncover and document the imagination of the water as objects and bodies’ conservation source.

Some marine creatures, such as lobster, may be immortal. In the future, Man would he be able to mutate instead of getting old?

Assumptions: off a beach resort, amateur archaeologists dive on old shipwrecks sites and try to preserve their underwater discoveries of the ravages of time. In a coastal town, a spa institute offers guests to use sea resources to rejuvenate. In the meanwhile in a former bathhouse, a mysterious group of retirees formed a club whose main purpose is to access to eternal life.

Between archaeological documentary and fantastic tale, between myth and incongruous encounters, from the depths of the sea to the thalassotherapy pools, Un passage d’eau is a fiction blending ​​documentary and fully staged sequences, actual participants and actors. A fantastic end brings together scientific discoveries and fantasized speculations. The film is playing on ellipses and dichotomies guided by these characters. They provide meaning to the story thanks to their characterizations, their encounters, and their recurrences in different narrative frames. In the manner of symbolic figures from ancient mythology (such as nymphs, cyclops or sirens...), they justify the tracks taken from the theoretical and iconographic collection of the authors as well as the assumed fantasy they establish within the synopsis of the film.

“There was a necessity, a need – which was very exciting for us – to describe the world. The Communist world had described how it should be and not how it really was. We – there were a lot of us – tried to describe this world and it was fascinating to describe something which hadn’t been described yet.
It’s a feeling of bringing something to life, because it’s a bit like that. If something hasn’t been described than it doesn’t officially exist. So that if we start describing it, we bring it to life.” – Krzysztof Kieślowski
This public event is one of a series marking the conclusion of Day’s Doctorate of the Arts project: A Kind of Imagination that has Nothing To Do with Fiction? Allan Kaprow and Hannah Arendt and a Practice for a New Publicness of Art.In this talk Jeremiah Day will explore his research into the ways narrative and image-making are used in politics, and the implications this has for art-making and it’s role in the public realm.The talk will be accompanied by a presentation of Day’s project The Frank Church – River of No Return Wilderness.

Part epitaph, part ode, part investigation, this installation draws together years of research and studio performance into a contemporary memorial form, chronicling the example of US Senator Frank Church.Church is a widely forgotten figure but whose name has resurfaced to public attention in the wake of the revelations of Edward Snowden. In the 1970’s Church led a series of investigations into the political practices of the United States, including the harassment of Martin Luther King Jr, assassination plots of foreign political leaders, and the development of mass surveillance.The title of this work is taken from the name of a wilderness park in Idaho, named in honour of United States Senator Frank Church, who had ironically used those exact words to warn of crossing over a “bridge of no return,” and this word play becomes the point of departure and hinge for Day’s evocation of Church, his investigation and his subsequent failed Presidential run.The Frank Church – River of No Return Wilderness was originally commissioned by the Stedelijk Museum, Amsterdam.
www.edbprojects.nl