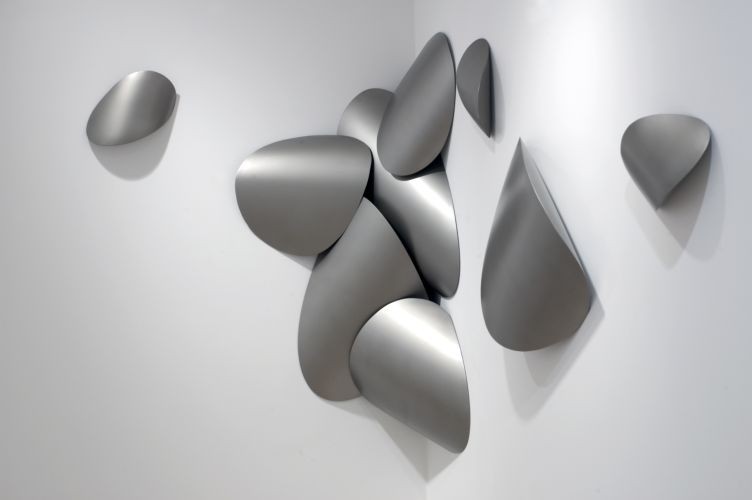 Galería Elvira González opens the season on 12 September with its sixth exhibition of the sculptor Juan Asensio (Cuenca, 1959).

Originally, Asensio’s sculptures formed part of geometric abstraction with references to constructivism, rationalism and minimalism. However, for a few years now, the artist’s interest in the geometry of nature made his work turn towards greater organicism.

Those first simple sculptures with exact geometry and large expressive austerity have evolved into works which explicitly evoke simple forms, leaves or stems, although they maintain their geometric structure since they come from basic forms such as prisms, spheres and cylinders.

The exhibition, which will be open to the public at the Galería Elvira González until the end of October, shows Juan Asensio’s works made with materials such as marble, sandstone, granite, aluminium and steel. His stone works show a great contrast between the density and weight of the material itself and the feeling of lightness provided by the organic forms.

For this exhibition, Asensio has made a number of steel sculptures formed by simple structural elements but which synthesise the pillars on which they stand and which nurture his work: geometry and nature. These simple elements start forming groups, building more complex structures and forming colonies that invade the walls and corners of the gallery’s space in an apparently random way. They evolve by overlapping each other like ivy or like a colony of fungi or bacteria.

As the critic Óscar Alonso Molina once said, Juan Asensio remains “loyal to the refined balance between the personal organic classicism of his sculptures and the somewhat baroque style of his curved forms. Each edge bends, the planes do not twist, paving the way for irregular forms which seem to recover their hypothetical original figure.”

Juan Asensio has received several awards, including the First Prize of the Caja Madrid’s 20th Plastic Arts Competition in 1996, the same year in which he presented his first exhibition at the Galería Elvira González. Since then, he has staged five solo exhibitions at the gallery.

Juan Asensio’s works form part of the public collections of the Museo Reina Sofía (Madrid) and the IVAM (Valencia) as well as private collections in the United States, Latin America and Europe. The sculptor from Cuenca has also carried out several projects for public spaces.
www.galeriaelviragonzalez.com