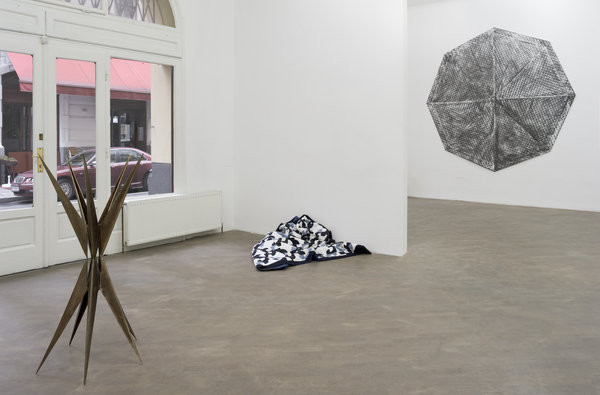 Presenting these two artists together can be explained by the similarity between their historical and socio-political interests. Tillman Kaiser and Marius Engh create memorials. Both work like archaeologists, although neither is concerned with the original spectacle. Kaiser is interested in historical utopias, especially in the irrational aspect of their creation. Engh searches for the historical in the now and attempts, through the history of form, to reveal its implicit structures. Both artists work with time and its recurring patterns, though in almost completely opposite ways. With Engh the work is about history, about power, a transfer of value, about a new contextualization of forms, while Kaiser concerns himself with the re-signification of the forms themselves, to some extent even letting them disappear.