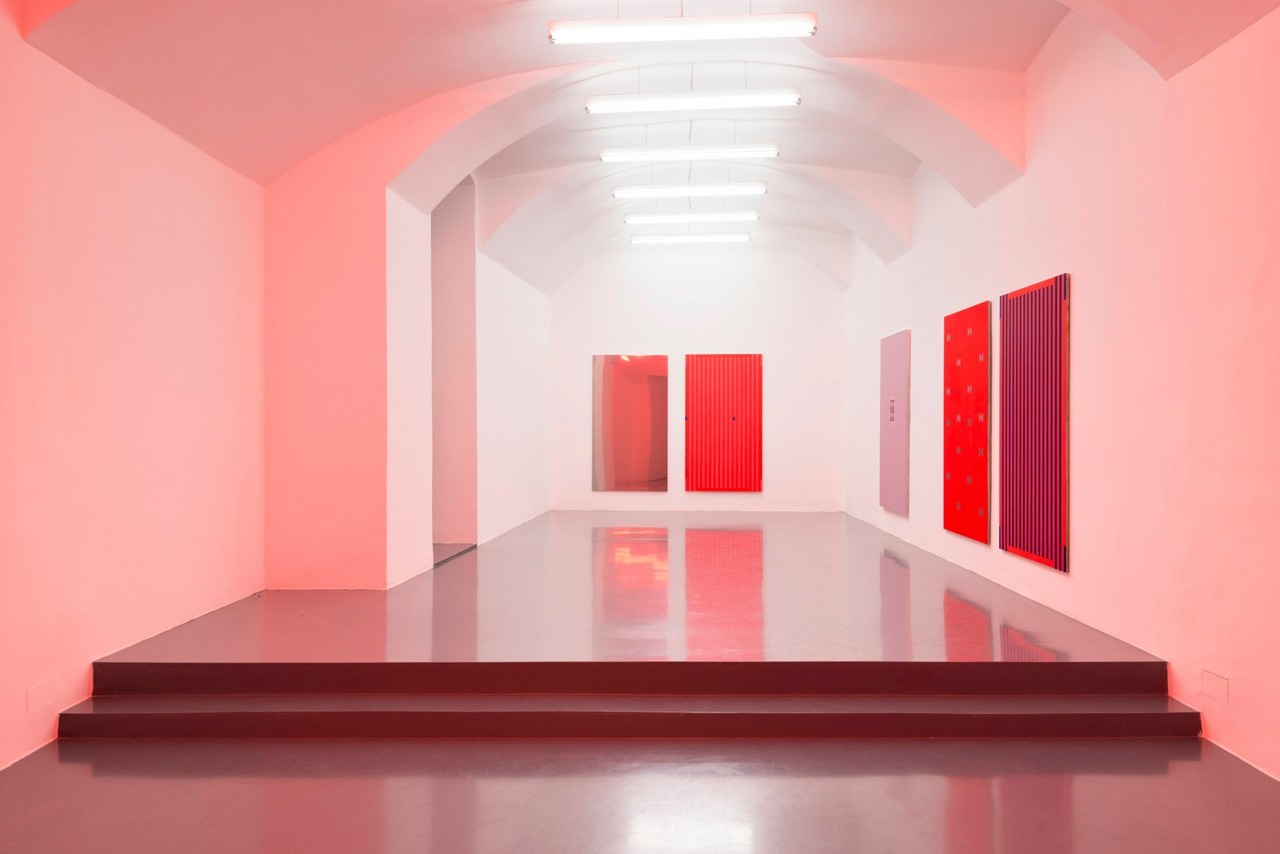 ‘Descartes taught the mathematicians of the classical age how to divide the euclidean plane into squares with two coordinates that intersect at a designated point of origin. Straight lines and a reference point. A foundation that makes it possible to talk about two dimensional events in a clear, concise and level way. Geometry enables seeing, it is the domain of viewing; algebra enables speech and writing, it is the domain of discourse; they are neighbours located at an interchange through which they flow into one another: a datum point, a site-less site and simultaneously the site of all sites, zero of all measurements and logos – but origin and enabler of speech and writing about the phenomenon of site. A pinpoint hole through which the words in the room diffuse, by which the things in the room can be ceaselessly spoken and written about. Through a fixed point presentation becomes discursive and discourse presentable.’ (Michel Serres in ‘Über Malerei: Vermeer – La Tour – Turner’, Philo Fine Arts, 2010)

The seven works on show – all in identical 180 x 100 cm format – are separated by the architecture of the gallery. Their appearance and our perception of them have been altered, along with the rooms themselves, by a spatial intervention. The artist has replaced half of the white neons lighting the space with red ones, causing reflections of red tubes in mirror-polished stainless steel panels, visually shifting elements of the exhibition or fading them out of view. The exhibition title refers to this intervention in the space. Taken from neurology it describes the changes in visual perception in different sensory states.
www.emanuellayr.com