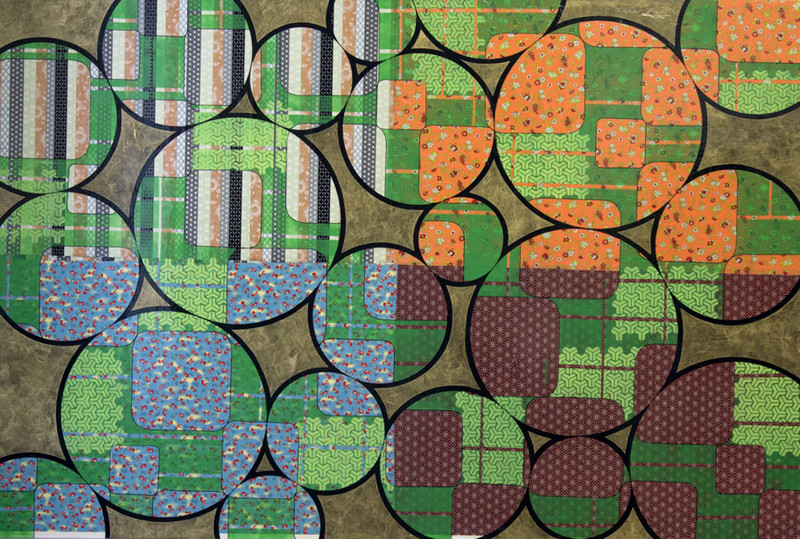 With time and memory as her constant themes the portuguese artist ANA VIDIGAL shows Época, her first solo exhibition in Espacio Mínimo Gallery.

The exhibition brings us four paintings and two paper series where, as Ruth Rosengarten wrote in her exhibition’s catalogue Ana Vidigal. Menina limpa, menina suja (Ana Vidigal. Clean girl, dirty girl), for the Galouste Gulbenkian Fundation in 12010, the artist has built a unique authorial universe based on multiple authorships, drawn from both the art world and the literary world. Just like the visual signs, the text that appear in her canvases have multiple origins and diverse hierarchies.

Trinta Anos de Mim Mesma (Thirty years of myself) is a serie of thirty paper works made from issues of the Reader’s Digest Selections from the 1960s and 1970s (the time of the artist’s adolescence). Here, ANA VIDIGAL puts explores a quirky interplay of words and the titles of the magazine articles, alluding to personal situations from her past, but simultaneously, ones that the viewer would share.

The series Pequenos Sinais de Fumos (Little Smoke Signals) is based on a series of children’s books from the artist’s childhood. Once dismantled, these take on a new formal structure, tell a different story, ironic and self-critical.

Over the years, ANA VIDIGAL has collected all manner of material, in particular paper. Tissue paper, sewing patterns, letters, magazines and photographs constitute her treasure. What interests her, in such gathering, are not only the formal aspects but also that which is more intimate, the story that these materials tell. It is in the paintings that ANA VIDIGAL uses them to the full, where disclosing and obscuring always engaged in seductive play.

Her work is represented in a lot of public and private collections.
www.espaciominimo.net