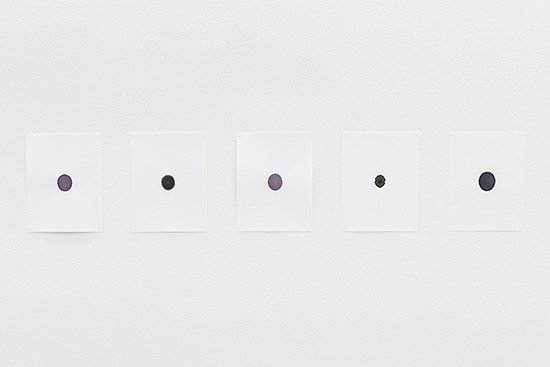 This exhibition addresses power and discourse through the deployment of two distinct approaches.
A series of new works each combine an abstract structure and a text. The works pair a “reference” form with a fragment of a conversation. Adjacent to the main space a mirrored ante-room has been created that is a screening space for a new film.

The new sculptural works integrate the artist’s ongoing use of text and abstraction – towards an analysis of the semiotics of the built world – into single works for the first time. The use of raw aluminum and clear Plexiglas allows form to move to the front while the text elements provide a selfconscious commentary upon the contingency of meaning in context.

The texts are fragments are derived from the overheard conversation that takes place at the center of the film The Conversation (Francis Ford Coppola, 1974). In the film an ongoing conversation between a man and a woman in the semi-public space of an urban pocket park is the cause of the main character’s moral crisis as he realizes his surveillance work will lead to a murder. In the film it transpires he has completely misread his own detailed surveillance. The apparent victims are the perpetrators.

Gillick's work draws attention to the manner in which contemporary architectural and workplace settings organize labor practices, allow for discursive interactions, or may hinder them. This exhibition draws heavily on Gillick’s soon to be published work on the Bampton Lectures at Columbia University in 2013 where he applied Foucault’s genealogical approach to the emergence of contemporary art as an identifiable historical period.

Concurrent with the exhibition the gallery is pleased to present Hamilton: A Film by Liam Gillick that was produced to coincide with the first major posthumous exhibition of Richard Hamilton at Tate Modern and the ICA in London. The film is both an homage to the older artist as well as a personal exploration of how artistic practice is constituted through discourse. The film follows a similarly selfreflective strategy as Gillick’s Everything Good Goes (2008), his dialogue with Jean-Luc Godard and Jean-Pierre Gorin’s 1972 film Tout va bien.

The exhibition title is an oblique reference to the artist's reexamination of his own practice, as part of two exhibitions featuring important early works by Gillick from the 1990s, From 199A -199B shown in 2012 at the Hessel Museum of Art, Annadale-on-Hudson, New York and the forthcoming De 199C a 199D opening at Le Magasin, Centre national d'art contemporain in June 2014.