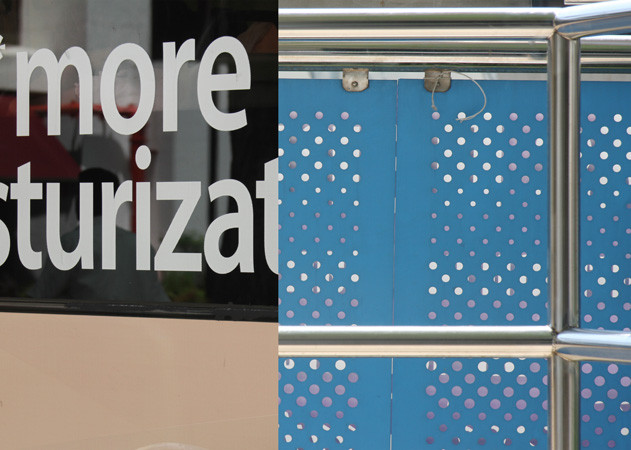 On November 16, Galerie Eva Presenhuber will be opening an exhibition of new works by Beat Streuli.

Since the late 1980s, Streuli has been tirelessly expanding his visual atlas of the world’s major cities, moving through the streets of New York, Brussels, Buenos Aires, Cape Town, St. Petersburg and many others. In the resulting pictures, these specific places can no longer be identified with any certainty. Instead, Streuli reduces his view of these cities by concentrating on their inhabitants, drawing a picture of people in the urban civilization that surrounds them.

By using a zoom lens to isolate individuals within the crowd, the artist confronts the viewer, who could also be under such observation, with a situation that is at once highly artificial and entirely natural. The spaces that become stage-like backdrops in Streuli’s photographs are the same spaces we move through every day, and we suddenly become aware of ourselves: “... so this is what it looks like when I walk through the streets.” Within the exhibition and the image this becomes a dramatized moment, while in reality, with a before and after, with the usual background noise, it becomes part of our everyday life.

In this exhibition, entitled “Transit”, Streuli creates an open dialog between two very different types of motif. On the one hand, there are figurative images which, following a recent trend in Streuli’s work, capture small dramatic moments: someone cautiously throws a longing look at a woman, money changes hands, a cat is held protectively in the arms of its owner. These pictures have a strongly cinematographic, narrative character, referring more clearly to the above- mentioned before and after.

And then there is a group of pictures that are positively abstract. Monochrome surfaces overlap, sometimes slightly shadowed, in some places coming up against mirrored windows. Telling where and how these pictures were shot is often difficult, if it is possible at all. For although the base material here is all shot together at the same place, there is no longer a real point of reference: digitally processed, pictorial space becomes a field of formal experimentation.

Born in Switzerland in 1957, Streuli lives in Zurich and Brussels. His photographs, videos and window installations have been shown at museums and galleries worldwide, and permanent installations are to be found in the Lufthansa Aviation Center at Frankfurt Airport, the Technical University and the Triemli Spital in Zurich, the Style Company Building in Osaka, and the Immigration Hall at Fort Worth International Airport in Dallas.
www.presenhuber.com