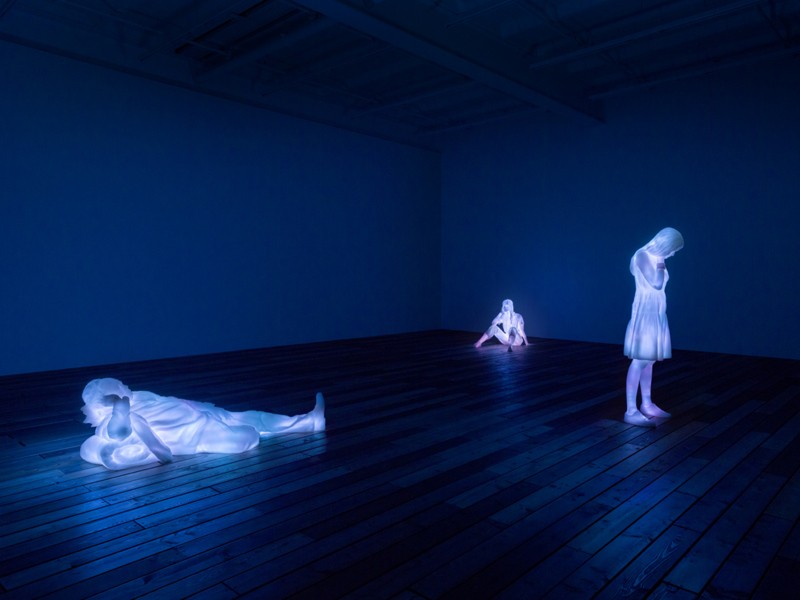 Galerie Eva Presenhuber is pleased to present a solo exhibition by Doug Aitken. The exhibition will open on June 9 during Zurich Art Weekend, just before the opening of Art Basel. It will feature Aitken’s newest video work, New Era, and will also premiere two new large-scale installations.

Aitken has developed a multimedia oeuvre that both studies and leads into new art forms. His work spans a wide array of mediums, integrating film, sound, photography, sculpture, performance, happenings, and site-specific installations. He creates immersive multimedia landscapes and disrupts the conventions of the contemporary art world. This exhibition features three new installations including the video work New Era, and adds a new chapter to Aitken's oeuvre.

Aitken believes that as we move forward, the viewer’s role will change and be far less passive. As new forms of art making are created that are living, interactive and continuously changing, so too will the viewer have continuously changing dialogues with these artworks. It is important to change the way art is seen and find alternatives that move beyond the traditional role of the viewer as voyeur and spectator. In Aitken’s work the viewer is immersed, activating the work and being activated by it.

This new body of artwork takes the viewer into a different world, a world that explores ideas and takes you places that language cannot fully articulate. Through image, forms and sound, the artworks conceptualize the idea of a current world that is completely kinetic and synchronized, yet at other times a landscape that’s vastly isolating.

Entering the first room of the gallery, New Era creates a hexagonal space of alternating mirrors and projections; the film takes the 1973 invention of the very first cellular telephone by Martin Cooper as a starting idea. It weaves his role in the history of mobile communication into a poetic narrative. This narrative disintegrates and abstracts, mirroring how the diametrically opposed notions of connectivity and freedom have been underlined in this paradigm-shifting moment in history.

In the second room, the viewer steps directly into 3 Modern Figures (don’t forget to breathe), an installation of three human figures resting on a raw wooden floor. The figures are seen frozen only in form, crystallized in translucent glass. These are not heroic figures but a candid snapshot of modern individuals frozen as if time had stopped. In the empty core of the sculptures light emanates and pulses.

Light choreographs from person to person creating a rhythm that seems to both connect the figures and alienate each from the other. The figures are caught in the midst of making calls. Where a phone should be clutched in their hands there is instead a negative space. The patterns of light create a landscape of patterns and pulses of glowing colors. Echoing through the space is an original audio composition of layered vocals that moves in sync with the light choreography.

In the third darkened room stands a 12-foot rock and concrete sculpture with visual parallels to a brutalist monument, titled Crossing the Border. The slab of stone and concrete is cut in the shape of a silhouetted image of Gandhi. In this seminal image of the 20th century, he is pictured climbing upward on a rocky trail keeping his balance with a wooden staff.

In the dimly lit space we see his body and outline frozen in granite and stone. In place of the wooden stick he holds a glowing staff, made of translucent glass and glowing from within. Echoing in the large room we hear patterns of dripping water, the water appearing out of openings in the rock figure. Gradually the drips increase, building momentum until water pours out from all over the rock figure, the cascade of water synchronizing in speed with the pulsing of the light staff. Crossing the Border is a beacon, a marker standing in a perpetual twilight while looking toward the future.

Connecting three works in the sequence of three rooms, this exhibition starts with the invention of the cellular phone, reflects the way humans are both in and out of sync in this age of technology and ends with Crossing the Border. The exhibition creates a fragmented narrative of today’s digital contemporary landscape. In this landscape, Aitken's works are signposts, making the viewer pause, stop and evaluate their surroundings.