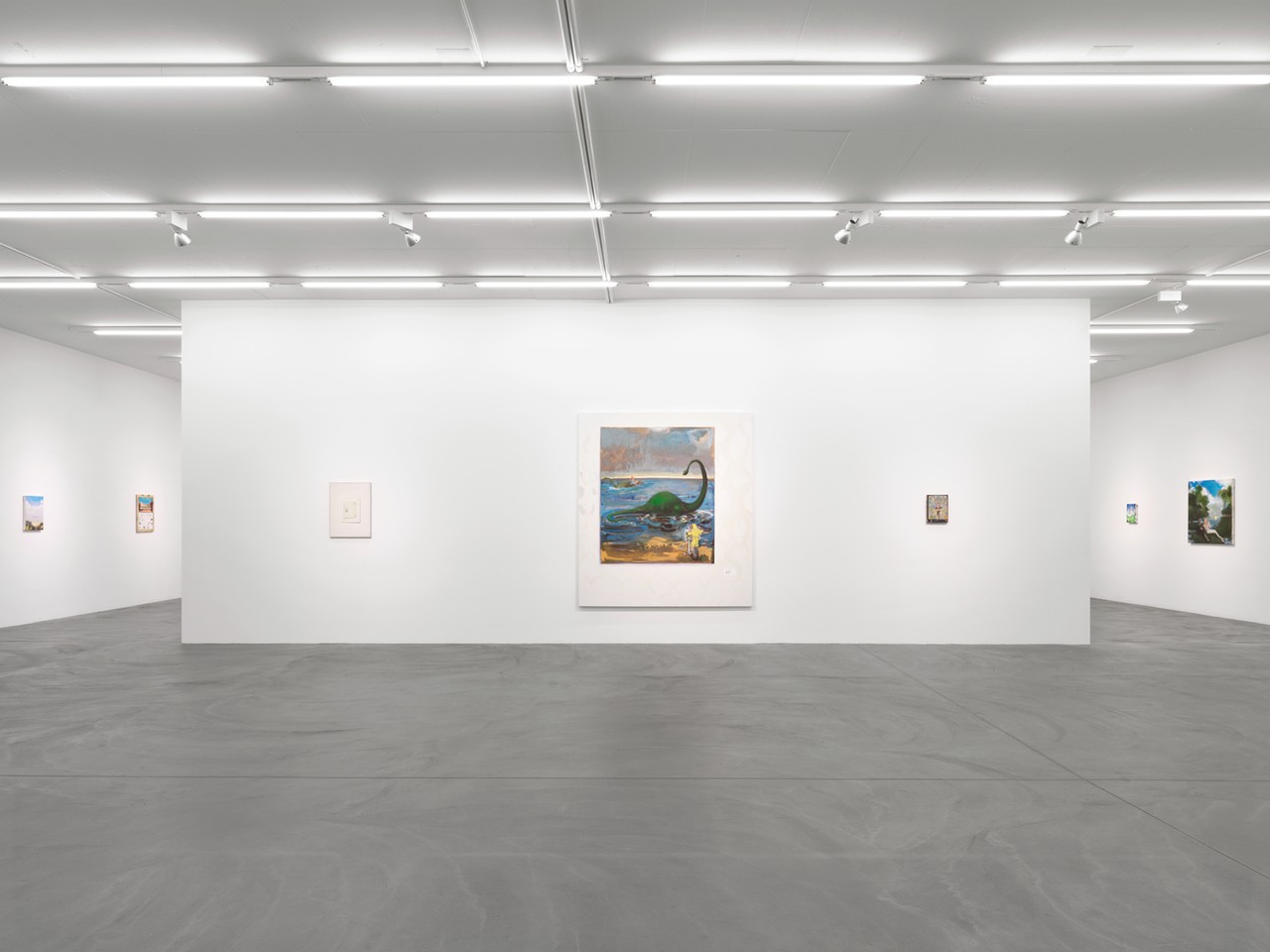 Galerie Eva Presenhuber is pleased to present a fifth exhibition with works by the American painter Verne Dawson.

Verne Dawson comes from the southern US where he still lives and works and also maintains a studio much of the year when he is not in New York. With almost anthropological fervor he explores in his paintings the history of mankind and the development of human society. Moreover, he is captivated by the continuing similarities between past cultures and our present-day reality, and incorporates these scenes, which are charged with mythological and fairy-tale elements, into his paintings. In his works, Dawson attempts to confront this gradual obliteration of collective memory, which has seemingly caused everyday connections to become lost—for example, how the course of the sun and the moon has forever defined men’s concept of time in every part of the world—at times with slight amusement, at times with earnest seriousness.

In his painting Winsor McKay, Dawson observes the originator of the animated film as he sketches en plein air a gigantic brontosaurus at its bath, and, therefore, touches multiple levels of meaning and multiple layers of time simultaneously. He speculates on the ability of painting (and the animated film, of course) to configure a world of its own and then present this vision, hung on a wall, as a quote from his own painting. He is fascinated by the way animation can teach a dinosaur to walk, and moreover, by all the ways, both positive and negative, how such visualizations can influence our actual scientific observation. In part he is picturing himself, a painter indulging in nostalgic and sentimental contemplation of nature and mankind, and by doing so, he creates a cosmos of his own.

Accordingly, Dawson’s works are doors to a world that has always existed and still goes on to exist, but is also a world that has been pushed aside by the manifold entanglements of modern civilization: suddenly ultramodern cities of the future pop up, embedded in bucolic landscapes with circle steam-driven airships cruising above that betray a painterly passion. Again and again, the picture within a picture points out the unreal of a scene, while at the same time invites the viewer to immerse himself in the depicted event.
Dawson has been the subject of monographic shows at Douglas Hyde Gallery, Dublin, Le Consortium, Dijon, Camden Arts Centre, London and Kunsthalle, Zurich. Dawson‘s work has been featured in significant international exhibitions such as 2011 Yokohama Triennial, the 2010 Whitney Biennial, the 2006 Lyon Biennial, and has been presented in shows at venues such as Palais de Tokyo, Whitney Museum of American Art, New York, and Musée d‘Art Moderne de la Ville de Paris.
www.presenhuber.com