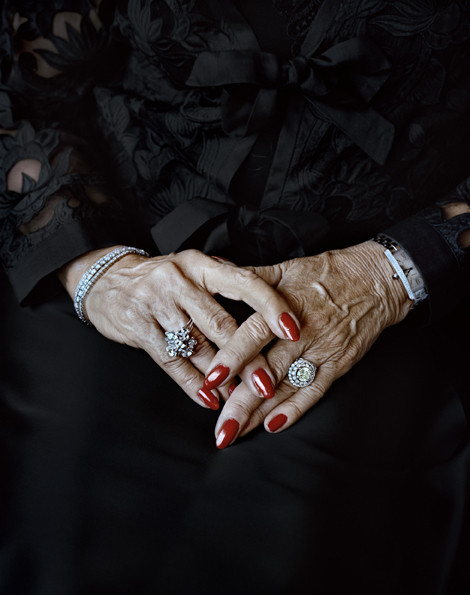 In 2005 and 2009, Museum Van Loon, just opposite Foam Photography Museum, opened its welcoming rooms to Foam while theirs were temporarily closed. In the autumn of 2012 Foam again temporarily closes its doors in order to build a major retrospective exhibition of the work of Diane Arbus.
The Dutch photographer Danielle van Ark has been invited by Foam to be inspired by the house of the Van Loon family. The result is a special exhibition, 'Foam at Van Loon III, Danielle van Ark'.
Status and origin, transience and mortality are recurrent themes in the work of Van Ark. Images including the hands of women with special jewelery reflect these themes along with installation pieces.
Danielle van Ark (1974) lives and works in Amsterdam and studied at the Royal Academy of Art in The Hague. She is resident at the Academy of Fine Arts 2012-2013. She received several nominations including Steenbergen Stipend, Construction in View Price and in 2011 the National Portrait Prize.
Ark gained her international reputation with her series, For Art's Sake (shown at Foam in 2006), in which class difference, external display and the attitude of the New York art world she recorded during openings and galleries in the Chelsea neighbourhood.
Foam in Van Loon III, Danielle van Ark in on show from October 12, 2012 until January 21, 2013 in Museum Van Loon. Open daily from 11am - 5pm. Closed on Tuesday. Admission: € 8.00
www.foam.nl