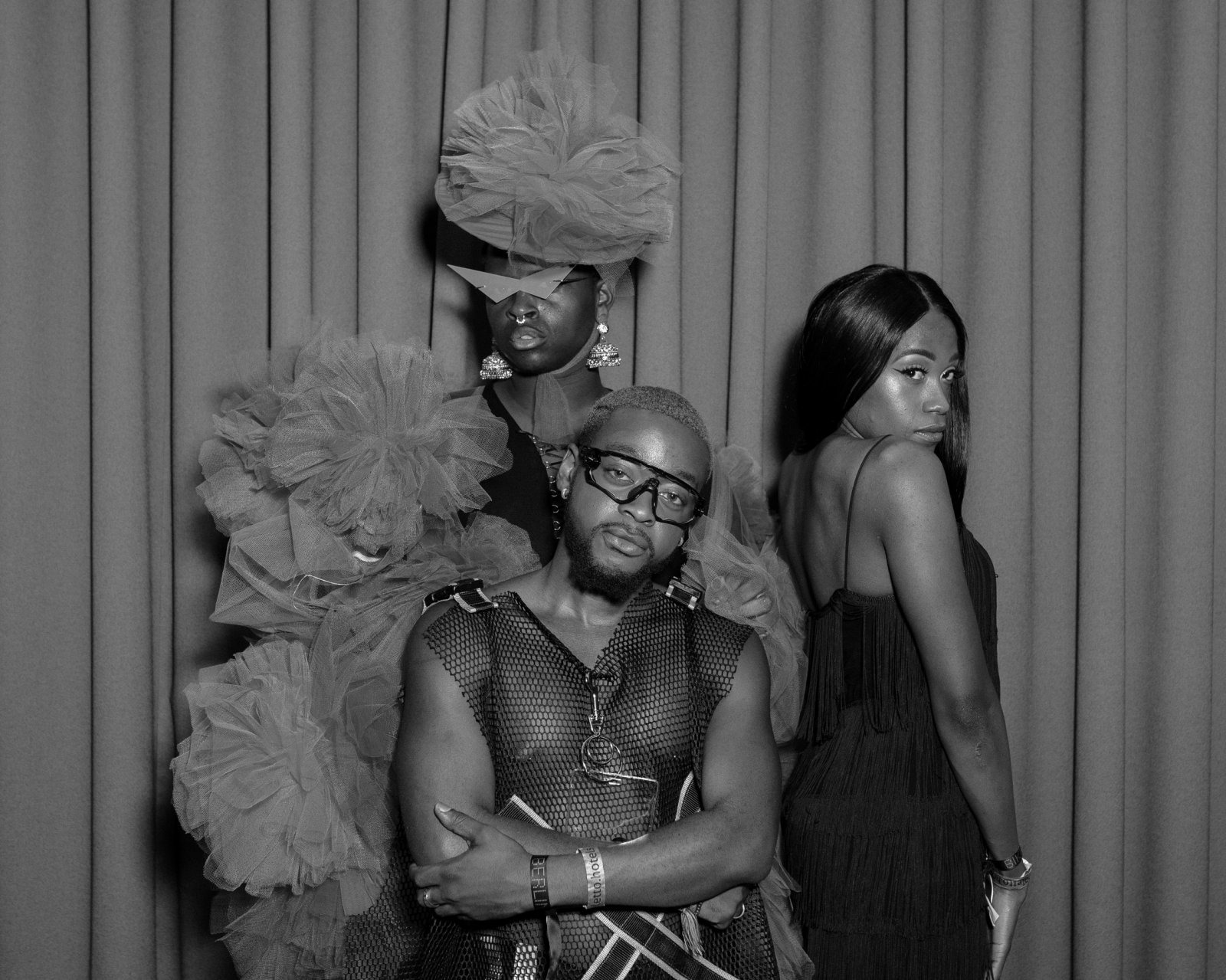 f.l.t.r. Matyouz LaDurée, Vinii Legendary Father of the House of Revlon, Gigi Da Blizzard Revlon at the ‘On The Cover of Vogue’ Ball under direction by Zueira Mizrahi, Berlin 2018, from the series Opulence © Dustin Thierry
DUSTIN THIERRY
Opulence
18 October - 8 December 2019

The work of Amsterdam-based photographer Dustin Thierry (Willemstad, Curaçao, 1985) testifies to a vibrant and timely revival of the Ballroom scene, but also points to persistent discrimination and marginalisation of black and queer communities worldwide.

Thierry is a self-taught photographer and started employing photography as a means of empowerment after moving to the Netherlands from the Caribbean island of Curaçao as a teenager. Becoming increasingly exposed to racial issues, he sought a way to channel and convey his own awareness to others. Through his work, Thierry employs photography to empower, to reveal what is generally invisible, and to voice what is often muted. The artist describes his series as “an ode to all people who are still not free to live and express their sexuality”.

In 2013 Thierry began documenting the Dutch Ballroom scene, later travelling to Paris, New York, London and Berlin to document the respective local scenes. . This underground phenomenon originated in 19th-century America, where the LGBTQ community gathered for drag masquerade balls where their identity could freely be expressed. Racism experienced by black participants led to the initiation of balls for the black queer community specifically in the 1970s. The competitors engage in dance-off categories such as ‘voguing’: a highly stylised modern house dance inspired by hieroglyphs and modelling poses. In this day Thierry shows that the spirit of resistance, manifested in uncompromised self-expression, remains vibrant and resilient. By creating powerful portraits of various members of Dutch and Parisian houses, he highlights how these houses function to prepare contestants for the Ball, while constituting informal support structures for those facing discrimination or hostility in daily life.

This exhibition is made possible with support of the Van Bijlevelt Foundation and Kleurgamma. With thanks to the Van Abbemuseum.