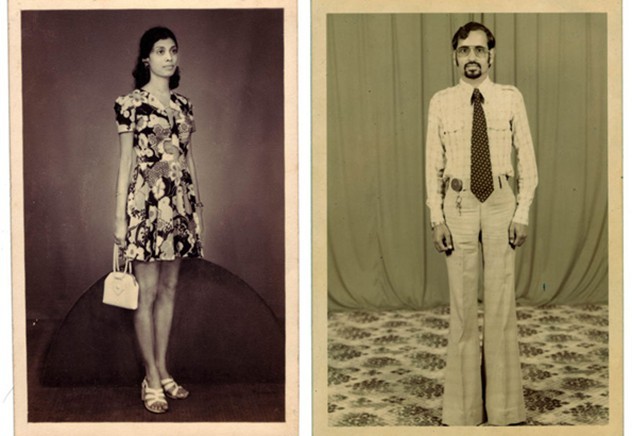 Album Beauty is an ode to the vanishing era of the photo album as told through the collection of Erik Kessels (1966, The Netherlands). Once commonplace in every home, the photo album has been replaced by the digital age where images live online and on hard drives. Photo albums were once a repository for family history, often representing a manufactured family as edited for display. They speak of birth, death, beauty, sexuality, pride, happiness, youth, competition, exploration, complicity and friendship. Album Beauty is an exhibition about the visual anthropology of the photo album.
Walking through the exhibition will be like leafing through a photo album. Erik Kessels is known for his unorthodox manner of installation and Album Beauty is no exception. On display will be hundreds of photo albums, all telling different but familiar stories. Some albums will be exaggerated in size and exhibited as wallpaper while others will be displayed in their original format. There will be interactive albums to flip through and life size cut outs for the viewer to walk around. Album Beauty features the endless formats of analogue photography many of which are no longer manufactured as well.
Erick Kessels is a collector of vernacular photography and has spent many a Saturday at outdoor markets and junk stores collecting these amateur narratives. He is often drawn to their imperfections. These flawed executions and/or scared appearances of old age tell another part of their story. According to Kessels: "A long and dedicated search through photo albums will occasionally reveal something less than perfection, something other than an entry in the competition to appear normal. And in these cracks, beauty may be found."
Kessels has published several books on vernacular photography. He is also an editor of the alternative photography magazine Useful Photography in which various forms of applied photography are presented. This includes images posted on eBay, pictures of missing persons, photos used in advertising, and failed amateur snaps. He has curated exhibitions such as Foam's inaugural exhibition Dutch Delight in 2001, and co-curated the New York Photo Festival in 2010, and From Here on at Rencontres Internationales de la Photographie in Arles in 2011. Kessels is co-founder and creative director of KesselsKramer, an independent international communications agency located in Amsterdam and London.
www.foam.nl