Standing in the Sun 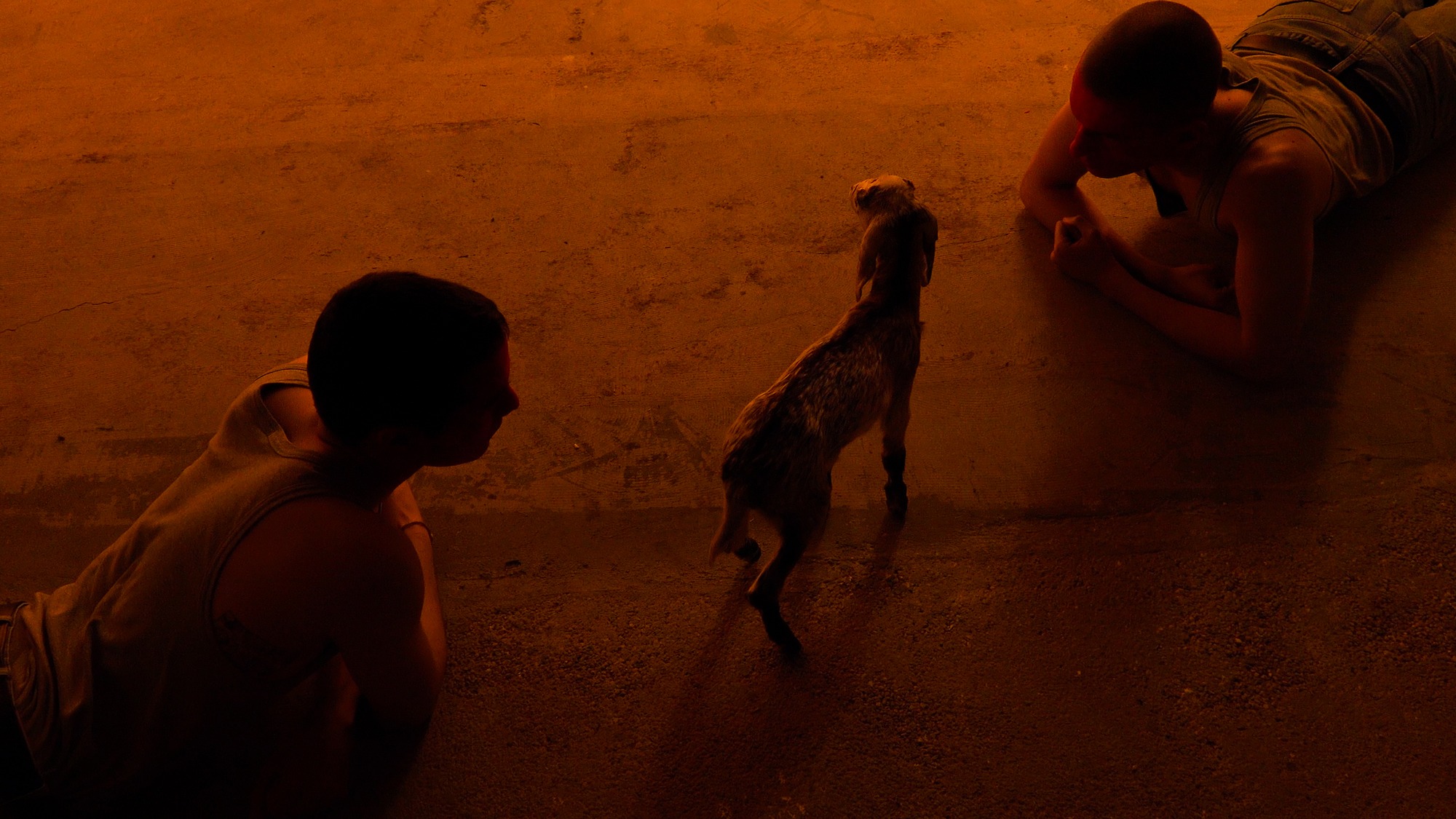 During the shortest and darkest days of the year, Gemeente Amsterdam and Foam Photography Museum Amsterdam present Visual Head, a video installation in the public space.

This year we are back at Het Stenen Hoofd with Standing in The Sun by photographer and director Viktor Naumovski.

Standing in The Sun is inspired by the emotional experience of growing up in a country in transition. It’s an alternative narrative. This is a coming of age story focusing on a group of boys living in suburban Skopje, Macedonia. The nation’s state of transition is explored from the boys’ perspective where masculinity and national pride are highly celebrated and admired.

The film is based on a time when the real and the imaginary folded neatly into one another. The boys spent their days playing in the dirt during Macedonia’s passage from war to westernisation.

Standing in the Sun is screened without sound at Het Stenen Hoofd.

ABOUT VIKTOR NAUMOVSKI
Viktor Naumovski (b.1996) is a Macedonian photographer and director based between Skopje and London. Born into a family with no artistic aspirations whatsoever, but with a lot of love and imagination, he spent his childhood playing with his family’s animals in the suburbs of Skopje. This led to his artistic motivation and areas of interest. Heritage, family/intimate relationships, performed identity and representation all serve as a key to his self-exploration.

Throughout his career, Naumovski has presented his works with the likes of Foam Museum, Unseen Photo Festival and Rencontres d’Arles, and has worked on commissions for clients including Louis Vuitton, JW Anderson, Gucci and Vogue Italia.

Visual Head at Het Stenen Hoofd is made possible by Gemeente Amsterdam, District West and BeamSystems.