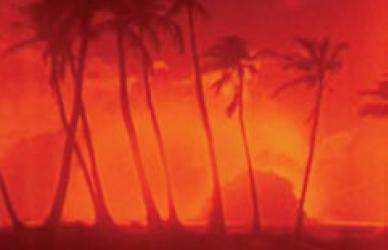 The joint exhibition by Foksal Gallery Foundation, Warsaw, and kurimanzutto, Mexico, is the result of many conferences and discussions. The galleries met for the first time in 2002 at the Fair exhibition at the Royal College of Art in London, which presented galleries, collectives and organisations experimenting with the gallery formula. kurimanzutto was a homeless gallery at the time, each time seeking a different location for its projects. Foksal Gallery Foundation always tried to create an open and variable structure. Both galleries defined their mission as that of placing local artists and histories in an international context and strengthening the local scene by confronting it with new ideas. We used free-market mechanisms to facilitate projects going beyond the commercial framework.
Since then, we met many times, in various places, noticing ever more often that our model had become the common modus operandi. The openness to minority and local discourses that became the essence of the contemporary network culture provoked a lot of interest in marginal positions and made it possible for local artists and issues to gain a presence in the international discourse. This discourse, however, has its limits, and it seems we are reaching them right now. The information-exchange system leaves ever less place for unclear motivations and selfless action. That is why we decided to organise an exhibition in Warsaw, to look at our record from a closer perspective, and to return to some of the ideas that had had an early influence on us.
Our interest in artistic experimentation and in the minimal gesture with the heroic potential to change the world has caused us to feature two historical artists in the exhibition: Andre Cadere and Edward Krasiński. Born in Warsaw, Andre Cadere (1940–1978), acting in an undefined, often non-institutional space, became one of those artists who had broadened the field of art. Edward Krasiński (1925–2003) was a master of illusionist installations, interventions, and reality traps. His appearance on the „global scene” was announced by the blue line. One obvious continuator of this attitude is Cezary Bodzianowski, an artist whose subtle interventions can change our perception of the everyday reality.
Two other artists featured in the exhibition are Gabriel Orozco and Mirosław Bałka. Orozco was one of the founding fathers of kurimanzutto, and his investigations into the view of reality and his magic realism became an inspiration for many Mexican artists of the younger generation. Mirosław Bałka played a part in the founding of Foksal Gallery Foundation He is an artist who gave a new expression to his localness and transposed it into the international dimension. Two important artists active since the 1980s significantly broaden the scope of the two galleries’ historical references.
The diversity of the contemporary artistic practices finds its common source in a critical and aesthetical analysis of local modernism, particularly evident in the works of Damien Ortega and Monika Sosnowska. Hence one of the exhibition’s layers are works connected with the modernist space of the Foksal Gallery Foundation (a pavilion built in 1962). Another level are pop-culture references, often imbued with spiritual overtones, as is the case with Daniel Guzman or Paweł Althamer, or social-space interventions, like in the work of Minerva Cuevas or Anna Niesterowicz.
The Exotic Journey Ends is an exhibition that explores the state of exhaustion. Its symptoms can represent inspiring material for artistic endeavours, and their strength can overcome it.
www.fgf.com.pl