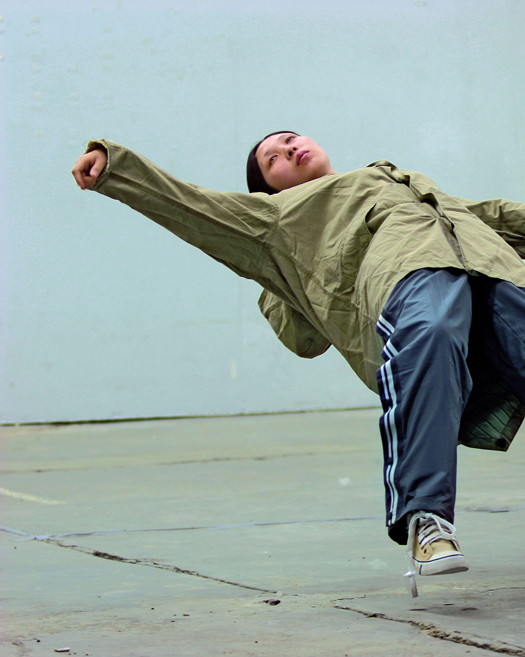 A slender girl wearing a t-shirt and sneakers speaks in a low voice. She introduces herself as a Manga character who has been morphed into a human being. A man in camouflage trousers turns his back on us. A young woman loses her footing. The Manga girl, the veteran and the woman in freefall are all actors taking part in an exhibition project, organized by curators Klaus Biesenbach and Hans Ulrich Obrist who invited 12 international artists to transform the museum space into a stage. The route through the 12 rooms, all identical in appearance, ensures very direct, intense encounters; where it is left up to the visitor whether they stay, go, or come back.
In a period in which the concept of the autonomous artwork has lost something of its aura, the interest in historical and contemporary performances has grown immensely. The performing arts played a key role in establishing the original Folkwang vision, as they did in the development of the curriculum at the Folkwang University of the Arts. The 12 Rooms exhibition is Museum Folkwang’s way of opening itself up to the performing arts; taking part in the Ruhr Triennale this year for the very first time as both partner and venue.
www.museum-folkwang.de