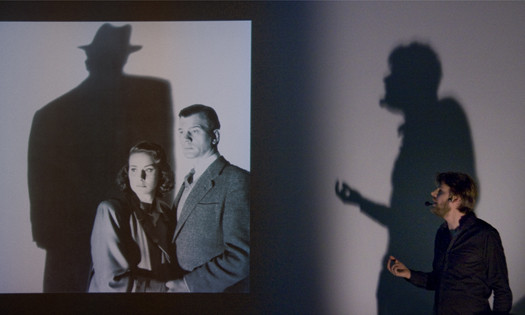 Three young artists present their works on the topic of "Language". They are this year’s recipients of the ars viva – Fine Arts Award.

Erik Bünger, born in Växjö, Sweden in 1976, studied composition and electro-acoustic composition. For his lecture performances, videos and installations he uses already existing pieces of music, video clips, films and documentation. Through mixing and recombining the material he found, he illustrates the use of language in pop culture audio and video recordings.

Philipp Goldbach, born in Cologne in 1978, focuses in his work not on language in its function as an instrument of communication, but on the relation between support and the written word. The transience of materials and the information value of the written word are reflected in the photographic series Tafelbilder. Goldbach treats the origins and reproduction of writing and typefaces as well as their functions in a variety of ways – be it in dealing with the process of photocomposition as a link between analogue photography and typefaces or in the handwritten copies of the major works of idealistic philosophy and travel reports from the 19th century.

Juergen Staack, born in Doberlug-Kirchhain in 1978, places the relation between image and description in the foreground of his most recent work, asking what makes an image an image. Images begin to speak, photos disappear, are deleted, can only be kept alive in description or memory. In other works the artist translates photography into language and tone. For the exhibition, Juergen Staack will develop an installative performance with simultaneous interpretation.

The Cultural Circle of the BDI has been giving awards in the areas of architecture, music, literature and fine arts since 1953. Linked to the latter is an exhibition tour, beginning in the Museum Folkwang and continuing to Riga Art Space (Riga, March to May 2012) and the Weserburg Museum für moderne Kunst, Bremen (June to September 2012).

The exhibition opening will take place in Essen as part of the 60th anniversary of the Cultural Circle of the BDI.
www.museum-folkwang.de