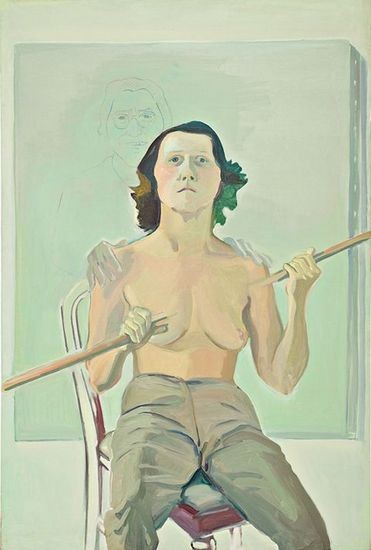 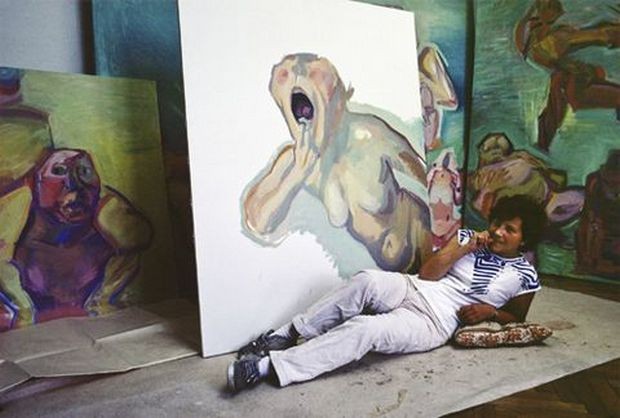 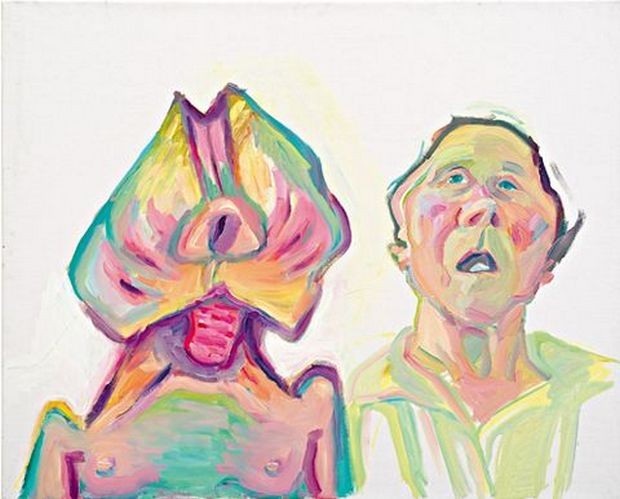 Maria Lassnig (1919–2014) ranks among the most important artists of her generation. She turned to her own body as both the starting point and subject for her paintings and drawings: How does it feel to be in one’s own body, and how can this feeling be lent visual form? The Austrian artist, who only achieved widespread acclaim late in her career, grappled with these questions throughout her life. Visitors to the major retrospective will have the chance to see the full range of her work in an exhibition featuring over 40 paintings and selected films.

Over the course of the many years in which she created artworks, Maria Lassnig frequently changed style, though never her theme. She unceasingly continued to give visual form to her bodily sensations. For her, sight was both an inner and outer sense: in the act of painting her gaze was simultaneously directed inwards, towards her own body, but also outwards, at the canvas. ‘Here I painted a nose realistically but without a mouth to go with it, because I couldn’t feel my mouth,’ she once explained. Well before the representatives of Viennese Actionism and Body Art did so, she defined the body as the core of her artistic practice. Her first ‘body awareness drawings’, as she called them, were created as early as 1948. The following decades gave rise to a unique and unfailingly compelling body of work, which today – in our age of digital ‘disembodiment’ – seems more significant than ever.

The exhibition shows Lassnig’s work from all facets of her diverse oeuvre: from her early abstracts, inspired by Art Informel, via works that function as meditations on the gaze, through to the numerous self-portraits which serve as particularly vivid illustrations of her artistic approach. These include impressive painted works depicting metamorphoses of the artist’s self: objects – a saucepan, for example – might serve as substitutes for certain parts of the body. Lassnig would also frequently depict patches, opaque glasses where the eyes should be, or indeed leave them out altogether. A recurrent theme of her paintings is the proliferation of bodies, which might be accompanied by animal doppelgängers, as in Two Ways of Being (Double Self-Portrait), or even fourfold replications, such as in the response to pain depicted in a work entitled Hospital.

Video also forms an important part of Maria Lassnig’s work and similarly features in the exhibition. While in some respects her films continue to pursue themes explored in her paintings, they also display the sort of humour inherent in self-characterization, which in turn entails narrative elements that go well beyond what can be conveyed in painting.
www.museum-folkwang.de