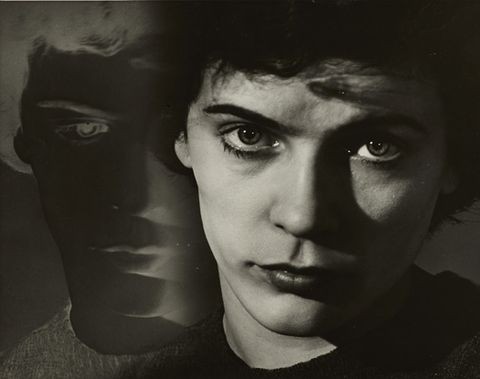 Otto Steinert would have turned 100 on 12 July of this year. Museum Folkwang will be marking this anniversary with an exhibition showcasing works from the artist’s comprehensive estate, which the museum succeeded in acquiring for its photographic collection after the great photographer and photography teacher’s death. Otto Steinert, who was born in Saarbrucken in 1915 and died in Essen in 1978 after having taught there for 18 years, like few others shaped German 1950s and 1960s photography.

The exhibition focusses on Steinert’s own artistic output, examined from the perspective of his seminal text “Über die Gestaltungsmöglichkeiten der Fotografie” (‘On the Creative Possibilities of Photography’), which he published as part of the catalogue accompanying the 2nd Exhibition on Subjective Photography. In the text, he frames the four levels of achievement in photographic work, which find their artistic climax either in a representational photographic composition or an absolute photographic composition.

By looking at Steinert’s master pieces as well as some of his lesser-known works, the exhibition demonstrates the great extent to which the champion of West German post-War photography considered the vast chapter of photographic abstraction to be the final objective behind his oeuvre: Steinert placed the creation of an autonomous, distinct pictorial reality above the mere portrayal of existing realities.

Expanding on the formal experiments carried out in the New Vision movement of the 1920s and 1930s, Steinert’s preferred photographic means were photograms, rigorous black and white reduction, strict cropping, time exposures, the inversion of tonal values and multiple exposures carried out in the dark room. Photographs of a young Otto Steinert further trace his practical and theoretical artistic path.

The selection of works is complemented by Abstract Expressionist paintings from the same era.
www.museum-folkwang.de