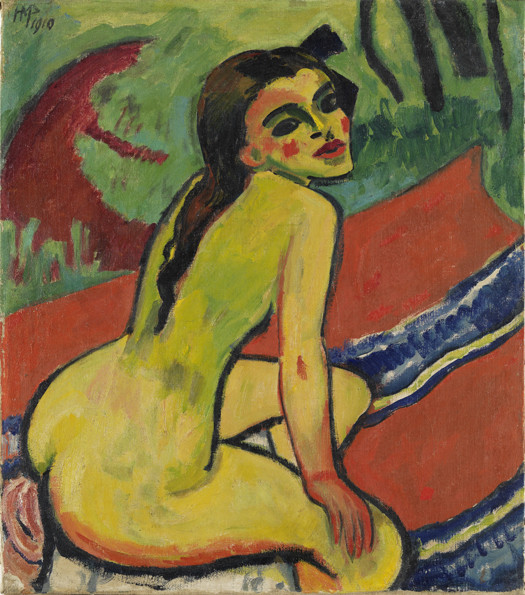 The Museum Folkwang is dedicating an exceptional exhibition to one of the most fascinating chapters in early 20th century art. It is confronting, for the first time, the “Fauves”, the so-called “Wild Ones” in French art – Henri Matisse, André Derain, Maurice de Vlaminck – with the Norwegian Edvard Munch and the young German and Russian Expressionists Ernst Ludwig Kirchner, Erich Heckel, Alexej von Jawlensky, Wassily Kandinsky, Gabriele Münter and Franz Marc. The Fauves chose an entirely original artistic path: redefining the relationship between art and nature in their paintings, they allowed the pictorial space to unfold through the powerful interaction of different colours.

The artist in Germany attentively followed this new painting and took it as a starting point for their own revolutionary developments. Also Edvard Munch who played a central role for the development of Expressionism.

With this exhibition, the Museum Folkwang is carrying on the work of Karl Ernst Osthaus, who from 1906 presented and bought works of the Fauve, the Expressionists and Edvard Munch. This early support by the Museum now leads to the exhibition The Ecstasy of Colour – Munch, Matisse and the Expressionists, in which key works will show Fauvism’s special role. It reveals a defining age for the development of art in France and especially in Germany. The Museum Folkwang is also able to contribute important works from its own collection to the project.
www.museum-folkwang.de