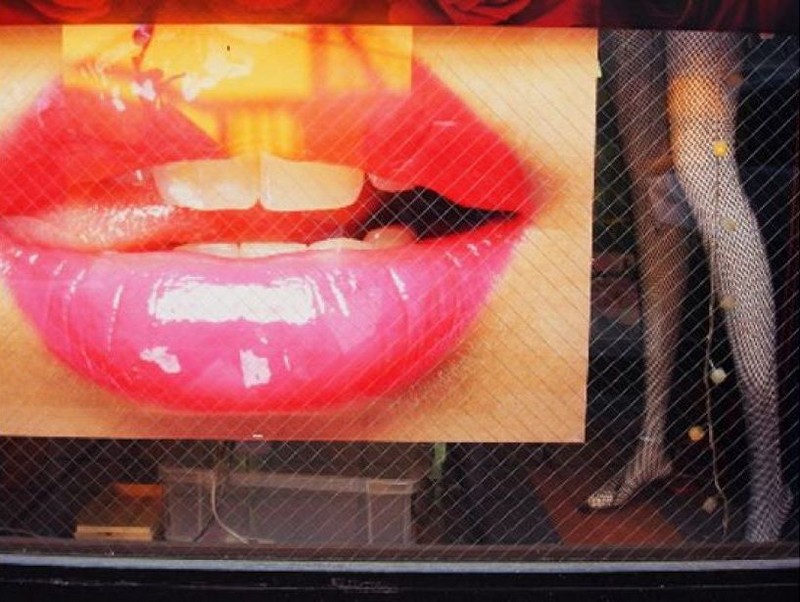 Twelve years after his first exhibition at the Fondation Cartier pour l’art contemporain in 2003, the eminent Japanese photographer Daido Moriyama will return to the foundation for a new exhibition that focuses on his recent work. Featuring a large selection of color photographs, Daido Tokyo will shed light on this lesser-known yet ubiquitous aspect of his photographic practice over the last two decades. The Fondation Cartier has also commissioned a new work from Moriyama in conjunction with the exhibition. Entitled Dog and Mesh Tights, this immersive multiscreen projection of black and white photographs will plunge viewers into the commotion of the contemporary city, capturing fragments of daily life from its unrelenting urban hustle and bustle.

DAIDO MORIYAMA
Like many other photographers of his generation, Moriyama witnessed the dramatic changes that took place in Japan in the decades following World War II. In response, he sought to invent a new visual language to express the conflicting realities of a society caught between tradition and modernity. Following his studies in graphic design in Osaka, Daido Moriyama decided to take up photography and moved to Tokyo in 1961. There, he gravitated toward the work of the avant-garde photographers of the Vivo Agency, in particular thatof Shomei Tomatsu and Eikoh Hosoe, drawing from the former a fascination for the bizarre underworld of Japanese street life and from the latter a sense of the theatrical and the erotic. It was also during this time that he discovered the work of two American photographers, William Klein and Robert Frank, developing an interest in the action-oriented approach to street photography that characterizes their work. These photographers would notably influence Moriyama’s photographic style, inspiring him to capture his subjects while walking through the streets, using a small hand-held camera as if it were an extension of his body. These diverse influences can be seen in his early work – when he was starting out as a freelance photographer in 1964 – as well as later in his contributions to Provoke, an avant-garde photographic magazine he joined in 1968. Out of focus, vertiginously tilted or invasively cropped, Moriyama’s images reflect the disjunctive nature of contemporary urban experience.

This style of black-and-white photography would characterize the photographs of his first publications, Japan: A Photo Theater (1968) and Farewell, Photography (1972), and establish his reputation as a photographer of international importance.

IMAGES OF TOKYO
Daido Moriyama’s work has frequently focused on the city of Tokyo, in particular on his own neighborhood in the Shinjuku district. Defamiliarizing items from everyday life, he photographs faded posters, reflections in shop windows, odd-shaped pipes, the faces of people passing in the street. Rather than carefully selecting and framing his images, he shoots freely without looking through the viewfinder, using his body more than his eyes to capture reality. Blurred and askew, the resultant photographs are characterized by haste, a “snapshot aesthetic” favored by the artist. Breaking with the convention of the carefully composed image, Daido Moriyama invents a powerful and remarkably expressive visual language that conveys the sense of a disordered urban reality.

COLOR
In the 1970s, Daido Moriyama began experimenting with color photography, an interest that grew with the arrival of the digital camera. By the early 2000s,he was mainly shooting in color, and then converting the photographs to black and white. From 2008 to 2015, he produced thousands of digital images, some of which he chose to keep in color. A large number of these works are featured in the exhibition at the Fondation Cartier. In his photographs, color is not opposed to black-and-white; the two are instead complementary. For Moriyama, black and white images are associated with the realm of the symbolic, while color speaks explicitly of reality, of the world and the people around him when he is out on the streets of Tokyo: “ The black and white tells about my inner worlds, my emotions and deep feelingsthat I feel every day walking through the streets of Tokyo or other cities, as a vagabond aimlessly. The color describes what I meet without any filters, and I like to record the instant for the way it looks to me. The first one is rich in contrast, is harsh and fully reflects my solitary nature. The second one is polite, gentle, as I set myself towards the world.” Products of direct confrontations with the urban environment, the photographs of Daido Moriyama present a vision of the world caught between reality and subjective experience.

DOG AND MESH TIGHTS
Commissioned specifically for the exhibition, Dog and Mesh Tights explores the obscure and unremarked corners of the urban environment. Over a 9 months period ( July 2014 – March 2015), Moriyama captured subjects he encountered on the streets, such as exterior walls of buildings, or in deserted back alleys during his urban wanderings. Made up of images from each of the citieshe visited during that period – Tokyo, Hong Kong, Taipei, Arles, Houston and Los Angeles – the resulting ‘photographic map’ of the world resembles an unfinished jigsaw puzzle, conveying “the confusing interaction of people and things” in the urban environment.
www.fondationcartier.com