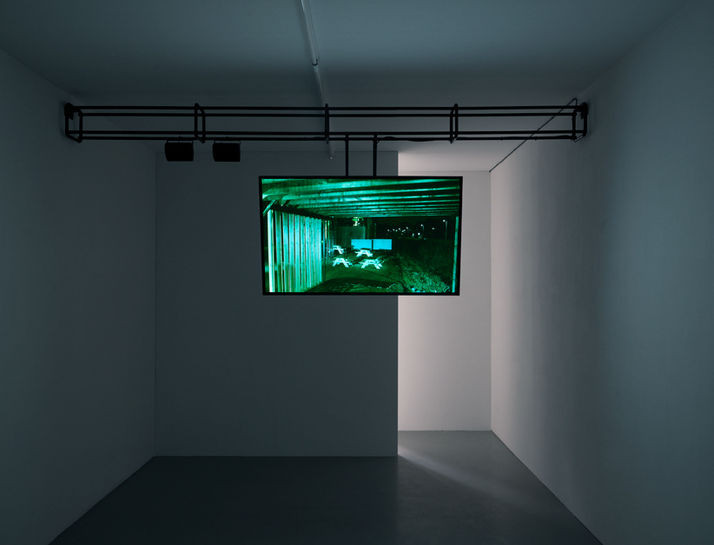 In Dan Walwin’s videos and installations, originating from (field) research and the result of rigorously constructed arrangements, a visual space is opened up, that is at once highly detailed and indefinite.
For his newest work “Cess, jel ever terrass?” in Galerie Fons Welters’ Playstation, Walwin used a motion controlled camera to execute a precise choreography. The smooth gliding back and forth within the scene lock it inside a hypnotic loop. Paradoxically, the high definition quality of the images seems to highlight the artificiality of the exhibited scene. The camera turns, closes in and pulls back again. And just like the soundtrack suddenly arises and disappears, these images keep resonating in an elusive way. Significantly, there is a question mark ‘concluding’ the curious title of the exhibition.