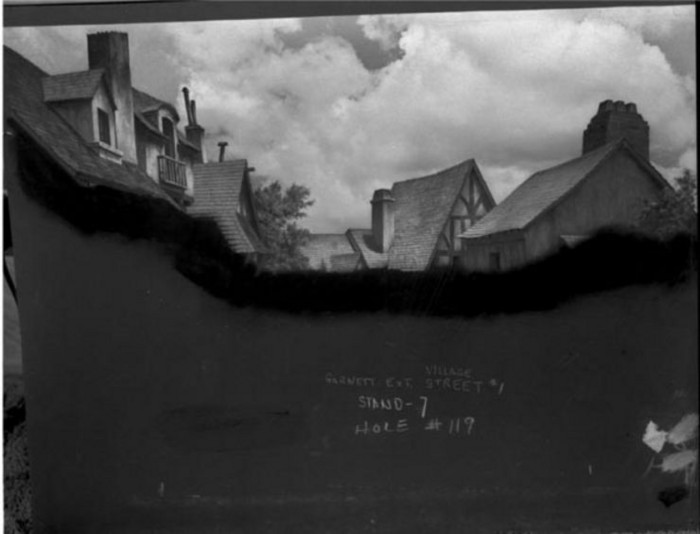 GABRIEL LESTER
Is No Great Wonder If In The Long Process Of Time, While Fortune Takes Her Course Hither And Thither, Numerous Coincidences Should Spontaneously Occur
9 April - 14 May, 2011

In dialogue with curator Krist Gruijthuijsen, Gabriel Lester has conceived an exhibition that responds to his earlier investigations of the notion of "fortune" and "luck", one of the dominant themes in his work over the past two years. This fascination is part of Lester's ongoing exploration of the mechanisms of illusion and the sleight of hand that cause us to suspend our disbelief.

The dictionary explicitly defines “fortune” as a form of chance or luck, an external, arbitrary force affecting human affairs, and, at the same time, as a large stock of wealth. Goddess Fortuna, the personification of luck (both good and bad) in Greco-Roman mythology, represents the unpredictability of human destiny. This unpredictability forms the starting point for a series of works in which Lester aims to articulate the capricious nature of fate by examining the politics of its physical and conceptual representation and objectification.

The title of the exhibition is a quote from Lucius Mestrius Plutarchus (Plutarch), a Greek historian, biographer, essayist, and Middle Platonist known primarily for his works
Parallel Lives and Moralia. Plutarch described his writings not as histories but as lives: “In the most glorious deeds there is not always an indication of virtue or vice, indeed a small thing like a phrase or a jest often makes a greater revelation of a character than battles where thousands die.” These “microscopic” occurrences that give rise to profound revelations form the core of Lester’s recent investigation, which is reflected in the juxtaposition of the title’s key words: wonder, fortune, coincidences, spontaneously.

The exhibition at Galerie Fons Welters features works that demystify and re-appropriate the aesthetics and structures (often illusionary) of authentic artefacts from the history of commercial and popular culture that invoke concepts such as fortune, destiny and coincidence. Lester’s strong affinity for cinematic constructs and references (Rhapsody in Blue, The Thing from Another World, Conan the Barbarian) is on display alongside works that address issues like the hereditary randomness of physical features or the aesthetics of e-mail spam and its promise of immense wealth. The exhibition thus emphasizes the various layered meanings of chance and the ways that fortune can be triggered or manufactured. This approach connects it with two other Lester exhibitions: last year’s DiLSiZ at Rodeo Gallery in Istanbul, and Suspension of Disbelief, currently on show at Museum Boijmans van Beuningen in Rotterdam.
www.fonswelters.nl