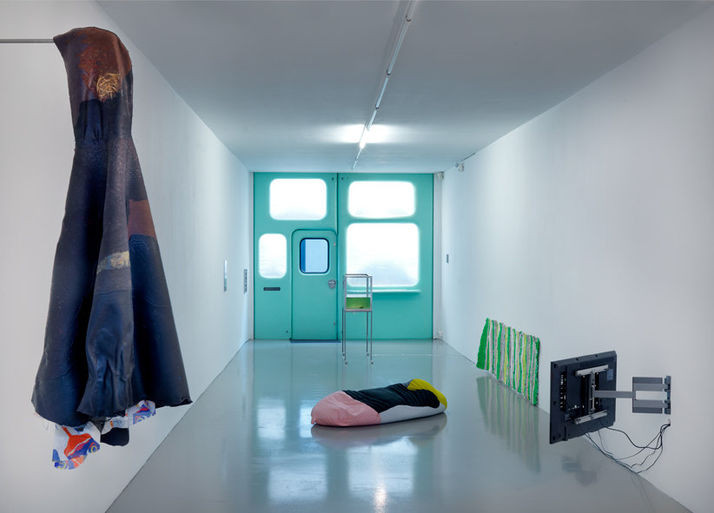 Galerie Fons Welters is proud to invite you to the exhibition 'A chapter for making transformations’, as part of rw nw prt m hrw by Lukas Hoffmann and Susan Kooi. The enigmatic title Rw nw prt m hrw is a direct transliteration of the ancient Egyptian Book of the Death, a collection of magical texts and vignettes (written on papyrus or the sarcophagus) in order to help the dead pass through the dangers of the Underworld and attain an afterlife of bliss in the “Field of Reeds”. The ancient Egyptians held a strong belief in the power of the spoken and written word and those who had access to these magic spells, were believed to be directly endowed with their power. Though certain spells were considered to be essential, one could chose to their liking from a variety of paths in the afterlife.

For the second installment of this series of exhibitions, Hoffmann and Kooi focus on one particular chapter, namely the one offering “formulas for coming forth into day”. Here the deceased is offered different spells to reenter the world of the living during daytime by reincarnating into different creatures, or gods even, each with their own advantages. While turning the front space of the gallery into a passage itself, Hoffmann and Kooi tell a story of metamorphosis through a constellation of works. In for example the video titled 'My name is not say my name’, together with the protagonist we enter the darkness, travel through bright colored rivers while he (“who comes forth into day”) utters his spells to resurrect and reincarnate into a Hawk Divine, a Double Lion or a Lotus flower. The video shifts from magic hieroglyphs, to informative language, gothic special effects and contemporary club dance moves. As the deceased regains his powers and becomes a free spirit in the Field of Reeds, we enter an endless loop of possibilities.

In this exhibition the idea of transformation does not rest solely with afterlives and eternal hunting fields; a remove from bodily presence, from singular juxtapositions of the human and the other is suggested as well. Shapeshifting into wishful body-doubles that attract and repel, comfort and unsettle, the exhibition hints towards the multiplicity contained within the same self and offers new positions.
[LC]

Lukas Hoffmann and Susan Kooi met at the Rietveld Academy in Amsterdam (where they both graduated in 2012). Hoffmann and Kooi work individually, together and as part of Samet Yilmaz (formerly known as k.i.Beyonce), an artist run space and working collective that ‘developed a way of ‘being in the art world’.

The first installment of rw nw prt m hrw ‘Chapter for knowing all chapters’ can be viewed here: https://vimeo.com/113150815