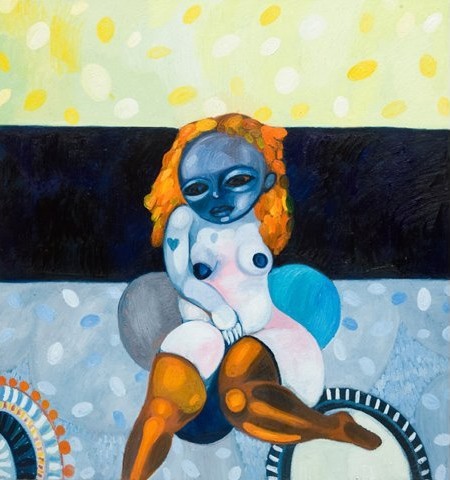 Galeria Fortes Vilaça and Galeria Bergamin are pleased to present the group show Nudes. With works by 57 artists in various languages, the exhibition uses the “nude” as a connecting point between contemporary art and modern art. The selection of artworks identifies reinterpretations of the drawing of live models, references to art history and to a recurrence of the pose – as a sign of proportion and harmony, a political attitude or a strategy for seduction. Another important aspect is the relation between the formal interest in the nude and the discourses concerning gender, fragility, and the fragmentation of the body.

At Galeria Bergamin the focus is on artworks that make reference to historical nudes. In the painting Loverboy, American artist TM Davy appropriates Olympia, 1863, by Edouard Manet, replacing the famous young woman with a nude young male with an erect penis. Alone (Otahi), 2006, by Vik Muniz, is also a contemporary version of an impressionist painting, this time by Paul Gauguin. Another nude is signed by Chaguin, an impressionist painter invented by the Japanese contemporary artists Hiroshi Sugito and Yoshitomo Nara. Other modern vanguard references, artworks from the Renaissance, and even a prehistoric Venus appear in the photos by American photographer Mitch Epstein, in the works by Rio de Janeiro artist Laura Lima and in the sculpture by São Paulo artist Erika Verzutti.

A third group of works deals with fragmentation. In the pieces by the artists Odires Mlázho, Marcos Chaves and Ivan Serpa, and in those by American artist Joshua Callagham, the body appears distorted, duplicated, and even in a state of dissolution.

Nus is a unique opportunity for the public to experience the encounter of works by Brazilian artists from different generations, and by international artists. The show opens the gallery’s calendar of exhibitions for 2009, and will enjoy a long run, until April 4th